Sakhalin, the strategic and energy 'paradise' with which Putin connects to Asia

The island of Sakhalin is an oblast (province), an appendage that, like Kaliningrad, is separated from mother Russia, but its position has enormous relevance, especially in the current scenario. 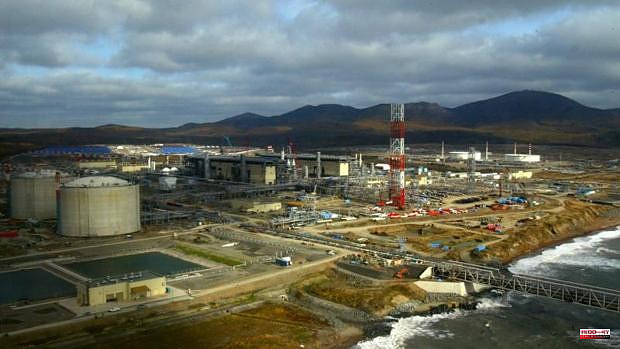 The island of Sakhalin is an oblast (province), an appendage that, like Kaliningrad, is separated from mother Russia, but its position has enormous relevance, especially in the current scenario. It allows Moscow to have control of the seas, of commercial and military routes, and constitutes the great pantry of crude oil and especially of hydrocarbons that comes to make the largest country on the planet richer in resources. His ability to influence is greater than suspected. It is an island of 76,400 square kilometers subject to the influence of the Arctic and populated by half a million inhabitants. Powerful gas pipeline projects and Russia's first liquefied gas (LNG) plant have been developed here.

Enrique Ayala, an analyst at Fundación Alternativas and a retired brigadier general, points out that "in 1875, in exchange for Japan giving up its rights on the island of Sakhalin, along the coast of eastern Siberia, Russia ceded the rest of the Kuril Islands to Japan. It was then that it became part of the Russian orbit. Analysts from the Foundation for Strategic and International Studies (Fesei) establish its strategic value by "its geographical position, close to markets as large as China, Japan and South Korea." And they value that "its important natural resources demonstrate its economic potential as a window from Russia to Asia." "The territory has rich timber, fish, coal and strategic mineral resources, such as gold," they detail.

In addition, this strategic position allows it to act as a control barrier to the Sea of ​​Okhotsk. And it creates an outlet from Russia to the oceans bypassing the straits controlled by Western countries or their partners. The increased strategic value of the Arctic also outlines Sakhalin as a key territorial element. Ayala points out that the Russian nuclear deterrent submarines are based in the Russian Sea of ​​Okhotsk and allow a foreign submarine invasion to be controlled if it occurs. For this reason, the Russian Government has proceeded to increase the troops deployed there, especially anti-aircraft systems. Just a few weeks ago, it was carrying out training maneuvers with 40 warships. In fact, Putin has been conducting naval training exercises since the beginning of the year and coordinating them with other parts of the world. One of the big deployments was made in January, before the start of the war with Ukraine.

In short, according to Fesei, “Sakhalin gives Moscow a competitive advantage by accessing what is the world's largest market, the Asia-Pacific region. In this sense, the gradual opening of new markets, such as India or even the possible construction of a trans-Korean gas pipeline, will mean a strong boost to the region».

On the island we find the Sakhalin 1 and 2 gas pipelines, on which Japan depends enormously, since in recent years it wanted to end its dependence on gas from the Middle East. Sajalín-1 contains three deposits and has a potential of 307 million oil and 485,000 million m3 of gas. Sakhalin-2 reserves are estimated at 140 billion oil and 408 billion cubic meters of gas, according to the Kremlin. The Japanese government is concerned that if it withdraws as part of the ownership of these gas pipelines, a third country could quickly take its place, such as China, and that it would make attempts to strangle Putin economically useless.

It should also be noted that Sakhalin has an ominous past. It was a former penal colony where inmates lived in subhuman conditions and a Soviet military post. And in the context of the war in Ukraine, human rights groups have reported that more than 600 Ukrainians were kidnapped and transferred to Sakhalin for re-education.

Beyond this, what worries powers like the US is that while in the Ukraine conflict China's support for Russia has been ambiguous, in the Pacific they have carried out joint air maneuvers that, according to Japan, have invaded Japanese airspace. . That would clearly change the distribution of forces and future threats. In addition, the island of Sakhalin guarantees Moscow the possibility of making great profits, beyond the sanctions.

1 Follow live the Cerundolo - Nadal 2 Shock in Formula 1 after Nelson Piquet calls Hamilton... 3 Arrested for throwing two glass glasses and threatening... 4 Mazón, on the Oltra case: "There is no consistency... 5 Requena presents his candidacy to enter the Regulatory... 6 The Prosecutor's Office investigates the deaths... 7 The Spanish Prosecutor's Office opens an investigation... 8 Two female lynxes, mother and daughter, raise their... 9 29 individuals identified for carrying out anti-NATO... 10 This was the catastrophic failure of the Russian air... 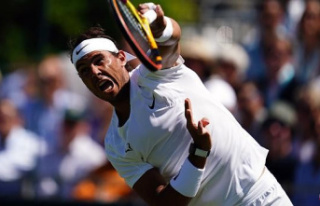