Ryanair is confident that the cabin crew strike that began this Friday in Spain will hardly have an impact on its programming. 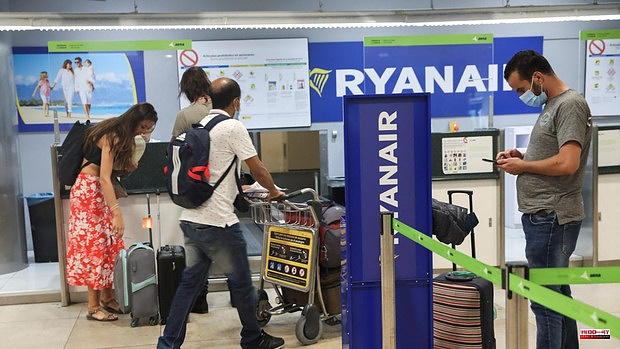 Ryanair is confident that the cabin crew strike that began this Friday in Spain will hardly have an impact on its programming. The airline sent the unions on Thursday a list of flights that it considers protected by the minimum services (and for which it will summon workers) which, according to the workers' organizations, includes 100% of its planned schedule.

In other words, the Irish company does not plan to cancel any flight from Spain during the day this Friday. In total, it will operate 438 flights in Spain. In addition, the company has summoned 80% more personnel than on a normal day to carry out "imaginary" shifts (shifts that are carried out inside the airport). Ryanair relies on the minimum services decreed by the Ministry of Transport, although The truth is that the department led by Raquel Sánchez established minimum services that, although they varied depending on the airport, in no case protected more than 82% of the flights.

The unions sent this Thursday a certimail -a certified email with legal validity- to the company in which it warned that it was "manifestly" failing to comply with the minimum services established by Transport.

"Ryanair is sending us an illegal order, which manifestly contravenes the Transport minimum decree, which was already abusive in itself," said the general secretary of USO at Ryanair, Lidia Arasanz, who has stressed that the workers of the airline are "facing the same lack of protection as four years ago." Arasanz refers to the situation experienced in 2018, when the unions and the company already clashed over the minimum services of another strike in Spain. The National Court finally agreed with the workers and established that Ryanair had undermined their right to strike.

Although there are no cancellations on flights from Spain, routes leaving from Belgium to land in our country have been affected. This is because the Belgian crew members are one of the groups that have supported the strike of their Spanish colleagues and in that country the minimum services do not exist. For this reason, Ryanair has canceled 9 connections for this Friday:

Cabin crew are scheduled to strike on June 24, 25, 26 and 30 and July 1 and 2 at the airline's ten bases in Spain (Madrid, Malaga, Seville, Alicante, Valencia, Barcelona, ​​Girona, Santiago of Compostela, Ibiza and Palma de Mallorca). A protest with which these workers demand that the airline sit down again at the negotiating table of what would be the first collective agreement for Ryanair cabin crew.

1 Renfe launches 18 euro tickets to inaugurate the new... 2 A magnet for global talent to approach Spain 3 The Launching Ramp of Entrepreneurship 4 Energy triggers the costs of the countryside, public... 5 Spectacular Ledecky: the American leaves Budapest... 6 Nadal, defeat with good feelings 7 The ups and downs of the LaLiga teams live: Morales... 8 Aleix's indignation, who charges against Race... 9 Poor Spanish participation in the Mediterranean Games 10 The sons of Scottie Pippen and Shaquille O'Neal,... 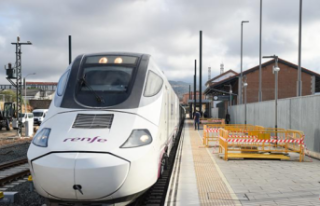