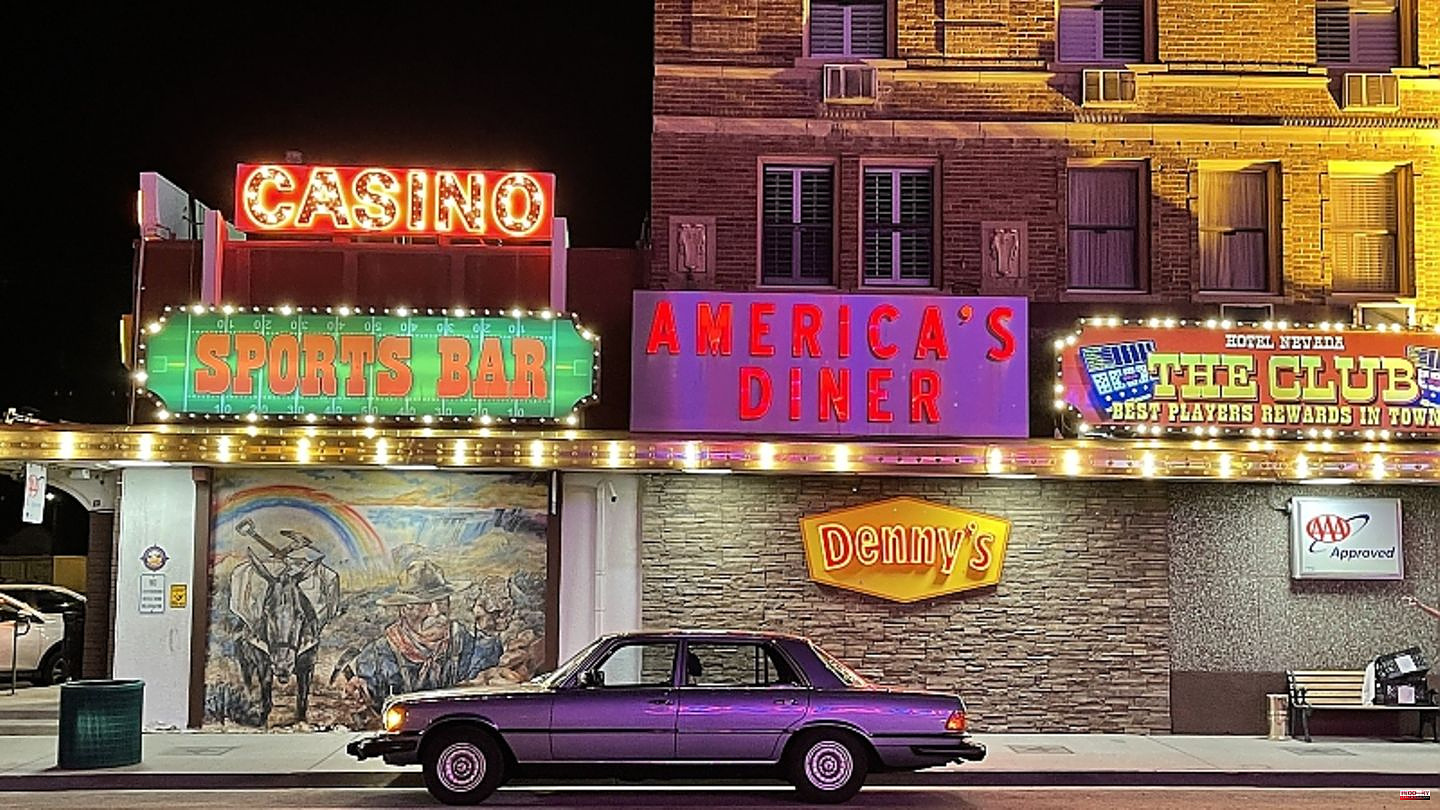 Everyone knows Route 66. However, the legendary dream route of the USA does not begin on the American east coast, but inland in Chicago / Illinois. Opened in 1926, it covers almost 4,000 kilometers and is the never-ending path to great happiness. That's what hundreds of thousands were hoping for in the state of California, where Route 66 ends at the Santa Monica Pier. However, the first connection from the east to the American west coast was the lesser-known Lincoln Highway, which opened in 1914 and connects the two cosmopolitan cities of San Francisco on the Pacific and New York on the Atlantic. Over the decades, the Lincoln Highway has repeatedly changed its exact route, received detours and additions, but more than 100 years ago it was also a route with which many Americans attached great hopes for a better future.

For the tour from west to east on that Lincoln Highway, the choice of wheels falls on a legendary limousine with maximum comfort. The Mercedes 450 SEL of the W116 series was the first luxury model from Swabia to officially introduce the name S-Class and is celebrating its 50th birthday this year. At its premiere in 1972, the Mercedes S-Class was the measure of all automotive things - elegant, spacious and powerful. The ideal vehicle for a very special kind of road trip through 14 states of the USA. In the USA in particular, the 116 series became a real success model, as the S-Class was wirier, more dynamic and not as fancy as the opulent luxury battleships made in America. Apart from the sporty spearhead of the Mercedes 450 SEL 6.9, the standard 450 has been the top model and figurehead of the series since 1974. The travel companion with a mileage of almost 240,000 miles / 380,000 km comes - perfectly maintained - from 1979 and thus from the final phase of its creation. The blue-grey luxury sedan not only has a wheelbase that has been extended by ten centimeters, but also the complete equipment that is customary in the USA, with leather seats, sound system, electric sunroof, aluminum rims and the characteristic four headlight eyes, which together with the expansive US bumpers ensure a unique appearance .

It officially kicks off in San Francisco's Lincoln Park with a little advance notice from Los Angeles and Monterey. Right across from the imposing Palace of the Legion of Honor, behind a bus stop, you can hardly see the boundary post that forms the westernmost point of the highway. Opened in early 1914, the Lincoln Highway was not only the first continuous east-west connection in the United States, but also an advertising platform for the planned highway network that was to run through the United States along the lines of the railroads. When exiting San Francisco, the Lincoln Highway splits more sharply than anywhere else on the route. One route goes through Hayward and Stockton all the way to Sacramento, while the faster version of later years takes smaller stretches past the Napa Valley and is a better choice in this weather given the congested traffic. Through the capital of California, two-lane highways take you on progressively narrowing roads through the Eldorado National Forest to the south shore of perfectly shimmering Lake Tahoe. It's vacation time and the weather is gorgeous - Highway 50 winds its way over wooded heights and makes the US version of the Mercedes 450 SEL, which has only around 180 hp, work up a sweat. It spoils you with great travel comfort and ideal air conditioning. It goes to altitudes of well over 2,000 meters and here not only the weaker US eight-cylinder makes itself felt, but also air conditioning and the three-speed automatic, which robs the five-meter-long luxury model some of its dynamics.

After the forest regions of northern California, it gets flatter, even hotter and faster after the first border crossing towards Nevada. The thermometer shows over 37 degrees in the shade, which one looks for in vain here. As the sun sinks in the wide interior mirror, it's gloomy darkness along the 50s route - known as the "loneliest road in America" ​​- via Austin, Eureka to Ely, where time seems to have stood still in the 70s. In addition to the Railway Museum, everything here revolves around the slightly run-down casinos. The next morning offers the same excellent sunny weather, slightly lower temperatures and a blue-gray Mercedes 450, whose average consumption has leveled off at just under 17 liters after the initial amplitudes. After the state change in the direction of Utah and the time change, the big salt lakes west of Salt Lake City are the next intermediate destination, whereby you can't avoid a detour to the speed paradise of Bonneville. Too bad that the salt lakes are currently under water and the salt damage is not good for a 43-year-old car. Otherwise, the 450 SEL could show on the lake that, unlike most of its US competitors, it easily manages significantly more than the permitted 80 mph.

After a long, double-lane stage, it's good to leave the Interstate again and switch to smaller runways that used to be, with their white and blue signs pointing out the historic Lincoln Highway again and again. After Salt Lake City, you can even continue west on an old unpaved road - the Lincoln Highway not only has atmospheric towns and interesting views, but also some surprises to offer. North of the Porcupine Mountains, Evanston is Wyoming's first notable town. The landscape becomes more monotonous, the 30-degree mark stands and the Mercedes responds to the recurring refueling stops with a frugality of now only 15 liters of Super per 100 kilometers - not bad for a luxury sedan from the 1970s, significantly loaded and with automatic air conditioning or an open sunroof on road. Ever since California disappeared from the outside mirror, fuel prices have also plummeted. While it was up to $6.20 per gallon (3.8 liters) here, the same amount now costs $3.40 to $3.80.

The large states of the USA have their very own character. To the left and right of the road there is not much more to see than endless fields of wheat and corn - seldom broken up by clumps of trees, small towns and countless large silos that are supplied by mowing machines and large tractors. Not only the green or red tractors provide a colorful variety, but also the endlessly long draft worms, which safely drag what feels like hundreds of wagons behind them over the undulating landscape. The places themselves are small; even if the place-name signs do not always reveal the number of inhabitants. In Wyoming you can let go of the reins of the 450, because the traffic is light, the small roads are well constructed and the speed limits are relaxed by US standards at 75 or even 80 mph. After a few days behind the wheel and with more than 2,000 miles driven, the leather seats get a big compliment - you don't notice the 43 years of the W116er - also thanks to upholstery and new animal skins. As a historic vehicle, it is perfect for eating miles. The overnight stop in Cheyenne leaves Denver and the highest elevations of the Rockies farther south outside. When it comes to Nebraska, the traffic doesn't get heavier, the landscapes hardly any different and the small signs of the Lincoln Highway continue to accompany you, as well as trucks and grain elevators. It gets turbulent the next evening in Omaha, because life is pulsating here for the first time since the west coast. Nevertheless, the pandemic has left its deep mark, because not only are the supermarkets locked up, but most restaurants are already closed at 8 p.m. and at 9 p.m. the first steakhouse on the square also sends you across the street - sorry we are closing. The next day it's usually Highway 30, which often stretches a mile to the east - curves? Not a trace!

The route leads to Clinton on the Mississippi near the Iowa-Illinois border via Cedar Rapids. Like many other cities and towns, Clinton has seen better days, but the view of the most famous river in the USA not only puts you in a good mood at dinner and makes you look forward to the next few days. A quick stop in sleepy Franklin Grove, home to the Elm Street Museum and Lincoln Highway Association Headquarters - unfortunately closed. The federal highway 30 remains a constant companion as the development east of DeKalb narrows and thus announces the greater Chicago area, which the old Lincoln Highway fortunately only touches as a tangent. Behind Valparaiso, the eight-cylinder hums over the 30 and cities like Plymouth and Warshaw further into the unknown Fort Wayne, which turns out to be a modern and pretty little town, where some restaurants are even open until 10 p.m. For those who spend 10 to 12 hours behind the wheel every day on the road trip, this is not just a culinary relief. After Fort Wayne / Indiana, it goes parallel to Highway 30 on smaller roads, still past wheat and corn to the east of the USA, once across Ohio to Pennsylvania in the direction of Pittsburgh. The steel capital of the USA announces itself early through the dilapidated industrial cultures along the Ohio River. Visually a culture shock after the endless days in the Wheat and Cornbelt of the United States. The heart of an entire nation beat here until the 19080s – before the steel crisis in the agglomeration of 2.5 million slowly turned off the juice. Many houses are derelict, many steel buildings abandoned - while in the heart of the three-river city of Pittsburgh the first signs of recovery can be seen.

The last leg towards New York - right in the heart of Manhattan to Times Square, where the Lincoln Highway ends in its original route, is not the most spectacular, because apart from the battlefields of Gettysburg and the Memorial to the crash site of Flight 93 on September 11th In 2001, Philadelphia flew by largely unnoticed before the Mercedes 450 SEL, with a mileage of 240,495, tormented its way through downtown Manhattan on Saturday evening to bathe its blue-grey metallic paintwork in a surreal light in the face of the oversized flickering large displays in Times Square. The Mercedes 450 SEL has not only delivered a grandiose performance for its mileage and its age. There couldn't be a better classic - and with fuel costs of little more than 1,000 US dollars and not even 3.5 liters of refilled oil, nobody can complain at around 6,000 kilometers anyway. Preferably going back in the right direction – maybe with a stopover in Chicago and then via Route 66. 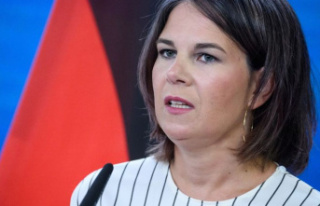