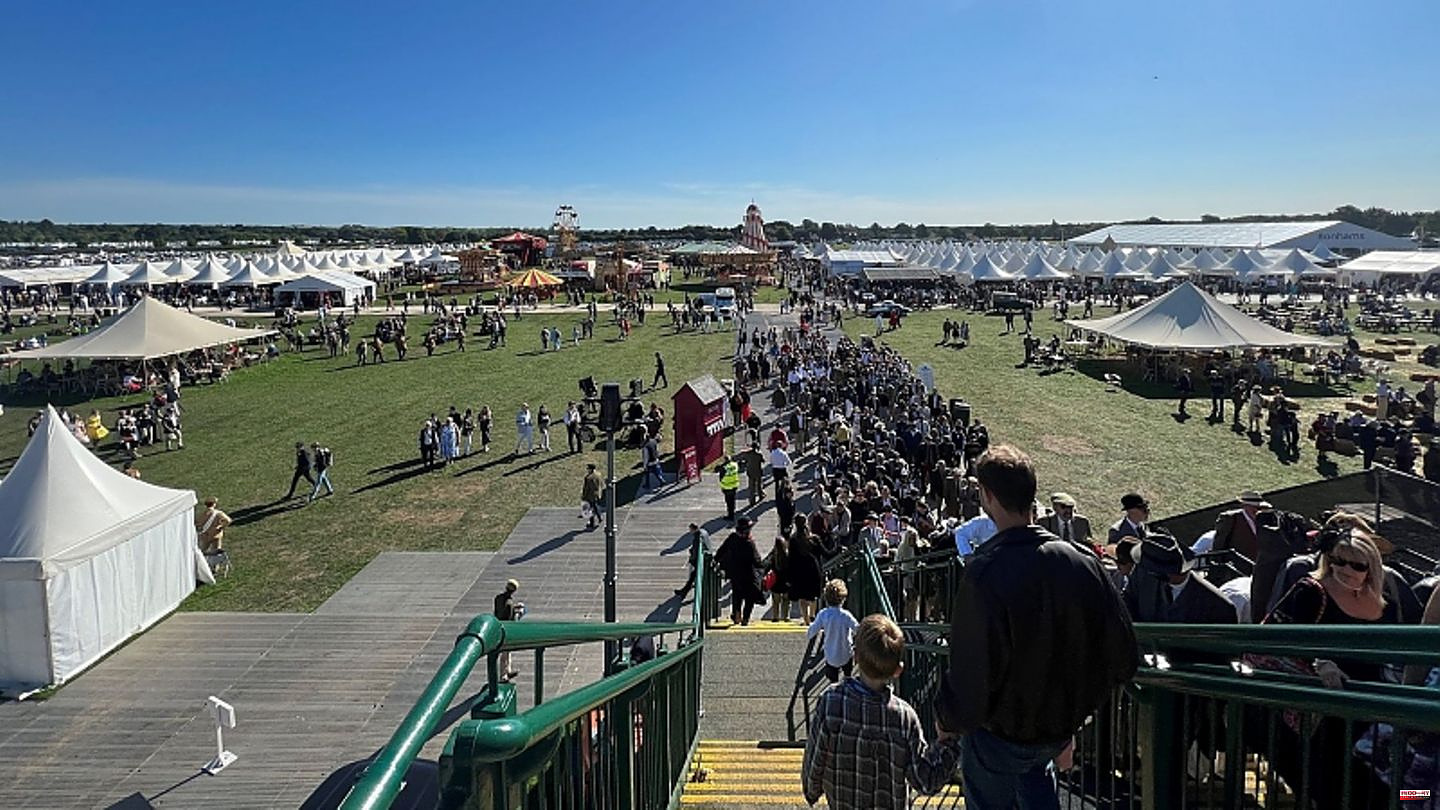 "Hoorayaaa it's Goodwood again," Claire cheers. The dapper woman in her mid-fifties (estimated, politeness forbids asking) is beaming with the sun. Claire has dressed appropriately. Long slender legs peek out from a white petticoat dress with large white dots. Clothing from the 50's and 60's is the most modern dress code allowed at the Goodwood Revival. Many also like to come in World War II soldier uniforms. Not so Claire. In her right hand she waves a glass of champagne from the French luxury brand Veuve Clicquot. “I have to move on now, my best friend is standing over there. We haven't seen each other for ages," she tweets happily and dances a few meters further. “Jane, have you seen Samantha. She doesn't look good at all, I think...". We continue. After all, there is still so much to see.

That is, if you can make it to Lord March's estate in picturesque Sussex. Already in the early hours of the morning traffic reports warn of long traffic jams on the way to the Goodwood Revival Festival, which takes place just under an hour and a half by car south of London. The radio presenters celebrate a half-hour stoppage of the tin caravan as a success. If you start too late, you will be penalized by the average speed. The next queue forms in front of the entrance, but that doesn't spoil the good mood. Visitors are just happy to be here.

After all, there is a lot to see on the huge parking lot meadows around the Goodwood Cicuit that makes the heart of every automobile fan beat faster. There are Ford Mustangs from the 1960s, original Porsches and, of course, plenty of gems from the heyday of British car manufacturing glistening in the sun: Range Rover Series, Jaguar E-Type and even a 1953 Aston Martin DB 2/4 Mk I. The Solar Lightyear electric car, which stands coyly at the edge, seems like a foreign body here. Once you have arrived at the festival site, the scenery changes in the direction of the folk festival. A classic Ferris wheel and a carousel from the 1950s are there, on which young women can be spun in circles while cheering.

The big Bonhams tent is a clear sign that the Goodwood Revival Festival is also about money. The well-known auction house, which is also active at events such as the Monterey Car Week in California, offers a total of 115 automobiles for sale. However, the highest price was not achieved by one of the British classic cars from Aston Martin or Bentley, but by a Mercedes SLR Roadster, which went under the hammer for 690,000 British pounds. On the other hand, many owners of classic vehicles, who had hoped for a hefty profit, had to return home with long faces. Apparently, the economic situation also seems to have an effect on the luxury cars.

If you look around in the small white tents, you will find some automotive gems. A blue 1973 de Tomaso Pantera GTS squints dreamily in the sun alongside an unpainted 1960 Jaguar XK150 Drop Head for sale. The car is currently undergoing restoration. The price is available later on request. But more modern treasures are also waiting for their new owners. A gorgeous Lancia Delta Integrale Evo 2 (£105,995), Porsche 924 Carrera Carrera GT (1981 / £74,995) or a handsome Alfa Spider 1,750 Veloce for £59,995. You rarely see a Sold sign. In addition to the vehicles, automobilia are offered on every corner: T-shirts, classic key fobs or spare parts such as steering wheels or gear sticks.

But the tent city with its exciting inhabitants is only the prelude. Once you get to the heart of the festival around the circuit, the revs pick up quite a bit. And that's not just because of the sometimes deafening noise when the engines are being warmed up in the paddock. Because here the large-volume masterpieces of engine construction are still allowed to breathe freely through their eight, ten or twelve nostrils.

All day long the Goodwood Circuit hosts races where every inch is fought with a knife between the teeth. At the Freddie March Memorial Trophy, a Jaguar C-Type, an Aston Martin DB3S or the lively Allard J2X from the 1940s and 1950s bang around the corners. At the Goodwood Trophy, legendary single-seaters like a Maserati 6CMs or an Alfa Romeo P3 race across the asphalt. Of course, classic Ferraris like the 250 SWB or legendary Formula 1 cars from the 2.5-liter era in the 1950s should not be missing, nor classic motorcycles from the 1950s fighting for the Barry Sheene Memorial Trophy. Anyone who has even a drop of petrol in their blood will get a warm heart at the sight. Even the youngest festival visitors get their money's worth in a classic soap box race,

Traditionally, things get down to business on Saturday evening when Lord March invites you to an exclusive dinner. In the sky, Spitfire fighter planes from the Second World War perform breakneck maneuvers, accompanied by champagne (what else?) before the feast begins. Huge thalers with the insignia of the recently deceased Queen Elizabeth hang everywhere: "E II R" stands for "Elizabeth II Regina" (Queen Elizabeth II) and at the end a toast is pronounced in which the whole hall says "The King" twice ( shouts) before singing the national anthem "God save the King". It's worth queuing for the spectacle alone.

1 Background: Daimler Truck with new E models: Long... 2 Is that normal?: Constantly cold hands: an overview... 3 Vegetable protein: It doesn't always have to... 4 Deceased monarch: A radiant queen: Palace publishes... 5 Shoe trend 2022: High-top sneakers: These models are... 6 Mobile mini smoker: table smoker for fish, meat and... 7 Favorite cuisine of the Germans: Eight tricks to recognize... 8 Golden Autumn: Collect mushrooms, but do it right:... 9 From chimney to bowl: setting up a fire pit on the... 10 Immense damage on the Canary Island: A year ago, the... 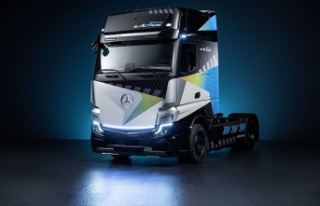