New presentation of a four-seater: Purosangue: Ferrari's first crossover with an unusually large amount of space and over 700 hp

Normally, the powerful cars with the Cavallino Rampante are intended for one or two people and at most there are two cramped emergency seats in the second row for short distances. 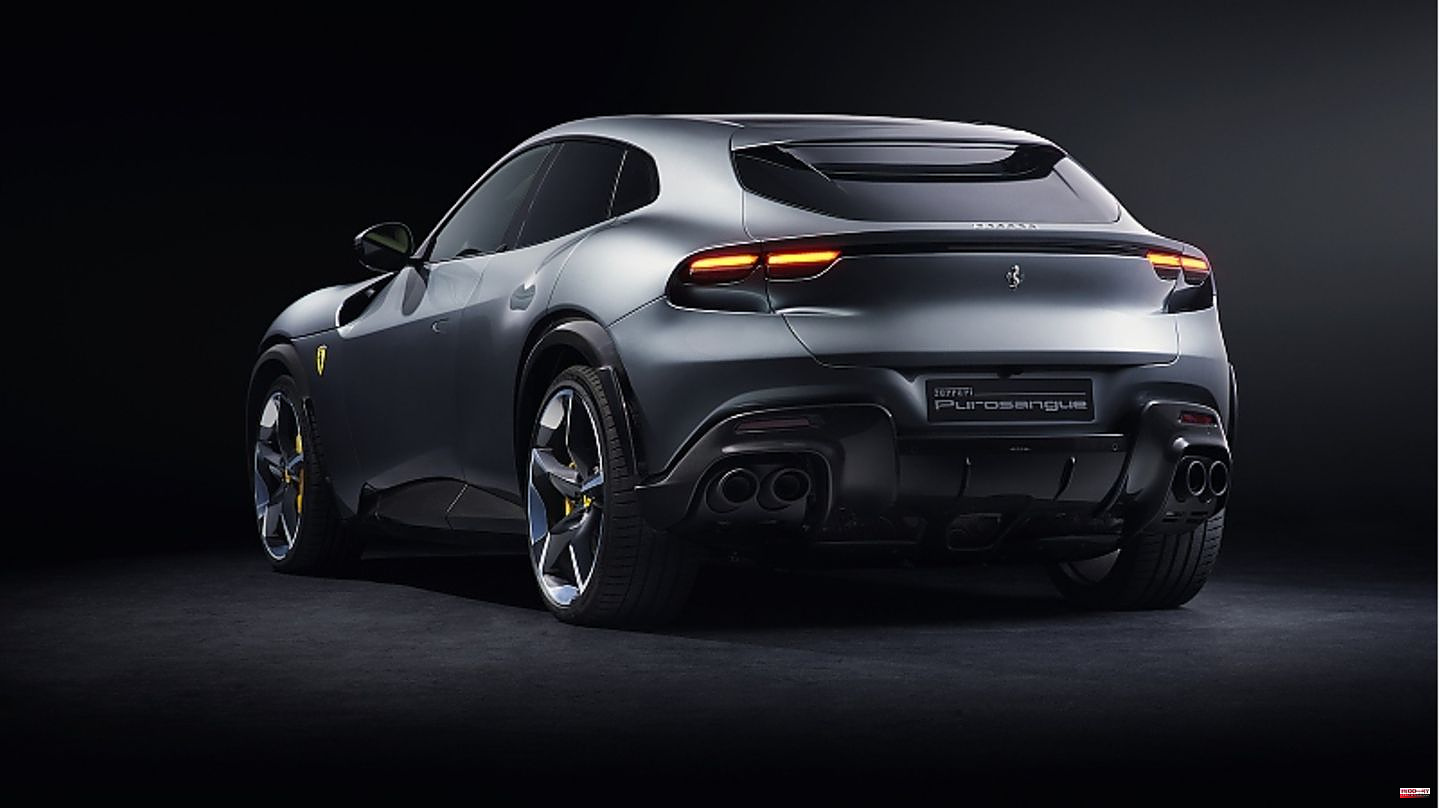 Normally, the powerful cars with the Cavallino Rampante are intended for one or two people and at most there are two cramped emergency seats in the second row for short distances. But the new Ferrari Purosangue is not only the first four-door car in the company's 75-year history, it is also the first fully-fledged four-seater, since the GTC4 Lusso is more like a 2 2-seater with all-wheel drive.

The name Purosangue is no coincidence and means "full blood" in German, which is intended to underline the sportiness of Ferrari's first crossover. The northern Italians don't want to see their thoroughbred positioned as an SUV; However, the vehicle concept largely corresponds to that of a Lamborghini Urus or the Aston Martin DBX and it is precisely those well-heeled customers with a sports car feeling that are to be addressed.

In terms of design, the Purosangue is always an elegant show, while its performance data leaves nothing to be desired, because a V12 naturally aspirated engine with an output of 725 hp ensures maximum propulsion. The maximum torque of 716 Nm is available at 6,250 rpm, while 80 percent of the power is already available at a low 2,100 rpm.

At the start, the V12 sucker is the only drive variant; the only electrification is provided by a 48-volt electrical system, which makes the chassis more agile. The unusually good weight distribution of 49:51 is not only due to the engine, which was positioned as far behind the front axle as possible, but also in particular to the transaxle gearbox on the rear axle. From a standing start, it goes to 100 km/h in 3.3 seconds, while the 200 mark races past after 10.6 seconds. The lush engine power is transmitted to both drive axles via an eight-speed dual-clutch transmission. The top speed: well over 300 km/h.

Inside there are four individual electric seats and an unusually large amount of space for a Ferrari, together with a far-opening tailgate and loading compartment. The cockpit is inspired by the SF90 Stradale and is almost completely mirrored on the passenger side. The 10.2-inch display creates an unusual integration for the front passenger, who gets almost the same information as the driver.

Instead of the traditional carpet or leather flooring, there is an optional bulletproof ballistic fabric, which is also used in military uniforms for its exceptional strength and durability. Also available: a particularly elegant semi-aniline leather in dark brown for the comfort seats or a covering made of carbon fibers with the finest copper wire.

For the first time, a Ferrari driver has the option of ordering an electrochromic panoramic roof instead of the carbon roof. At the touch of a button, this changes its degree of tinting, bringing sun or shade inside.

In addition to four-wheel steering, the Purosangue has a newly developed suspension technology with a so-called True Active Spool Valve System from Multimatic. Compared to other solutions, this suspension offers advantages as it combines electric motor actuation with a hydraulic damper with control valve in a fully integrated system. In fractions of a second, the electric motor ensures that the body and wheels can be controlled with more power and at higher frequencies than with conventional adaptive systems, depending on the selected driving program. This should significantly reduce the rolling and pitching behavior of the four-door car despite the increased center of gravity.

1 Drive sparingly: Switch off the engine at the traffic... 2 Colon cancer screening: Ryan Reynolds had his colonoscopy... 3 Helpful home remedies: What you can use tea tree oil... 4 Death of Queen Elizabeth II: William and Harry walk... 5 Leonardo DiCaprio and Gigi Hadid: What's the... 6 Peel, chop, pound: children's cookbooks: five... 7 "Really terrible": A boy's brutally... 8 DIY slime to play with: Make "Slime" yourself:... 9 White edges: Descale the tap: It's so easy to... 10 Contraception: male sterilization - not an easy decision 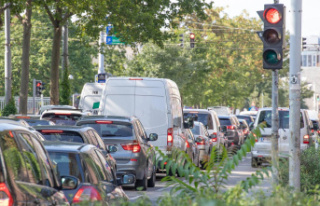 Drive sparingly: Switch off the engine at the traffic...