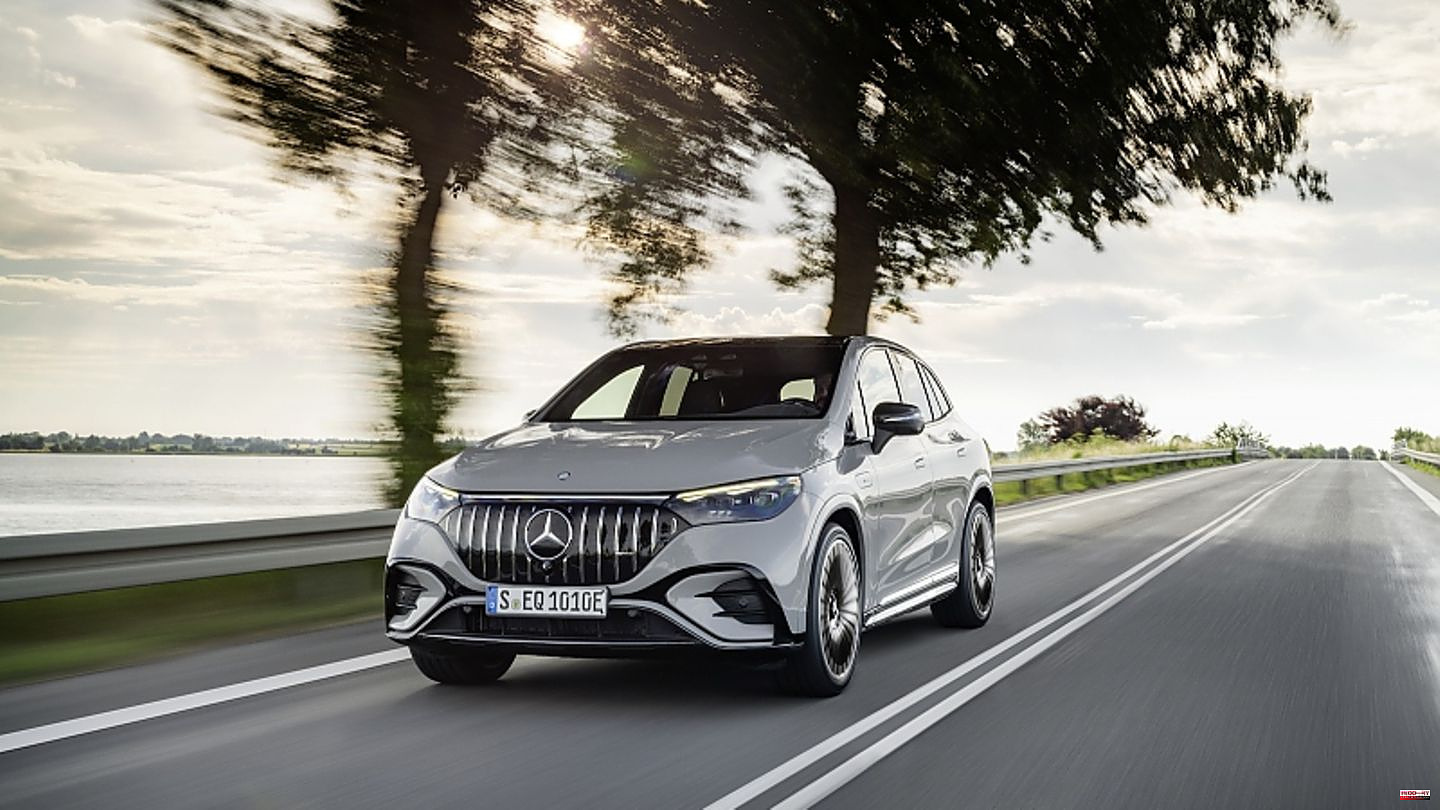 The new Mercedes EQE shares two destinies with its big brother EQS. This new model also lacks a specific name, because only the annex "SUV" distinguishes it from the EQE sedan. Like the EQS SUV, the luxury crossover looks more pleasing than the normal four-door. The reason lies in the significantly more self-confident appearance with a sovereign front and the omission of the gently tapering aero rear. Technically, the 4.86 meter long EQE SUV is closely related to the EQS models and the EQE sedan and uses a common electric platform. Drives and technology are appropriate, which means that a 215 kW / 292 hp basic version with rear-wheel drive is also available here, which offers entry into the upper-class world with a plug. The equally powerful all-wheel drive EQE 350 4matic and in particular the EQE 500 with 300 kW / 408 PS / 858 Nm should be much more interesting for most customers.

If that's not enough, the ambitious AMG versions are enticing, which are available as the 350 kW / 476 hp AMG EQE 43 and 505 kW / 687 hp AMG EQE 53 - each with mandatory all-wheel drive and a maximum torque of up to 1,000 Nm. The more powerful 53 version not only has a top speed of up to 240 km/h, but also the roll stabilization that was sorely missed in the EQS SUV. The chassis of the Mercedes EQE SUV offers electronic dampers as standard, which can be expanded to include air suspension if desired. This not only brings additional comfort for the occupants, but also varies the ground clearance by up to three centimeters according to the driver's taste. Also on request, the electric crossover can be equipped with rear-axle steering, which reduces the turning circle from 12.5 to 10.7 meters with a steering angle of up to ten degrees.

Depending on the version, the 90.6 kWh battery pack in the underbody achieves an electric range of up to 590 kilometers, while the AMG versions can cover up to 480 kilometers before it goes to the next charging station. The power consumption is between 17.7 and 22.7 kWh per 100 kilometers. In order to reduce consumption, the front axle of the all-wheel drive versions is switched off completely when the additional traction is not required. It can be recharged at a fast charging station with a maximum of 170 kilowatts, which gives the battery a boost of 220 kilometers after 15 minutes. The AMG versions cover at least 170 kilometers in the same time. In addition to the various driving programs, as with the other EQ models from Mercedes, recuperation can be set using shift pedals on the steering wheel, up to maximum deceleration of the so-called one-pedal feeling. In this driving mode, the brake pedal is only required for heavy deceleration. The gas pedal does the rest.

The Mercedes EQE SUV wants to score particularly well with its interior, which is as variable as it is comfortable. The 3.03 meter wheelbase means there is plenty of room inside for up to five people, and second-row occupants in particular will appreciate the headroom. The boot volume is between 520 and 1,675 liters, while the all-wheel drive versions can tow trailers weighing up to 1.8 tons. Inside, the Mercedes EQS offers the well-known picture with comfortable seats and, if desired, the powerful hyperscreen and the passenger display, which makes the entertainment program interesting while driving. The electric crossover can also be optionally equipped with numerous driver assistance systems. Updates are installed wirelessly and the software remains up-to-date. Specially adjustable driving modes for novice drivers or the parking service are unusual.

Visually, the two AMG versions differ from the tamer brothers by other 20-inch wheels, a separate front mask and the sporty interior. “The new model is our first all-electric SUV. And after the two sedans AMG EQS and AMG EQE, it is already the third performance vehicle that we are implementing as a derivative on the electric platform from Mercedes-EQ. With the variable interior and high-performance all-wheel drive, it is the most versatile electric vehicle from Mercedes-AMG. A real all-rounder – and a real AMG!” says Philipp Schiemer, CEO of Mercedes-AMG. For the first time, instead of the star on the bonnet, there is a badge with the AMG logo out of love for detail. 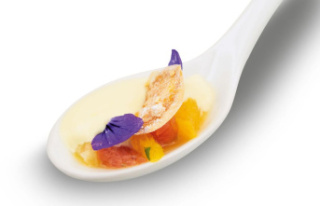 "The Taste": Prawns with a grapefruit punch...