Traffic jams on the A10, the Berliner Ring, are not only slowing down traffic this Friday afternoon, but also the demonstration of a new construction site warning system from the motorway company - at least for a short time. 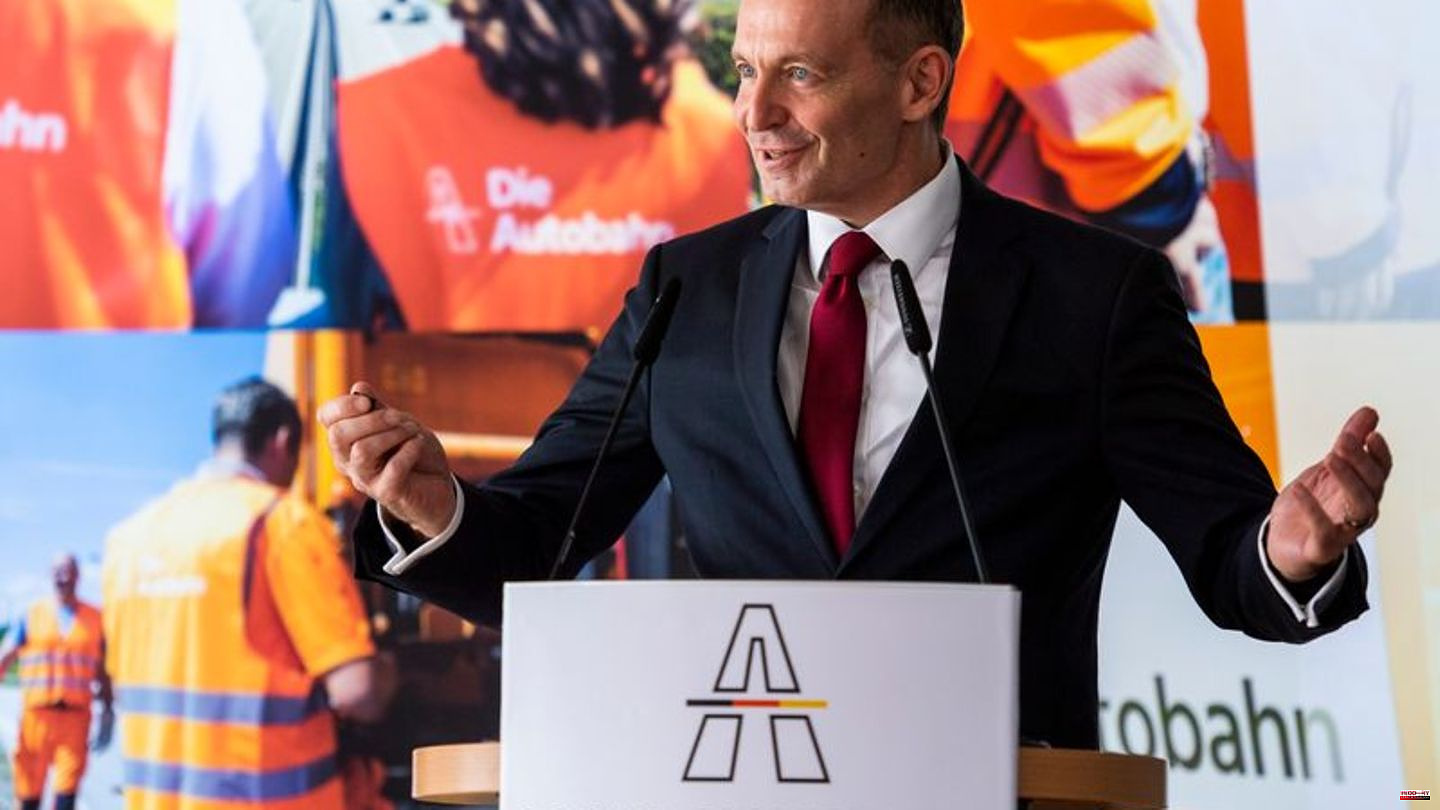 Traffic jams on the A10, the Berliner Ring, are not only slowing down traffic this Friday afternoon, but also the demonstration of a new construction site warning system from the motorway company - at least for a short time. Only from a speed of a little more than 70 kilometers per hour is the warning on the display behind the steering wheel with a beep: "Construction site ahead - 400 meters".

The car receives the information from a mobile barrier sign, a vehicle with flashing arrows, such as is often used for spontaneous work along freeways. The federal highway company has 1,500 such vehicles. By the end of 2023, all of them should be equipped with the transmission technology.

It's about intelligent traffic control systems

"This is the start of direct communication with vehicles on the motorway," stressed Federal Transport Minister Volker Wissing (FDP) on Friday at the presentation of the project in Erkner, Brandenburg. "In the future, car and truck drivers will be informed in real time about short-term and surface construction sites, and in good time before a construction site begins."

This prevents surprises, the driver can prepare for the danger at an early stage. "The construction site warning shows impressively what cooperative intelligent traffic systems can achieve. They not only make road traffic safer and better, they also make it more efficient and sustainable," said Wissing.

Because the construction site warning is part of a larger idea: With the C-ITS - Cooperative Intelligent Transport Systems - vehicles should in future be able to communicate independently with each other and with the infrastructure and warn each other in the event of spontaneous accidents or other unforeseeable traffic events. They are intended to make the human uncertainty factor in road traffic a little safer. The background is an EU directive from 2010.

But the new construction site warning system clearly shows how far this way still is. The transmission technology can be flexibly installed in all kinds of vehicles or parts of the infrastructure. For example, the ADAC, as a cooperation partner, wants to use the technology to quickly warn the following traffic even if vehicles break down on the motorway.

The information should also run via the navigation system

So far, however, only newer Volkswagen models have been able to receive the information. According to the Autobahngesellschaft, the group was significantly involved in the development and testing of the new technology. VW relies on WLAN for data transmission. According to the ADAC, other players prefer the 5G standard for transmission. So far there is no European standard.

The highway company is working to spread the technology more quickly. She also wants to make the information on the daily construction sites available to third parties via data platforms, such as manufacturers of navigation devices or other service providers from the mobility sector. In this way, they could also be received in older vehicles.

1 Katy Perry on vacation: nature and animals instead... 2 US celebrity: Christina Applegate on walking sticks... 3 CSU party conference in Augsburg: The CSU on the way... 4 Queen Consort Camilla: Moment of shock on her return... 5 Football: jug about World Cup chances: "It's... 6 12th matchday: "It's going well at the filling... 7 BVB and RB Leipzig are targeting Jesper Lindstrom 8 Stock exchange in Frankfurt: Dax continues to grow 9 Crime: Attackers in the house of US politician Pelosi... 10 Human rights: UN concerned about deaths in Iran protests Katy Perry on vacation: nature and animals instead...