The market for large mobile energy storage is growing. 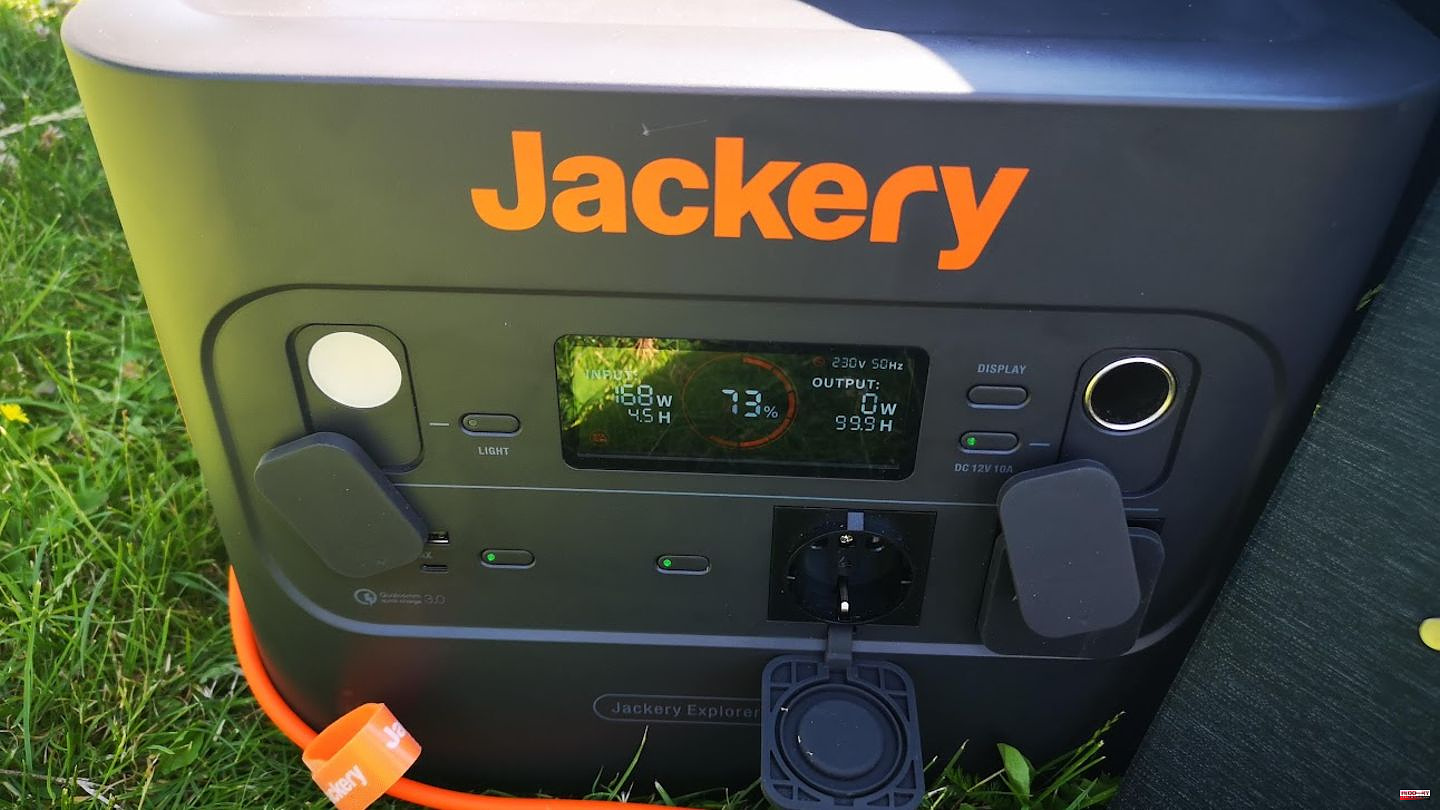 The market for large mobile energy storage is growing. Some want to use it to illuminate their hut, others want to use it to generate electricity for van life and third parties are thinking of saving money with a mobile solar system. There are also houses without electricity, which is rather rare in Germany, but not uncommon in many EU countries. The energy crisis and electricity prices make the vision of a self-sufficient power supply even more exciting when you are connected to the grid.

The offer is correspondingly complex. The Jackery company is primarily aimed at outdoor adventurers, the systems are primarily mobile and compact. But here, too, the hunger for more performance is noticeable. The Explorer 2000 Pro is the brand's new flagship. It stores about 2000 kWh and like all devices in this class, it is just as portable. At almost 20 kilograms, however, the box is not for hiking or cycling holidays. You can carry them from the van to the cabin, but that's about it. Nevertheless, with the dimensions 38.4 - 26.9 - 30.8, it is more compact and also noticeably lighter than comparable boxes. The rigid handle typical of Jackery has been designed to be foldable so that the height does not increase any further.

A box in the 2000 watt class can feed almost any device that has a plug. If you disregard power-guzzling tools and a full-fledged stove with oven. Coffee machines, water heaters, induction hotplates and not to forget a hair dryer, which also has some power, are possible. The box uses Li-ion technology for this. Compared to lithium iron phosphate (LiFePO4) batteries, they are lighter, but they also last fewer charge cycles. At its peak, the box delivers 4400 watts at 230 volts. The box has two 230-volt sockets, a 12-volt car outlet and USB ports – including a USB-C outlet with 100 watts (Power Delivery). The box is reserved when it comes to the number of connections, but it is also smaller. It is charged with an enclosed power cable and two inputs for solar. They are in a jack format that is typical for Jackery – but panels from other suppliers can also be connected using the appropriate adapter.

For mobile life, 2000 watt hours are more than enough. As long as only LED lighting, phone, laptop and music are operated with it, the juice is enough for a week. However, if devices such as a coffee machine, hair dryer and induction hob are plugged in, the power supply will quickly run out. And this is where the second special feature of the Jackery box comes into play: it is primarily intended for charging with solar bags. Of course, the box can also be charged from the mains in 1.8 hours, but it is built for power from the sun. Jackery bags have a peak power of 200 watts. They unfold larger than the brand's 100-watt panels and are housed in a protective case. The specified performance is realistic. In moderately sunny weather, more than 160 watts could easily be achieved in Hamburg, then 200 should also be possible on the beach. One to six panels can be connected to the box.

The tricky question is: How much solar should it be? The feed-in power must be in balance with the capacity of the box. With 2000 watt hours of content, we would not go below two panels with 200 watts each, then the box can be fully charged in 7.5 hours. Assuming realistic rather than ideal conditions, fill up the box fully on a sunny day. If you connect six of the SolarSaga 200 panels at the same time, this can also be done in 2.5 hours.

You can't give a tip here. If you consume a lot of electricity and want to be supplied even when the weather is not so sunny, you need more watts in the panels. With sunshine and six panels, the electricity consumption of a household is generated - then you could even operate a hotplate and washing machine in a hut and even in autumn there is still enough electricity for the essentials in the box. Preppers can calculate like this: With a box and six panels, the electricity continues to run as usual, at least in the lighter half of the year, even if the public grid collapses. But for most people, two modules should be enough. After all, the bags also have to be transported. In the protective cover, a module measures 54.1 - 61.5 - 4.1 centimeters. If you store the panels in a protected place in the van, you can do without the bag, which reduces the thickness to less than three centimeters. If you set up all six panels, it's still quick, but you also need a lot of space for a solar meadow.

The panels are waterproof, the box is only splash-proof. So you should bring them to safety or protect them in the rain. In practice, think of extension cables so that the box can stand in the tent or by the van and the modules can roast in the blazing sun. Basically, we would never leave a power box out in the pouring rain.

In practice, we managed with moderate consumers with one panel, on the safe side you are on the safe side with two when hot water and coffee machine are used. If the hotplate is also heated with electricity, there can certainly be more. At first glance, six solar panels seem overwhelming, but for a camper that saves the time-consuming installation of a gas system, the costs and space requirements should be okay. When unfolded, the panels are more than two meters long, which is real but also feels in a completely different league than a compact 100-watt module. However, you can still store them. There are also larger solar bags with a capacity of 400 watts on the market, even if not fromjackery - they are even larger and more unwieldy and can usually only be transported in a really full-size mobile home.

But given the size of the box, there is no getting around an adequate solar capacity. The box itself costs around 2000 euros, a solar modulejackery SolarSaga 200 around 700 euros. This corresponds to the price level of branded devices. The prices are indicative. In a bundle, with company campaigns or at sales events such as PrimeWeek, all of this can become noticeably cheaper. Buyers should also pay attention to the warranty periods. If you buy on your own site, you get a longer warranty.

Mobile solar power is not cheap and if you want more power, you have to dig deeper into your pocket. The Jackery is of particular interest to those who are truly mobile and who need to be mindful of size and weight. Smaller dimensions and ten kilos less than others are a more important factor here than in the case of stationary electricity generation in a hut. And of course the box can also be used entirely as a balcony power station - all you need is an extension cable into which the consumers are plugged. The box then stores the midday sun for the TV evening.

1 Muscle training: This is how you build up your muscles... 2 Irritated skin: painful razor burn: women have to... 3 Irina Shayk and Bradley Cooper: Is the couple making... 4 Britney Spears' mother Lynne denies allegations 5 Tweets of the week: "Mom, can you please pass... 6 Speciesism: "An elephant in the circus is out... 7 Analysis: 7500 years of arctic climate decoded: never... 8 NDR affair: MEP: "This calls into question NDR's... 9 Berlin-Neukölln: Trial on right-wing extremist attacks... 10 Biopic: Trailer starring Radcliffe as "Weird... 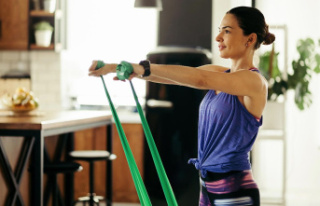 Muscle training: This is how you build up your muscles...