Mechanical workshops step on the accelerator of innovation

When in the mythical series of the 80s Michael Knight (played by David Hasselhoff) spoke to his wristwatch and pronounced "KITT, I need you", an 82 Pontiac Firebird appeared –jumping around thanks to his 'turbo boots' equipped with artificial intelligence. 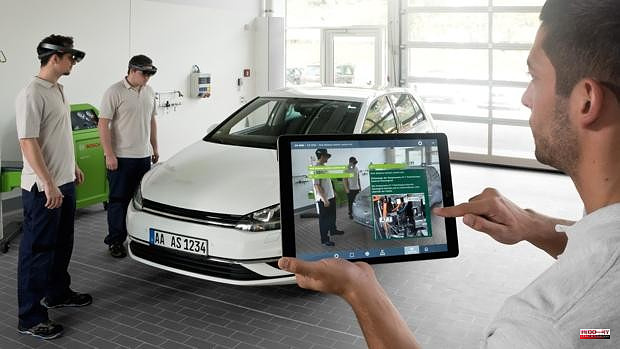 When in the mythical series of the 80s Michael Knight (played by David Hasselhoff) spoke to his wristwatch and pronounced "KITT, I need you", an 82 Pontiac Firebird appeared –jumping around thanks to his 'turbo boots' equipped with artificial intelligence. At that time we saw something of science fiction his ability to think, converse with the protagonist and the fact that he drove himself. And it was, because the only way they could do it was with a camouflaged driver who slipped into a hollow seat. Today, only 40 years later, autonomous cars are a reality.

In fiction, every time KITT hit a stubborn head, a wonderful mechanic put the pieces in place, but in reality and today, the workshops of a lifetime are reinvented with the help of software to be able to respond to the new generation of vehicles.

«Digitalization added to more sustainable mobility based on hybrid or electric vehicles and the profile of a more technological consumer are generating structural changes that affect the aftermarket sector and repair shops in particular. The workshop that is not updated will not be able to continue circulating”, José Rodríguez, member of the Executive Committee of the Spanish Confederation of Automobile and Related Repair Workshops (Ceetra), makes it clear, who points out that in order for them to successfully face the transformation that the sector is undergoing, it is necessary to anticipate "adapting training, tools and business management systems".

For this, it considers it essential that workers get used to the use of new technologies and digital skills. However, Rodríguez points out the lack of professionals in this area. "Training is key to being able to anticipate new vehicles and so that, when they require maintenance or repair, professionals can do it with quality." And he notes that there are obstacles to achieving this: "On the one hand, the programs are obsolete, there are teachers who have never set foot in a workshop and we are beginning to see a dangerous lack of students."

A current smart and connected car includes approximately one hundred million lines of code, seven times more than a Boeing 787. Software is becoming a determining factor and connecting with other users, with intelligent infrastructures, updating in the cloud or driving stand-alone means constant updates, revisions and maintenance.

Tesla has been a pioneer in updates via WLAN or mobile networks and even has its own satellite for this, but others such as Volkswagen or Ford are already following. You just have to launch the update and the car is updated automatically without going through the workshop. General Motors has installed artificial intelligence in some of its vehicles. A system capable of performing a self-review of components and sends a message to the user's smartphone in the event of a fault.

“The vehicle will be like a mobile with four wheels. Updates will be downloaded like applications. Tesla has its own satellite to make them. The workshop has to get into this world of technology. On the one hand, with equipment that allows a connection to the cloud, where the administrative and repair management system will be, which allows quick and efficient connection with third parties such as distributors, manufacturers, customers or other vehicles”, explains Vicente de las Heras, director of sales of equipment, software and services and director of technical assistance of Bosch Spain and Portugal.

But this expert goes further and points out the possibilities offered by new technologies in the training of professionals and in vehicle repair, such as augmented reality. You just have to look at the object through the camera of a tablet and thanks to Bosch Augmented Reality you get additional visual information and solutions to repair faster and better. «It allows a greater understanding of how the new much more electronic and electrical vehicle systems work and are found: sensors, electric motors, batteries... This, together with the connectivity offered by the Connected Repair software with the brand or manufacturers of components, makes it possible to analyze the state of each component and estimate its useful life", says de las Heras. And all without touching a screw.

Another of the technologies that are beginning to land in workshops is 3D printing, which allows the production of parts that are no longer in stock or much faster than it would take for the original part to arrive. Three years ago BMW raised as an April Fools' Day joke the possibility of carrying a printer in the trunk of its GS motorcycle to be able to manufacture spare parts in case they break during a trip or due to the lack of spare parts in the workshop . It was not a fool's errand: at its Additive Manufacturing Campus (AMC) it molds parts in plastic or metal. Today, printers, such as the HP Metal Jet, allow large format metal printing, which would make it possible to print the chassis or frame of a car.

To deal with all the changes, “the workshops will have to combine teams of experienced professionals with classic knowledge of the vehicle with young people who know about electronics, software, who use tablets and can communicate in English with brands or manufacturers from anywhere in the world. Now it is needed for the newest cars, but in two or three years these vehicles will not be sporadic and will begin to be the usual thing in a workshop, "explains Vicente Pascual, director of Expansion of Midas Spain, a chain specializing in comprehensive automobile maintenance that has created a new workshop concept to adapt to sustainable mobility in large cities: Midas City.

“We are committed to spaces in which maintenance and repair of new mobility options are carried out, such as bicycles, scooters, electric and hybrid vehicles, in addition to renting them,” says Pacual, while acknowledging that there is some fear in the sector about the future: “We don't know if the screws will be left behind by the software. But we are clear that we are service workshops and the client is at the center of the strategy, whatever he needs. The workshops, with recycling in between, will continue to exist », he sentences.

As I watch the show of lights, projections and sounds that a friend's Tesla puts on as an introduction, he explains that he hasn't bought some extras like full self-driving “for now” and that he will subscribe to them at a later date. How? "I didn't put GPS on it to save money and I'm still there," I think. Before the cars came with or without equipment, but the new commercial formulas are adapted to the times thanks to the software and are already being used by different brands. Thanks to this, customers can pay by subscribing when they need it for extra security or comfort systems.

1 Spanish engineering marks a milestone in the Philippines... 2 Artificial intelligence learns to think green 3 "I suffered from anxiety, and couldn't find... 4 “We are experiencing the most direct and real exposure... 5 The escaped murderer from Zaragoza: "I stabbed... 6 Sánchez's 'beautiful government' to... 7 Republican states in the United States make it easier... 8 Agustín Zulueta: "We contribute about three... 9 Why is the Roland Garros trophy called the 'Musketeers... 10 Abascal warns PP "Either you govern together... 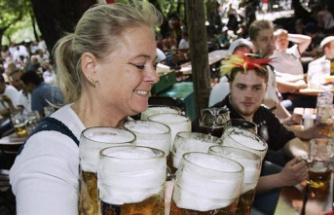 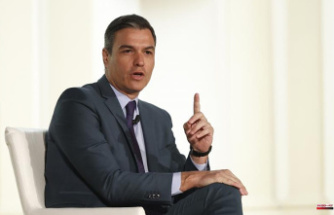 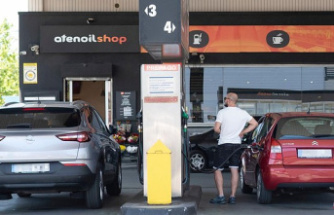 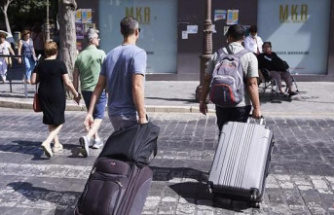 Tourist spending skyrockets above 8,000 million in May, 474.8% compared to a year earlier 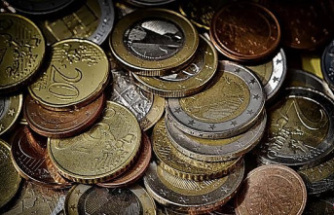 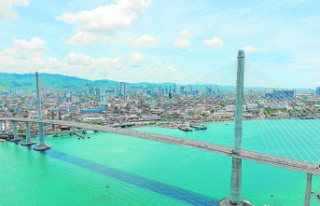 Spanish engineering marks a milestone in the Philippines...