WASHINGTON, Oct 26 (Reuters) - Lockheed Martin Corp (LMT.N) dramatically lowered its sales expectations for this year and next on Tuesday as the COVID-19 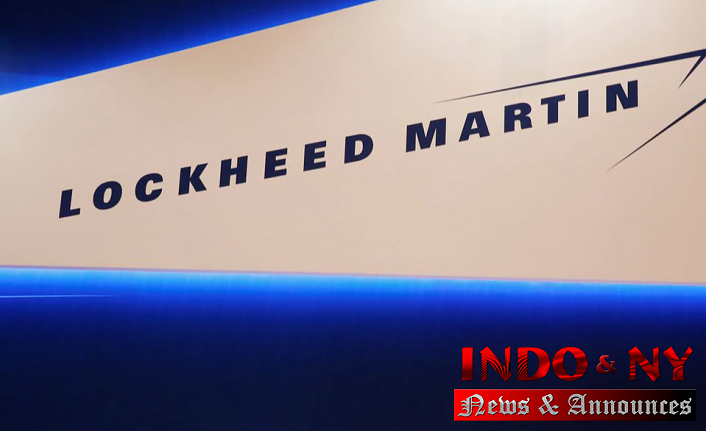 The pandemic has crippled many companies' ability to send and receive the parts and supplies they need to produce a wide range of products, creating shortages, reducing inventories and hammering profits.

Lockheed's chief financial officer said the problem worsened for them over the last two months, as the maker of the F-35 fighter jet lowered its 2021 revenue expectations by 2.5% to $67 billion and said next year's revenue could fall to $66 billion.

Lockheed's poor outlook, just 66 days from year-end, came after it reassessed its five-year business plan "given recent external and programmatic events," Chief Executive Jim Taiclet said in the earnings report that dashed hopes the United States' largest arms maker could muscle its way through the pandemic.

Shares of defense stocks fell after the report, with the Dow Jones U.S. Defense index down nearly 6% at midday.

The defense company's CFO said on a call with analysts that its suppliers "are still dealing with the financial stress caused by the global pandemic."

A company executive noted suppliers that serve the commercial market as well as the defense market were struggling the most. The combination of fixed costs and falling revenue - the aviation industry in particular has struggled during COVID-19 with the huge drop in travel - hurt the suppliers that serve both markets.

"Management laid out a meaningfully lower growth profile than previously indicated, and growth is a key metric in defense right now," Seth Seifman, a JP Morgan analyst said in a research note, adding, "the potential silver lining the market may ultimately begin looking for here is that today's hit to the outlook is drastic enough to set up potential beats going forward."

On the call with analysts, Taiclet said the company's sales would go up again in 2023 and increase steadily through 2026.

Support for the defense industry could be on the way as congressional committees are set to start their conference on the Biden administration's 2022 defense policy bill that outlines increased spending.

Lockheed raised its earnings-per-share guidance for 2021 to $22.45, more than analyst estimates of $22.19, as operating profits rose 6.6% versus the same period last year.

The third quarter which ended on Sept. 26 showed sales at Lockheed's largest unit, aeronautics - which makes the F-35 fighter jet - down 2% from a year earlier, when the pandemic locked down many parts of the defense industry's supply chain.

1 Trudeau must renew his commitment to reconciliation... 2 Jean Chretien insists on residential schools and displays... 3 Live coverage of the Chevrolet Corvette Z06 presentation 4 Adobe Max 2021: Photoshop will soon be available in... 5 Kelowna RCMP investigates fatal accident on Spiers... 6 The mayor takes a rest on the ground of his opponent 7 How Does CBD Affect Your Weight? 8 Residents of South County are bracing for the brunt... 9 Black cats are good luck 10 Atlanta Casts Another Star With Every Star That Falls Trudeau must renew his commitment to reconciliation...