In the fight against the shortage of skilled workers, the federal government relies on training, further education and immigration.

In the fight against the shortage of skilled workers, the federal government relies on training, further education and immigration. This was emphasized by Labor Minister Hubertus Heil, Economics Minister Robert Habeck and Education Minister Bettina Stark-Watzinger on Wednesday after a meeting with business and trade unions in Berlin. "As part of the new specialist strategy, we want to create a training guarantee and strengthen further training," said SPD politician Heil after the meeting. He referred to planned instruments such as a qualification allowance, with which the Federal Employment Agency is to promote in-company training.

The planned modernization of the immigration law is also to be launched this year, as Heil said. "That will probably be decided early next year." Stark-Watzinger called for simplifications in the recognition of professional qualifications. "We are an immigration country for skilled workers, and it is particularly important to lower the bureaucratic hurdles," said the FDP politician.

Habeck called it unacceptable from an economic policy point of view if there were blockages in the interaction between family and work. "If you decide privately to take care of your children more than to work, that's perfectly fine," said the Green politician. "If there are political hurdles or obstacles in the working world that prevent participation in the working world, then that's not right from an economic point of view."

"Better compatibility of family and work"

The employers' association BDA also sees a need for action in the area of ​​equality. There is a need for "a better compatibility of family and work - this is how we can significantly increase the labor force participation, especially among women," said BDA general manager Steffen Kampeter of the "Rheinische Post" (Thursday).

Before the top meeting on the shortage of skilled workers, Verdi and the DBB civil servants' association had called for more employees and better conditions for the public sector. The shortage of skilled workers in the health and geriatric care sector can only be remedied with more staff and a nationwide collective bargaining agreement, said Verdi boss Frank Werneke.

IG Metall called for the government's plans to be implemented quickly. The three factors of training, further training and strengthening the collective bargaining agreement are decisive. In this way, skilled workers with good wages and good working conditions can be recruited. 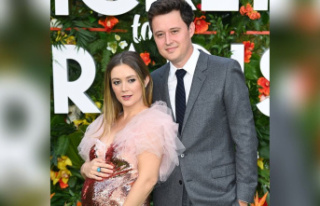