Kryptomon's live-NFT game is being developed thanks to this funding. It is the first ever in the NFT gaming sector that combines real-world gaming and Metaverse capabilities. Amsterdam - Tel Aviv - Kryptomon is a living NFT-powered Play and Earn gaming project that combines Pokemon, Tamagotchi and CryptoKitties. A USD 10 million private funding round was led by NFX, with additional backing from PLAYSTUDIOS ($MYPS), Griffin Gaming Partners and Tal Ventures. Vikram Pandit, ex-CEO of Citigroup, also participated in the round. Kryptomon's live-NFT game is being developed thanks to this funding. It is the first ever in the NFT gaming sector that combines real-world gaming and Metaverse capabilities.

This funding comes on the heels Kryptomon’s Stage 1 game launch in early-2022. It was powered by two record-setting Mystery Box Sales on Binance NFT Marketplace. Kryptomon has grown its community to over 500k followers on its social media feeds and generated USD 13 million in NFT transactions in just five months. Kryptomon uses its expanding community of players to fill the gap for current Play-and-Earn gaming. It emphasizes the rich storytelling and all-encompassing gaming world seen in classic AAA titles and emphasizing the rich gaming universe.

Kryptomon reinvents blockchain-based gaming by creating an interactive Metaverse through collectible, live NFT creatures in a community-centered universe. Kryptomon combines nostalgia appeal with modern gaming. It retains the world-building properties of Pokemon, but incorporates blockchain technology as seen in games like Splinterlands. Players can also find NFTs and $KMON tokens and other in-game items through monthly treasure hunts. After purchasing their first Kryptomon, "trainers", can trade, mint, and sell NFTs through the KMarket NFT marketplace.

This investment will allow the platform to continue development and caliber enhancements beyond its Stage 1 launch in February. Kryptomon has expanded its Play-and–Earn system and merged real-world and Metaverse gameplay. Kryptomon will now be able to concentrate on the next stage in gameplay implementations, including a combat-system system, thanks to the funding round. This solidifies the growing outside interest in the project.

NFX is the principal investor in Kryptomon’s most recent funding round. NFX is a venture company that supports pre-seed or seed-stage projects. Its portfolio spans industries and has received early backing from companies such as Lyft and Playtika. PLAYSTUDIOS is a top mobile game publisher and developer that allows its players to get real-world benefits via its playAWARDS Play–and-Earn loyalty platform. Kryptomon also received funding from Tal Ventures as well as Vikram Pandit, former CEO of Citigroup.

Gigi Levy-Weiss, General Partner at NFX, stated that "Kryptomon can make an impressive mark in the Metaverse as well as the Play-and-Earn game ecosystem." "NFX is proud that it has contributed to a project that values building communities and is at the forefront of re-inventing digital asset integration.

Umberto Canessa is the founder and CEO of Kryptomon. "We are extremely proud of this round of funding which greatly exceeded our original goal of USD8 million after the initial stage of the game launch." "This support from NFX, as well as our additional investors, is a springboard for us to scale our project to create an immersive world with truly unique blockchain technology. It will help us create the gaming universe and community that we have envisioned since childhood.

Community members take care of their NFT pet monsters in the Kryptomon metaverse as "Trainers". They are responsible for taking care of their pets. Each pet has a unique genetic code that is randomized with 38 parameters. These parameters determine their behavioral and physical characteristics. They can learn, get sick, and protect their trainers while out on adventures in the physical world. Trainers will need to take care of, feed, and train Kryptomon companions in order for them to thrive and be ready for the challenges ahead. Kryptomon is a blockchain-based, digitally genetically engineered gaming platform that aims to bring about the next evolution in crypto and Metaverse gaming. To see how Kryptomon is creating its gaming universe, please visit https://kryptomon.co/

NFX, a top seed-stage venture company, is based in San Francisco, CA and Herzlia (Israel). NFX was founded by 10 entrepreneurs who have built companies in multiple industries and regions with over USD 10 billion in exits. NFX is a network of the best founders in the world, with expertise in networks and platforms. This allows them to solve large-scale problems using the power of technology. 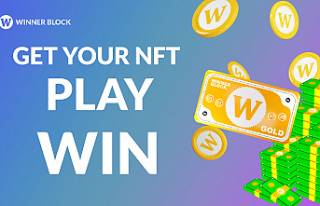