Indra loses 14.76% on the Stock Exchange after the Government's assault on the company's board

Crash of Indra on the stock market after the government's assault on the company's board. 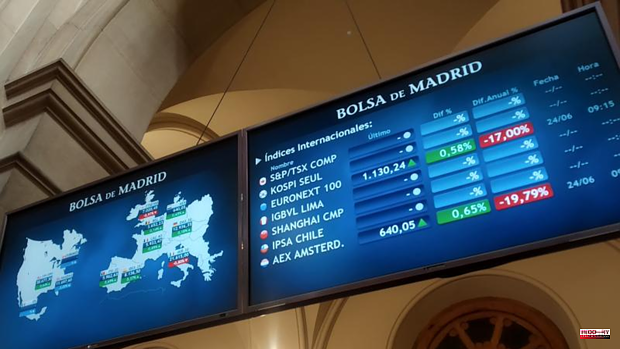 The market overreaction comes after the State Industrial Participation Society (SEPI), SAPA Placencia and Amber Capital have turned Indra's board upside down after appointing Jokin Aperribay as proprietary director for the Basque group and promoting the dismissal of four directors independents at yesterday's shareholders' meeting.

In addition to the assault on the governing body of the listed company, the president of the CNMV, Rodrigo Buenaventura, has announced this Friday that they have already contacted Indra to request more information about the surprise dismissal of four independent directors, decided yesterday by the general meeting of shareholders, informs Carlos Manso. The head of the CNMV has called the departure of the 'independents' Alberto Terol, Carmen Aquerreta, Enrique de Leyva and "worrying in the sense that it could call into question the quality of good governance". Ana de Pro from the company's board of directors.

This Thursday, the representative of Amber Capital, which has just over 4% of Indra and is the largest shareholder of Prisa, made a request to introduce an item outside the agenda of the meeting with the aim of dismissing Alberto Terol, Carmen Aquerreta, Ana de Pro and Enrique de Leyva. Likewise, the re-election of Isabel Torremocha, also an independent, did not go ahead. Consequently, the newly appointed Francisco Javier García Sanz and Silvia Iranzo remain as the only independents.

For his part, Aperribay, a member of the founding family of SAPA Placencia, received 53.1% of the votes to be a director, despite having a report against the Remuneration Committee. A percentage practically identical to that of shareholders who have supported the dismissals. Together with Aperribay, Miguel Sebastián, Antonio Cuevas, Francisco Javier Sanz and Luis Abril, this executive, all with votes above 90% of the shareholders, renewed their mandate as directors.

The board resulting from the meeting is made up of two independent directors, three proprietary directors, the president of the company, Marc Murtra, as another external director, Abril and Ignacio Mataix as executive directors, Guillermo Guerra as secretary and Fabiola Gallego as deputy secretary of the board.

These should soon be joined by Juan Moscoso, who will be the third director of SEPI after the public holding company has exceeded 25% of the capital, which allows it to choose a new representative.

1 Ryanair will operate all its flights from Spain despite... 2 Renfe launches 18 euro tickets to inaugurate the new... 3 A magnet for global talent to approach Spain 4 The Launching Ramp of Entrepreneurship 5 Energy triggers the costs of the countryside, public... 6 Spectacular Ledecky: the American leaves Budapest... 7 Nadal, defeat with good feelings 8 The ups and downs of the LaLiga teams live: Morales... 9 Aleix's indignation, who charges against Race... 10 Poor Spanish participation in the Mediterranean Games 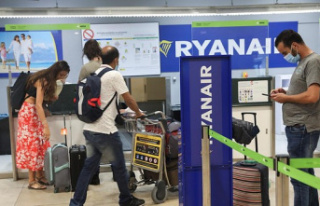 Ryanair will operate all its flights from Spain despite...