The German Chancellor, Olaf Scholz, has addressed citizens to warn that "the current crisis due to inflation will not pass in a few months". 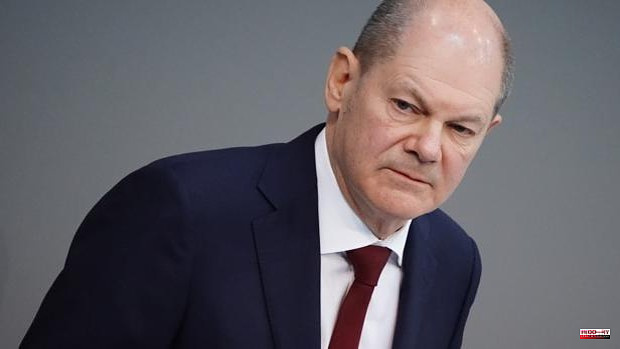 The German Chancellor, Olaf Scholz, has addressed citizens to warn that "the current crisis due to inflation will not pass in a few months". "We must prepare for the fact that this situation will not improve in the foreseeable future, but prices will still continue to rise." He has spoken like this after a meeting to which he has summoned representatives of employers and unions, together with a group of experts, to try to design a "concerted action" that protects companies and homes.

"Our society is strong, much stronger than is sometimes supposed", he harangued the Germans, "the most important message for me is that we will go through this together", he said, "we are facing a historic challenge" .

All have agreed that "social peace is in danger."

Among the proposals that are being handled is the possibility of extraordinary tax-free payments that replace structural wage increases and new state energy aid packages that help avoid a price spiral and a wave of bankruptcies and layoffs. “This country is facing its worst economic crisis since Reunification,” Dulger has diagnosed.

The negotiation will not be easy. The unions want higher wages and Fahimi has mentioned in this first meeting price guarantees for electricity and gas. The head of the Verdi civil servants union, Frank Werneke, rules out moderation in collective bargaining and calls for a price cap on energy.

For its part, the Christian Democratic CDU opposition calls for an energy discount for low-income households, while from the Social Democratic Party (SPD), Saskia Esken, demands that people with low incomes be supported "with permanent salary increases", but does not respond to the question of who is going to pay for all that. The federal government simply says that "under no circumstances" will it intervene in the autonomy of collective bargaining.

The idea of ​​limiting energy prices is controversial. Fahimi has suggested establishing basic necessity product qualification for electricity and gas, which would carry a price guarantee up to a basic level of consumption. Only if it is consumed above that limit, it would have to pay more.

The Liberal Party (FDP), which is also part of Olaf Scholz's "traffic light coalition", has expressed doubts about this "because the needs and living conditions are very different" and prefers to do everything possible to ensure that there is no shortage. The leader of the green parliamentary group, Julia Verlinden, has also been skeptical about Fahimi's initiative: "it is about saving energy." »It is crucial that we use the available gas effectively and at the same time reduce consumption«, she has said, «this is the only way to keep prices stable».

Meanwhile, it has been leaked to the German press that Berlin is creating a legal basis for state entry into financially threatened gas supply companies. The heads of the ministries responsible for the Economy, Finance and the Federal Chancellery have already agreed on a draft that regulates financial aid up to the acquisition of company shares to avoid the bankruptcy of a gas supplier. This rule will allow “this very week” the rescue of Uniper, the German supplier that was buying the most Russian gas and that due to the supply cut of more than 60% through this route and the skyrocketing prices of gas futures is losing 30 million euros per day.

CEO Klaus-Dieter Maubach has confirmed that he is "talking with the federal government about stabilization measures, for which a number of instruments, such as collateral and security services, increase the current credit line for investments in the form of capital". The government wants to approve this protective shield for companies tomorrow, Tuesday. The paragraph on "Facilitating the implementation of stabilization measures" is to be adopted in the replacement power plant preparation law to be voted on this week in the Bundestag and would be capped at the end of 2027.

1 More than a third of Spaniards have never heard of... 2 Unemployment benefit: this is the new SEPE model to... 3 Nadal and directo against Van de Zandschulp 4 Pope Francis' close friend, Cardinal Hummes,... 5 Canadian government: China Tycoon due to be tried 6 Distressing rescue of a boat in Gran Canaria that... 7 The volunteers took the 12-year-old boy gored in a... 8 Galicia and the Basque Country lead an autonomous... 9 An estelada and 200 independence supporters to besiege... 10 La Tarxeta Básica, the new ariete of the opposition... 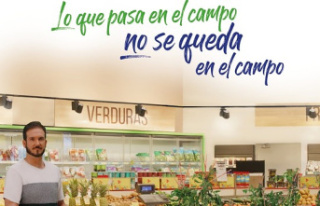 More than a third of Spaniards have never heard of...