The mortgage firm slows down, but does not stop growing. 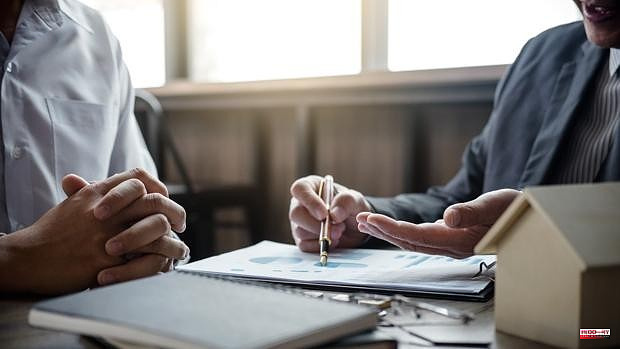 The mortgage firm slows down, but does not stop growing. The number of housing loans rose 4.5% in April, to 33,423 operations, according to figures published this Friday by the INE. It represents a fall of 22.3% compared to the previous month, but also the highest figure in a month of April since 2010, just after the bursting of the housing bubble.

What is not slowing down, but is increasing, is the interest of buyers in the fixed rate. The abrupt rise in the Euribor, which this month has already exceeded the 1% level in the daily data, has accelerated the transfer from the variable to the fixed rate. In April, fixed-rate mortgages set a new all-time high and represented 75.3% of signed loans.

3 out of 4 credits are already referenced to a fixed rate.

And that the average interest of the fixed rate is higher than that of the variable. According to data from the INE, the average interest of the fixed rate was 2.65%, due to the 2.16% that marked the variable. The buyers, even so, are aware that this interest will be higher in the coming months due to the escalation of the Euribor and that is why they opt for a rate without variations during the loan.

As this newspaper has published, it is foreseeable that in the coming months the bank will tighten fixed-rate mortgages to boost the variable rate. In other words, this fixed rate growth trend is expected to reverse over the next few months.

The market is marked by great economic uncertainty. The director of the Pisos.com study service, Ferrán Font, warns that "the effects of the inflation caused by the war and the consequent changes made by the European Central Bank (ECB) in its monetary policy to correct the inflationary trend. In his opinion, these effects explain why the mortgage company grew 'only' 4.5% during the month of April, far from the 18% obtained in March.

In the accumulated figure for the first quarter, mortgage registrations for houses increased by 16.3% compared to January-April of the previous year. The Autonomous Communities with the highest annual variation rates in the number of home mortgages were Castilla-La Mancha (29.4%), Baleares (27.7%) and Aragón (16.4%).

For their part, the communities with the lowest annual variation rates are Extremadura (–12.7%), Comunidad de Madrid (–9.5%) and Comunitat Valenciana (–7.1%). The communities in which the most capital was lent for the constitution of mortgages on homes were the Community of Madrid (1,125.7 million euros), Catalonia (1,043.4 million) and Andalusia (815.7 million), according to data from the INE .

1 The CNMV describes as "striking" and "worrying"... 2 Indra loses 14.76% on the Stock Exchange after the... 3 Ryanair will operate all its flights from Spain despite... 4 Renfe launches 18 euro tickets to inaugurate the new... 5 A magnet for global talent to approach Spain 6 The Launching Ramp of Entrepreneurship 7 Energy triggers the costs of the countryside, public... 8 Spectacular Ledecky: the American leaves Budapest... 9 Nadal, defeat with good feelings 10 The ups and downs of the LaLiga teams live: Morales... 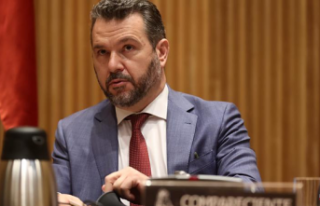 The CNMV describes as "striking" and "worrying"...