Federal Court of Justice confirms detention: Alexander Falk: from the shooting star of the new economy to a convicted criminal

It looks like a case from a crime thriller: accounting fraud, manipulated sales, lawsuits running into the millions - and a lawyer who is to be silenced. 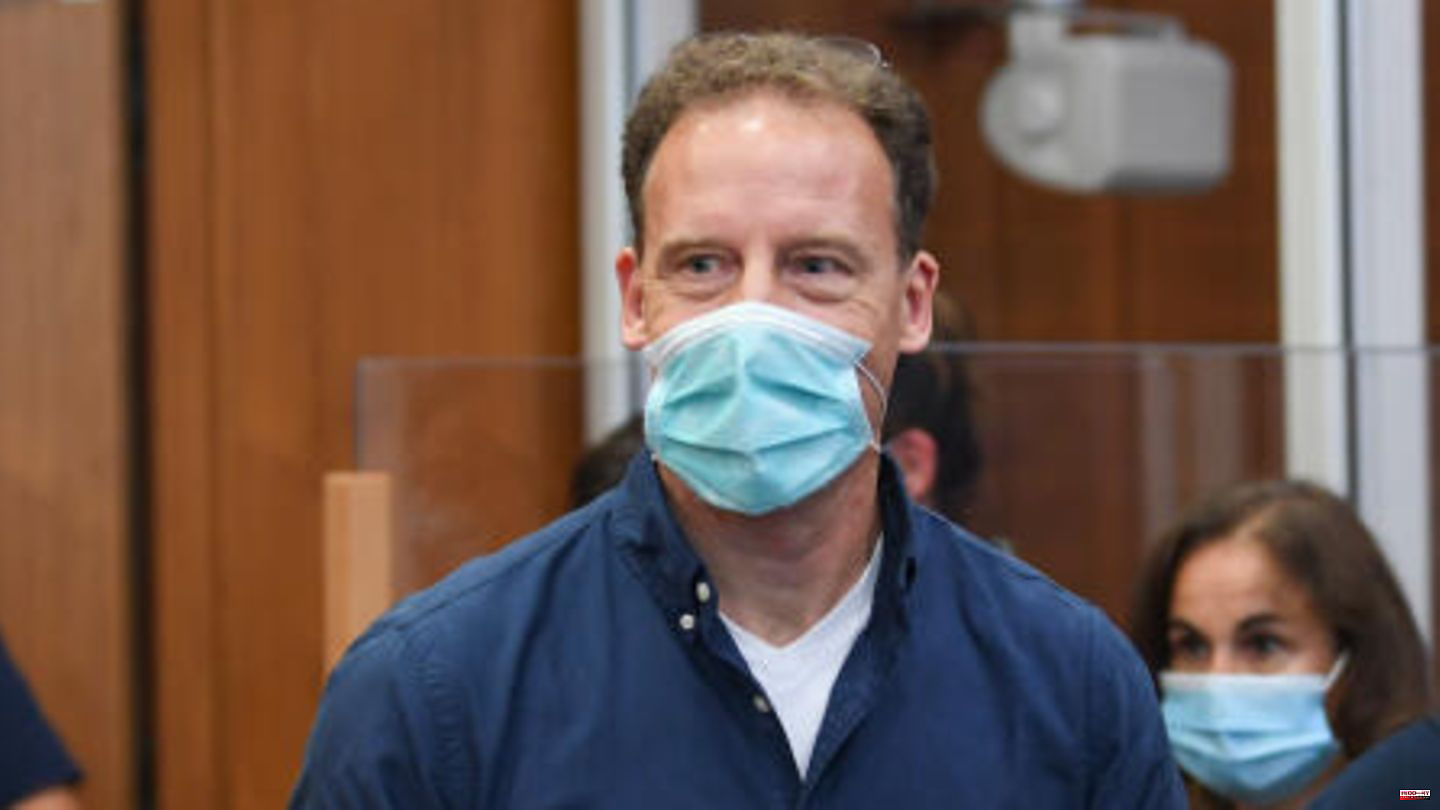 It looks like a case from a crime thriller: accounting fraud, manipulated sales, lawsuits running into the millions - and a lawyer who is to be silenced. The Federal Court of Justice has now confirmed the prison sentence for Alexander Falk, son of the publisher of well-known city maps, Gerhard Falk.

In all likelihood, Falk will have to go to prison for the second time. The Federal Court of Justice (BGH) on Wednesday rejected the appeal of the 53-year-old against his conviction to four and a half years in prison. This means that a judgment by the Frankfurt Regional Court from July 2020 is final, according to which Falk had commissioned criminals to shoot a business lawyer.

The story of Alexander Falk is one from the top down. He was a celebrated star of the so-called "New Economy", was one of the 100 richest people in Germany - not much is left of all that.

In the 1990s, Alexander Falk was a shooting star on the business scene. The son of the publisher Gerhard Falk, who published the well-known folding maps, does not believe in the future of printed city maps. He is fully committed to digitization and is certain that future navigation devices will bring their users safely to their destinations. In 1996 he sold his shares in Falk-Verlag to Bertelsmann - for around 25 million euros.

With the proceeds, Falk enters the market that will soon be called the "New Economy" - the new market. Here everything revolves around new media, the Internet and digitization. Falk invests his money in "Distefora AG", a listed company based in Switzerland, and also buys several companies, which he combines under the umbrella of Distefora Holding.

At the end of the 1990s, stock market prices literally explode. The shareholders are in a gold rush mood. A new branch of business is even being introduced on the Frankfurt Stock Exchange for new tech companies: the new market.

The financial expert and former investment banker Rainer Voss explained in an interview with ZDF: "In the last year [before the new market, editor's note] there were five to ten IPOs a year. In the new market from In 1997, six to eight companies were going public every day." According to Voss, prices increased tenfold between 1997 and 2000.

Investors played a daring game. Many wanted to be in on the action for a piece of the pie, no matter how risky the investment. The "madness" as Voss calls it, resulted in the so-called "cash burn rate". It was no longer about what idea a company had or how solid the corporate structure was. Classic key figures, on which analysts actually oriented themselves, suddenly no longer counted. It was all about how quickly the companies spent the money they made with the IPO - to put it harshly: "burned it".

Alexander Falk also knows how to use this mood. With another subsidiary, "Ision AG", which provides websites for well-known customers, he goes public in 2000 and takes in almost 230 million euros. Falk is not embarrassed when it comes to his plans: he wants to make his holding company one of the largest tech companies in the world, he explains on Swiss television.

But the euphoria ended abruptly. In the course of the year 2000, the courses of the Internet companies crash in rows. The so-called "dotcom bubble" bursts. It is becoming clear that many Internet companies have been overvalued in the new market and are not able to meet their investors' profit expectations.

Falk feels that too. The former New Economy poster boy wants to get out of the market and sells his largest subsidiary Ision AG to a British group – for almost 770 million euros. It should be a momentous business for Falk.

A short time later it becomes clear: Falk had cheated. He had boosted the sales value of his own company with bogus transactions and falsified accounts.

The Swiss shareholder protector Johann-Christoph Rudin found out about Falk after several small investors in Ision AG approached him because they had the feeling that something was wrong with the company's sales. Rudin examines the company's files and finds a log that describes how a sum of money was repeatedly passed around in circles between several of Falk's subsidiaries and friendly foreign companies and declared as supposed sales.

Rudin hands over the results of his research to the Bafin banking supervisory authority in 2003. In June of the same year, Falk was arrested. He then sits in custody for 18 months.

The former shooting star of the new market suddenly finds himself accused before the Hamburg district court. In one of the largest fraud processes in German history. He is accused of fraud in a particularly serious case, as well as price manipulation and tax evasion. In addition, there is a planned civil lawsuit, aimed at by the company that had bought Ision AG at a price that was obviously too high.

Falk protests his innocence and feeds the narrative that the authorities want to arbitrarily put him behind bars. For the time being, Falk will be released on bail of 1.5 million euros.

In May 2008, after more than 150 days of trial, Alexander Falk was sentenced to four years in prison for attempted fraud. His revision is rejected. The former star of the new market is now perceived as a scammer.

Falk is serving the remainder of his imprisonment of almost two years in Glasmoor prison near Hamburg. But his criminal career will presumably never end. Falk is desperate for a way to prove his innocence. Again and again he emphasizes that there is a document that exonerates him at least in the civil proceedings between him and the company that bought Ision AG.

In prison he becomes friends with a fellow inmate from Hamburg's underworld. He offers to put him in touch with an alleged hacker who could gain access to the files of his civil case at the law firm "Clifford Chance" in Frankfurt. But the attempt fails. Falk has to manage otherwise.

In 2009, strangers began targeting the Frankfurt lawyer Wolfgang J., who is in charge of the trial against Falk. Attempts are made to break into his house over the course of the year. A window is smashed, strange calls keep piling up and unknown men are standing in front of J.'s door.

On the morning of February 8, 2010, J. leaves his house and goes to his car. A man approaches him, pulls out a gun and shoots J. in the thigh. He is badly injured and taken to the hospital, but survives the attack.

Almost a year after his release from prison on August 12, 2011, Falk was also found guilty in the first instance of civil proceedings against him and ordered to pay damages of 209 million euros. As ZDF reports, both sides later agree on a much lower sum.

In order to solve the assassination attempt on Wolfgang J., J.'s law firms are offering a reward of 100,000 euros for relevant information in this case. In 2017, a suspected witness reported to the Hamburg criminal police. He claims to have inside information about the shot at J.

In September 2018, investigators from the criminal police arrested Falk in his office in Hamburg-Altona. They are executing an arrest warrant issued by the district court in Frankfurt am Main. Prosecutors said the arrest was on charges of attempted incitement to commit a homicide.

The witness explains that he was present at a meeting between Falk and his former fellow prisoner friend and his brother in 2009, at which Falk gave the order to silence lawyer Wolfgang J. He paid 50,000 euros for it and promised a further 150,000 euros when the job was done, as the "Spiegel" reports. The defense disagrees. The men would have met, but at a later point in time - after the attack on J.

The second trial against Alexander Falk begins in August 2019. The focus of the proceedings is a tape recording on which it can be clearly heard how Falk makes disparaging remarks about the victim and the attack and the main prosecution witness, who reported to the police and got the process rolling in the first place.

But there are doubts. The witness gets caught up in contradictions. The tape with Falk's comments has been cut and manipulated in several places. And the process gets even more absurd. When the police want to secure a USB stick containing material exonerating Falk, the informant chews it up in front of the officers.

Rumors are circulating that witnesses are to be tricked into withdrawing their incriminating statements against Falk or even turning them around with sums in the millions. This cannot be proven.

In June 2020, the court sentenced Alexander Falk to four years and six months in prison. A contract killing could not be proven. However, the judges see it as proven that Falk is guilty of inciting dangerous bodily harm. The most important indication of this was the so-called "grandma SMS" that the alleged assassin wrote to Falk five days before the attack on J. In it he reassured him that he shouldn't worry, grandma would soon have her "deserved spa stay". According to the judge, this could only have been addressed to his client.

His lawyers appealed and pointed out errors of law. Therefore, the Federal Court of Justice in Karlsruhe had now dealt with the case. The top judges also saw no reason to suspend Falk's imprisonment.

Until the Frankfurt verdict, Falk had been in custody for 22 months. This time will be counted towards the prison sentence imposed. A suspension of the remainder of the sentence is normally only possible after two-thirds of the sentence has been served. 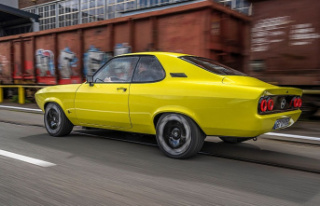