This week, the Federal Reserve will accelerate its most radical steps in 30 years to combat inflation. 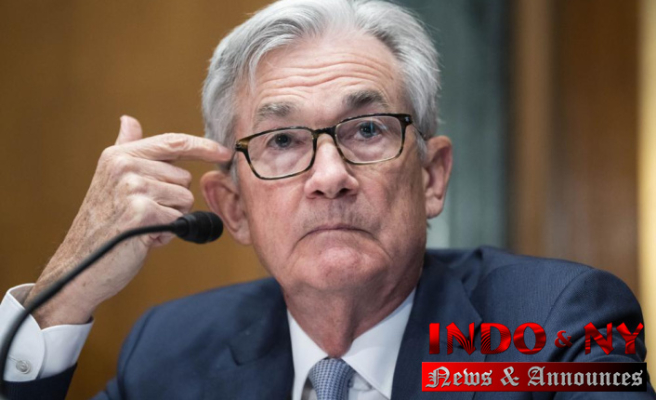 WASHINGTON (AP), -- This week, the Federal Reserve will accelerate its most radical steps in 30 years to combat inflation. It will make it more expensive to borrow money -- for a car or a home -- which will increase Americans' financial stress and likely weaken their economy.

The Fed is under tremendous pressure to curb inflation, which has risen to a 40 year high.

The Fed will also announce Wednesday that it will quickly reduce its huge stockpiles of Treasury and Mortgage bonds starting in June. This will result in further tightening credit.

These steps will be taken largely by Chair Jerome Powell and Fed officials. Nobody knows how high the short-term interest rate of the central bank must be to slow down the economy and keep inflation under control. The Fed's staggering $9 trillion balance sheet is also unknown. This could lead to financial market instability.

Diane Swonk (chief economist at Grant Thornton), said, "I liken this to driving in reverse while using my rear-view mirror." "They don't know the obstacles they will face," said Swonk.

Many economists believe the Fed is acting too late. The Fed's benchmark interest rate, which is between 0.25% and 0.5%, is still low enough to spur growth, even as inflation has increased. The Fed's key rate, which is used to make many business and consumer loans, is deeply negative after being adjusted for inflation.

Powell and other Fed officials have stated in recent weeks that they intend to raise rates "expeditiously" to a level that neither stimulates nor constrains the economy. This is what economists call the "neutral rate". A neutral rate is roughly 2.4%, according to policymakers. However, it is difficult to know what the neutral rate at any given time. This is especially true in an economy that is constantly changing.

According to most economists, if the Fed does three rate increases of half-point and then three rate hikes of quarter-point, it would be close to neutral at year's end. These increases would be the fastest rate of rate rises since 1989, according to Roberto Perli, an economist from Piper Sandler.

Even Fed officials who are dovish, like Charles Evans, president of Federal Reserve Bank of Chicago have supported this path. (Fed "doves", who prefer low rates to support hiring, are often opposed to higher rates to curb inflation.

Powell stated last week that the Fed will tighten credit once it reaches its neutral rate. This would prevent growth.

As inflation has increased, the expectations for the Fed's future have grown clearer in the last few months. This is a marked shift from a month ago. Powell stated that it was impossible to predict with any certainty the path of the Fed's policy rate.

Jon Steinsson is an economist professor at the University of California Berkeley. He believes that the Fed should offer more formal guidance given the rapid changes in the economy following the pandemic recession, Russia's war on Ukraine, and the resulting supply shortages around the globe. In March, the Fed had made a formal forecast that seven quarter-point rate increases would be possible this year. This is a speed that is already wildly out of date.

Steinsson, who had in January called for a quarter point increase at each meeting this year, stated last week that "It's appropriate to move things quickly to send the signal to show that a fairly significant amount of tightening are needed."

The Fed is facing a challenge because the neutral rate is more uncertain than ever. The Fed's key rate was set at 2.25% to 2.5% in 2018, which caused a drop in home sales and financial market declines. Powell Fed responded with a U-turn. It reduced rates three times in 2019. This experience suggests that the Fed might have underestimated the neutral rate.

However, given the extent to which prices have risen, and thus reducing inflation-adjusted rates of interest, any Fed rate that would slow growth could be much higher than 2.4%.

Another uncertainty comes from shrinking the Fed's balance sheets. This is especially true when you consider that $95 billion worth of securities will be rolled off by the Fed each month as they mature. This is nearly twice the pace at which it released bonds before the pandemic.

According to Brett Ryan, Deutsche Bank's economist, the balance-sheet decrease will roughly equal three quarter-point increases in rates through next year. This would mean that there will be approximately 4 percentage points of tightening in 2023, if you add the anticipated rate hikes. Deutsche Bank predicts that such a drastic increase in borrowing costs will lead to recession for the economy by late next year.

Powell believes that the strong job market and robust consumer spending will save the U.S. from such a fate. Although the economy contracted by 1.4% annually in the January-March quarter, both businesses and consumers have increased their spending at an impressive pace.

If this spending continues, it could continue to grow the economy in the months ahead and possibly beyond.

1 Alabama issues an arrest warrant for a missing official... 2 Amazon workers in NYC reject union as a reverse of... 3 Supreme Court in Boston rules against Christian Flag... 4 Tennessee suspends executions; will review lethal... 5 Anne Robinson leaves Countdown after a year as a host... 6 Manchester United may have to follow Alexis Sanchez's... 7 In the midst of a free transfer, Noussair Mazraoui... 8 Hailey Bieber shows off her flat abs while on her... 9 Johnson, UK joins the final push to convince Arm to... 10 Handy Pan baggs a $10K deal with Lori Greiner. 'Shark... 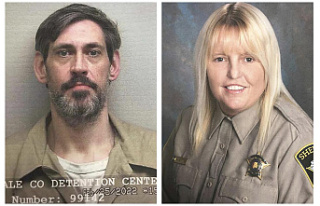 Alabama issues an arrest warrant for a missing official...