Ferruccio Lamborghini was born in 1916 to a well-off family that made him an industrial manufacturer of tractors and air conditioning in the Bologna region in the 1940s and 1950s. 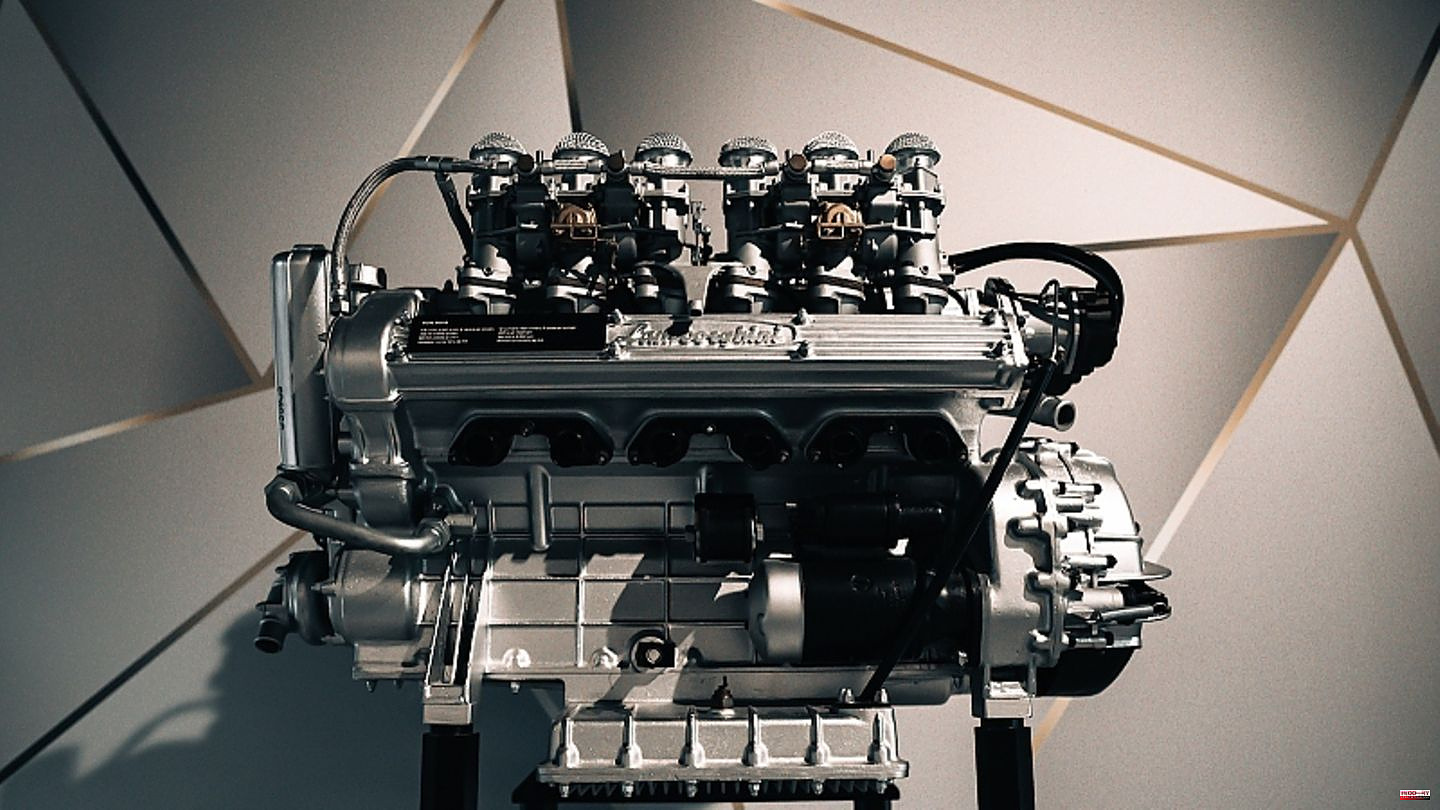 Ferruccio Lamborghini was born in 1916 to a well-off family that made him an industrial manufacturer of tractors and air conditioning in the Bologna region in the 1940s and 1950s. As the business thrived, he amassed a collection of luxury cars that he dreamed of one day making himself. The desire soon became an obsession after he complained to Enzo Ferrari about a defect in his Ferrari in the early 1960s. He told Ferruccio snidely that he knew nothing about cars and that the best thing for him to do was drive one of his tractors. The rest is history and although Maranello and Modena are no more than 30 kilometers apart, that hasn't stopped the two towns from becoming the birthplace of some of the world's most revered supercars.

Ferruccio was a self-taught mechanical engineer, honing his skills while working on military machinery as a prisoner in England during World War II. However, that was not quite enough to construct a perfect engine. He took advantage of the lack of harmony between Enzo Ferrari and the gifted engineer Giotto Bizzarrini, father of the Ferrari 250 GTO, to commission the latter to lead the first Lambo project: the 350 GT was presented in 1963 - powered by a 3.5-litre -V12 engine and an initial output of 206 kW / 280 hp. Bizzarrini was very proud of his creation, a true racing engine which he claimed had a peak power of 400 hp at 11,000 rpm, but the official declared power was limited to 280 hp after Bizzarrini and Dallara decided to use it in tamed in a Gran Touring to ensure smoother running and greater durability.

This was the basis for the V12 engine that was used in a wide variety of Lamborghini vehicles for no less than 48 years from 1963 to 2011. Its technical merit is evidenced by the fact that the propeller, through its various stages of development, is the world record holder for longevity. In the course of its life, the volume of the engine has been increased by 44 percent to 6.5 liters displacement and the output has more than doubled to up to 670 hp in the Murcielago. It is said that Ferruccio gave Lamborghini Bizzarrini a bonus for every horsepower the engine produced more than the Ferrari competitor. The most important models with this engine were the 350 GT (1964-66), the Miura (1966-73), the Countach (1974-90), the LM-002 (1986-93), the Diablo (1990-2001) and the Murcielago (2001-10). When the Murcielago was launched, Lamborghini had already been bought by Audi (1998), but the German marque, well known for its engineering prowess - decided to keep using it. In 2011 the new V12 engine for the Aventador was unveiled, with production ending at the end of 2022, meaning that its lifecycle at just 12 years is significantly shorter than that of its predecessor. The need to meet increasingly stringent emissions standards means that in 2023 a new electrified powertrain will debut in the Aventador's successor.

This second-generation V12 retained 6.5 liters of displacement, but featured cylinders that were equally longer and narrower, a lower compression ratio and a weight reduction of 18 kg (235 kg). It also received dry sump lubrication with a much lower height (120 vs. 195 mm), which, according to Maurizio Reggiani, resulted in a significant reduction in the car's center of gravity. When Lamborghini engineers received the initial briefing for the development of the new engine, only three key characteristics were specified: that it would be a V12 engine, naturally aspirated, and that the angle between the two banks of cylinders would be 60 degrees. The lack of a turbo had two main goals: a more progressive throttle response and higher top revs.

With the Lamborghini V12 retiring at 60, there's nothing quite like heading to Bologna and experiencing a series of routes with four of the most iconic models. Unlike the names chosen for the Lamborghini models after the 350/400 GT, which paid homage to some of history's bravest bulls, Countach was a word used in a Piedmontese dialect to indicate a reaction of the to express surprise or disbelief. Introduced in 1973, the car premiered with the opening scissor doors which, together with the rigorously sculpted body characterized by two main lines, brought it such fame that it is still considered one of the masterpieces of automotive design of all time, a product of the genius of Marcello Gandini and the engineer Paolo Stanzani.

Ferruccio was a staunch supporter of Gran Turismos, but the success of the Miura proved that there was huge potential for two-seater coupés. The Countach retained the rear-centre engine position and rear-wheel drive, but improved aspects such as high-speed stability and corrected the problems of oversteer when the accelerator pedal is released, as well as unbalanced weight distribution and engine cooling problems with the engine now mounted longitudinally and no longer across, as in the Miura.

The first series LP400 was fitted with a 3.9 liter engine developing 375 hp and was improved several times before production ceased in 1990. The Countach "25th Anniversary" that was driven was the last example assembled at the Sant'Agata Bolognese plant, equipped with a 5.2-liter V12 that produced 455 hp. Getting into such a flat scissor-door car requires a degree of resilience, but that's just a prelude to what follows. The selector lever of the five-speed manual transmission not only requires strength, but also a firm grip to move it over the six metal rails. Ditto for the very heavy clutch and steering wheel, still awaiting the introduction of power steering. The deafening noise of the V12, the scorching heat in the low cockpit and the grandiose acceleration command unexpected respect from every pilot.

The Diablo (1990-2001, 2903 examples produced) as the successor to the Countach feels like jumping into another era. Originally designed by Gandini and completed by Chrysler designer Tom Gale, it is considered a sports car with Italian lines and an American touch. It was Lamborghini's first sports car with all-wheel drive in the VT version in 1993 and the first to exceed 300 km/h - 330 km/h to be precise. Apart from the better road holding, the power steering changes the driving experience enormously. With half a liter more displacement than the Countach and the electronic multi-point injection, the performance increased by 95 to an impressive 550 hp. No wonder: in everyday use it feels closer to a modern super sports car than ever and the acceleration from 0 to 100 km/h in 3.9 seconds is spectacular.

A small step back in time is the experience of the off-road behemoth LM-002, the grandfather of the luxury SUVs that can be found on every road in the world today. “During the Countach production years, Lamborghini saw a market opportunity to build a military-looking SUV (LM: Lamborghini Militare) and designed this sort of box on wheels that had nothing to do with their other cars. The tubular chassis has been retained, which is unprecedented in a vehicle of these characteristics and usually reserved for sports cars, says Lamborghini expert Massimo Delbò. Lamborghini uses the Countach's 5.2-litre V12 with 20 hp less, so as not to scare off sports car buyers, it rotates it 180 degrees and plants it under the front hood. A must: all-wheel drive with central differential and reduction gear. Some cars were fitted with carburetors - recognizable by the distinctive hump on the bonnet - others with fuel injection, but total production was just 328 pieces. "It was a commercial flop then, but today it's a relic as a classic, with a market value of over 300,000 euros, three times its new price in the '80s," assures Delbò.

Another leap in time and the gateway to modern times is the last pure V12 engine in Lamborghini history, fitted to the latest Aventador series aptly named Ultimae, where it offers an incredible 120 hp/litre specific power, making it 780 hp , which are obtained from a displacement of 6.5 liters. The expression that Lamborghini chief designer Mitja Borkert uses to describe the lines could hardly be more apt: "The exterior design is inspired by the contours of spaceships, fighter planes and poisonous snakes." A light press on the menacing red button on the center console and it's, as if the red cloak of the fighter in the arena was held too close to the snout of this enraged bull that is about to destroy everything in its path. The roar is not much more than a meaningful harbinger of what awaits you a few seconds later in the narrow Alcantara chairs, when your facial features literally derail, as only a V12 is able to do. 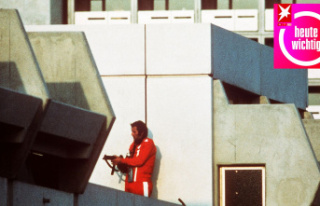