Everything you need to know to retire early

Many people do not know it, but there are those who can retire earlier than established. 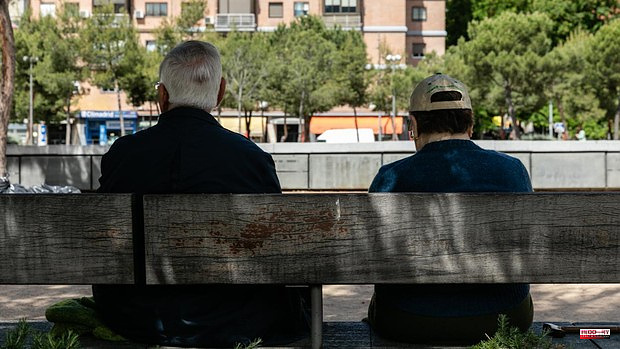 Many people do not know it, but there are those who can retire earlier than established. In 2022, the ordinary age is set at 66 years and two months for those who have contributed for 37 years and 6 months. However, there is an opportunity to advance the process. Although for this it is necessary to meet a series of requirements.

It should be noted that there are several types of early retirement and depending on it, the retirement age can be brought forward: voluntary, forced or involuntary, due to group or professional activity, due to disability and due to mutual status.

In the case of voluntary early retirement, it can be accessed two years before the ordinary age. For this, it is essential to have contributed for 35 years and that the amount of the pension is not less than the minimum benefit that would correspond to you when you reach ordinary age.

However, it must be taken into account that in 2022 monthly reduction coefficients will be applied to the retirement pension, and not quarterly and on the regulatory basis as in 2021.

If, on the other hand, early retirement is requested due to involuntary termination, which could be, for example, due to a collective dismissal, it is required to be four years younger than the ordinary age and to have contributed a minimum of 33 years. In addition, it is necessary to be registered as a job seeker for at least six months before accessing retirement.

There is also the possibility of early retirement based on professional activities whose jobs are of a dangerous, toxic or unhealthy nature and have high mortality rates. If so, it is required that the affected workers accredit a minimum activity in the respective profession that is established in each case. In early retirement due to group reasons, the retirement age may not be less than 52 years and, in the case of voluntary and involuntary early retirement, no reduction coefficients are applied to the pension.

Within early retirement due to disability, two distinctions are made. In the case of having at least 45% disability and having contributed for at least 15 years, retirement is allowed at age 56 and without applying reduction coefficients. The other issue is whether the worker is 65% disabled. Here you can advance the retirement age 0.25 years for each year of contributions. In this modality, the retirement age may not be less than 52 years.

Lastly, the workers of the Labor Mutual Societies may retire early from the age of 60 and reduction coefficients of between 8% and 6% will be applied to them for each year that is missing to reach the age of 65. Workers' mutual insurance companies are considered to be those that fall within these groups:

- Workers belonging to FEVE, the Concessionary Railway Companies for public use and the company "Ferrocarriles Vascos, Sociedad Anónima (SA)", admitted to said companies prior to December 19, 1969.

- Those who were included in the field of application of the Special Scheme for Coal Mining on April 1, 1969 and were contributors to any of the Coal Labor Mutual Societies on or before January 31, 1969.

- Workers included in the field of application of the Special Scheme for Sea Workers on August 1, 1970.

1 José Vicente Morata, re-elected president of the... 2 CF Talavera announces coach, sports director and president 3 Valencia goes from hosting the largest brothel in... 4 The Diputación de Alicante and the NGOs detail the... 5 What role does Russia have in the crisis between Spain... 6 Bitcoin sinks more than 10% after the 'corralito'... 7 The Adlib Ibiza catwalk celebrates its 51st edition... 8 Opera air bridge: the Teatro Real and the Liceo create... 9 North Korea's Kim pushes for inner unity, Kim... 10 Due to knee pain, Pope leaves annual procession 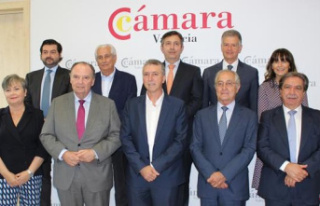