The plenary session of Congress gave the green light this Thursday to the public pension fund in a vote, once again, excessively tight for the Government's wishes on a fundamental point of the pension reform and that, beyond that, will pass the exam in a few days of the European Commission as one of the conditions for the arrival of funds for reconstruction. 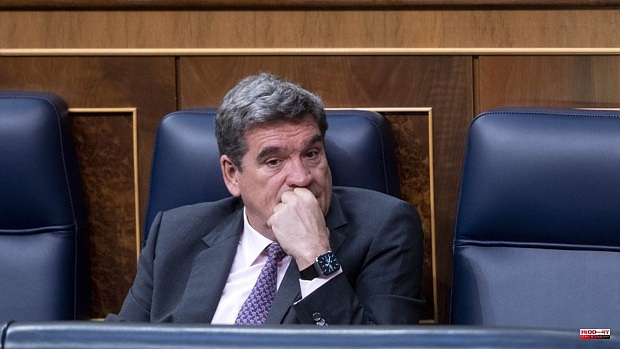 The plenary session of Congress gave the green light this Thursday to the public pension fund in a vote, once again, excessively tight for the Government's wishes on a fundamental point of the pension reform and that, beyond that, will pass the exam in a few days of the European Commission as one of the conditions for the arrival of funds for reconstruction.

Finally, the Executive had the support of United We Can, PNV, Cs, Nueva Canaria, PRC, PDCat and Teruel Exists. In other words, the opinion came out with a single vote of difference, as happened with the labor reform, after the PP certified its rejection of the measure due to the difference in tax incentives that employees and the self-employed will have, and due to the refusal of the Social Security to articulate a transitory improvement of income tax exemptions for contributions to private pension plans, which remains at 1,500 euros as a limit for this year.

The Executive, not in vain, not only had the PP and Vox in front of him but also received the votes against several of the coalition partners: ERC, Compromís, Más País, BNG, CUP, in addition to others such as UPN, Foro Asturias, JxCat. In short, the vote was approved by 172 votes in favor and 163 votes against. And with the abstention of the Canarian Coalition and Bildu, which confirmed their position facing the plenary session after certifying the agreement with the Government to include in the decree extending the anti-crisis measures a 15% increase in non-contributory pensions for which remainder of year.

The debate held in plenary, however, became muddy again between criticism of the Minister of Inclusion, Social Security and Migration, José Luis Escrivá, whom the parties hold responsible for the chaos that has surrounded the approval of the law until it reached the Chamber Low, and that culminated in the "botched" session of the Labor Commission that ended with the mistaken inclusion of a package of amendments from United We Can that brought down the central axis of the project to promote the pension plans of employment by clearing the law of tax incentives.

At this point, the PP deputy, Jaime de Olano, disfigured the forms of the Government with which this vote had been reached. “She is a fudge,” he pointed out, replying to the criticisms made by the popular ones a week before in commission. "We support private votes to solve the nonsense," argued the popular before confirming that despite this they would not support the final opinion of the law. Also from the PNV, Íñigo Barandarian, made Minister Escrivá look ugly, despite announcing support for the measure. "It has not been done well," he lamented before assuring that he understands the rush that Brussels has imposed to give the green light to the public pension fund.

In fact, the confirmation of the bill by the parliamentarians was carried out in two phases, as the private votes introduced by Cs and the PSOE itself had to be approved first to amend the error of the Labor Commission held last week . This was a mere procedure on Thursday morning when almost the entire Chamber joined this resource, which served to reject the unstopping of the maximum contribution bases and the reduction by half of the tax incentives for workers for their contributions to employment pension plans.

Precisely, the spokeswoman for Cs in the Toledo Pact, María Muñoz, assured in her speech that the orange formation will continue to press to improve the text as much as possible during the Senate process. "We will fight in the process of the Senate," he assured after celebrating that the Ministry of Social Security included part of its amendments in the final opinion, such as the 10% incentive on the Corporation Tax for the employer's contributions to the employment plan and the suppression of the right to veto that the Administration arrogates in the Special Monitoring Commission of the pension funds on the investments to which the savings of the workers will be destined.

1 The Rolex Giraglia begins in Saint-Tropez 2 Historical lesson of the Belgrade Partizan to its... 3 The European Sailing Brotherhood presents the Oceanic... 4 Karius says goodbye to the goal of his nightmares 5 Llop responds six months later to the reinforcements... 6 Good perfume in a small bottle 7 Inés Guillén, from Castile-La Mancha, new president... 8 Maduro visits Algeria in the midst of a diplomatic... 9 Repsol sells 25% of its renewables business to EIP... 10 Naturgy and Cepsa are following the conflict in Algeria... 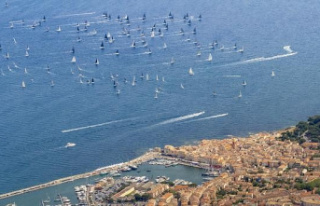 The Rolex Giraglia begins in Saint-Tropez