The phase-out of coal in the Rhenish mining area in North Rhine-Westphalia is to be brought forward by eight years to 2030. 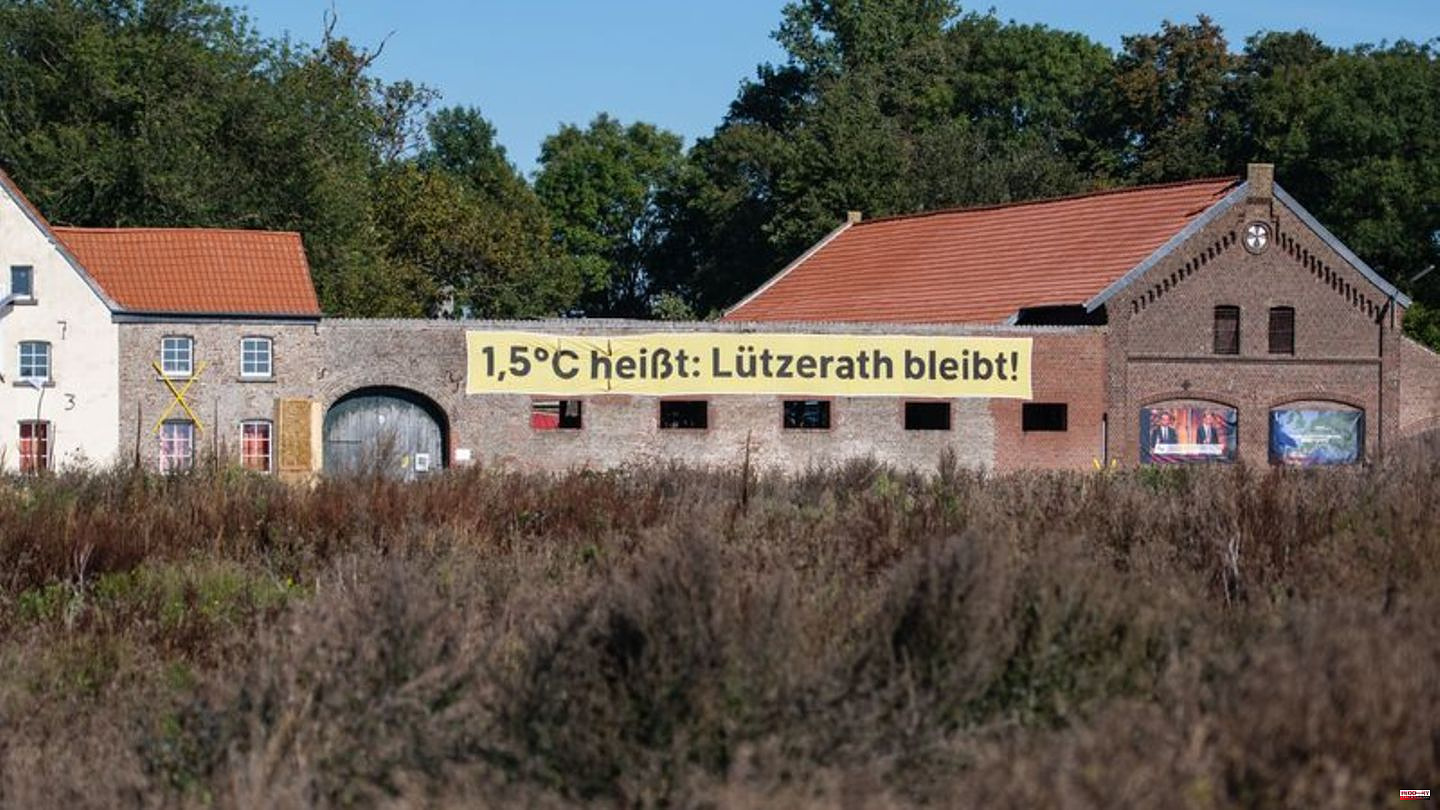 The phase-out of coal in the Rhenish mining area in North Rhine-Westphalia is to be brought forward by eight years to 2030. In view of the current energy crisis, two lignite-fired power plants are to run longer than previously planned.

The Lützerath settlement, which is a symbol of the climate protection movement, is to be demolished in order to mine coal there. These are the cornerstones of an agreement presented on Tuesday between the Federal Ministry of Economics, the NRW Ministry of Economics and the energy company RWE.

What exactly is planned

The agreement stipulates that the RWE coal-fired power plants Neurath F and G and Niederaussem K with a total of 3,000 megawatts will go offline at the end of March 2030. According to the current law, this is currently planned until the end of 2038.

In order to save gas in the short term in view of the energy price crisis in electricity generation, more lignite is to be used. The Neurath D and E power plant blocks, which were actually supposed to be shut down by the end of 2022, are now to remain in operation until the end of March 2024 - with the option for another year. Hard coal and lignite-fired power plants have already been taken out of reserve during the energy crisis. In order to accelerate the energy transition, RWE wants to build new, hydrogen-capable gas-fired power plants.

The accelerated phase-out of coal should not be at the expense of employees. "It was important to us that the federal government also promised to adapt the legal regulations in such a way that nobody fell into the mountains," said RWE boss Markus Krebber. The chairman of the mining union IG BCE, Michael Vassiliadis, said: "We will ensure that the federal government and the company do not deviate from the assurances one iota."

Federal Economics and Climate Protection Minister Robert Habeck (Greens) said that they are also talking to the operators of the power plants in the East German lignite mining areas about an earlier exit. State Secretary Michael Kellner said: "Now it is important to aim for the 2030 phase-out target in East Germany too." But that is controversial in the East.

What the plans for climate protection mean

During the energy crisis, Habeck had to announce the painful news for the Greens that climate-damaging coal-fired power plants would be taken out of reserve. Two nuclear power plants are also scheduled to run longer than planned, until the first quarter of 2023. The package with RWE has now been rated by the Greens as a big step towards more climate protection. The energy price crisis recently threatened to overshadow climate protection as a core issue for the Greens.

Despite the current energy crisis, it is about setting the course for the future, said Habeck with a view to climate change. According to the ministry, around 280 million tons of CO2 will no longer be emitted as a result of the planned earlier phase-out of lignite in the Rhenish mining area. Originally, when coal was phased out in 2038, twice as much was approved.

"It makes sense to leave more coal in the Rhenish area in the ground and to prefer phasing out coal here for climate protection," said Ottmar Edenhofer, climate economist and director of the Potsdam Institute for Climate Impact Research. "At the same time, however, it must be ensured that we do not run into bottlenecks in the power supply - which is why the expansion of renewables must be advanced very quickly."

The energy expert Claudia Kemfert from the German Institute for Economic Research said that the most important thing is the faster expansion of renewable energies. "The faster they are expanded, the less coal has to be excavated and the fewer places have to be relocated."

What does that mean for villages

For the villages of Keyenberg, Kuckum, Oberwestrich, Unterwestrich and Berverath, as well as three farms, there is now certainty: they will definitely not have to give way to the excavators, so their residents have a future there. But that doesn't come as a surprise, in the end it was more or less clear given the statements from the black-green state government in North Rhine-Westphalia.

Nevertheless, it is reassuring for the residents to now have certainty. But the best-known place in the area will disappear: Lützerath. The settlement, where the last reported resident recently moved out in frustration, will be demolished so that the large coal deposits underneath can be mined.

Environmentalists and the Green Youth - party friends of Minister Habeck and NRW Economics Minister Mona Neubaur - expressed sharp criticism. The Green Youth wrote on Twitter that the coal under Lützerath was no longer needed. "On the contrary: With this we are further heating up the climate crisis." The Federation for the Environment and Nature Conservation Germany said the Greens were sacrificing Lützerath.

Local protests are likely to increase in the coming months. "We will protect the village with the entire climate justice movement, it will be similar to the Hambach Forest," said Christopher Laumanns from the organization "All villages stay!". The Hambach Forest, which lies on the edge of the lignite opencast mine, was and is a symbol of the conflict between climate protectionists and the coal industry.

Why there is criticism from the coalition

The FDP spoke of an uncoordinated proposal by Habeck and opposed "politically set shutdown dates". Group Vice President Lukas Köhler said: "In order for the coal phase-out to succeed by 2030, not only must the renewable energies and the necessary networks be available in sufficient quantities, but also significantly more flexible gas-fired power plants than before."

Nobody can say with certainty that everything will go exactly as planned. The FDP stands by the goal agreed in the coalition agreement of “ideally” phasing out coal by 2030. But it was also agreed not to change the coal phase-out law for this purpose - but that's exactly what Habeck is planning now. 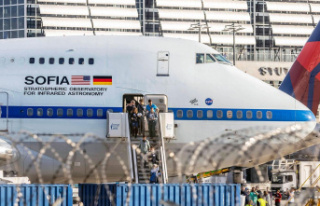 Follow Me: Boeing 747SP: Nasa and DLR send their jumbo...