It gets pretty loud when the branches disappear into the shredder. 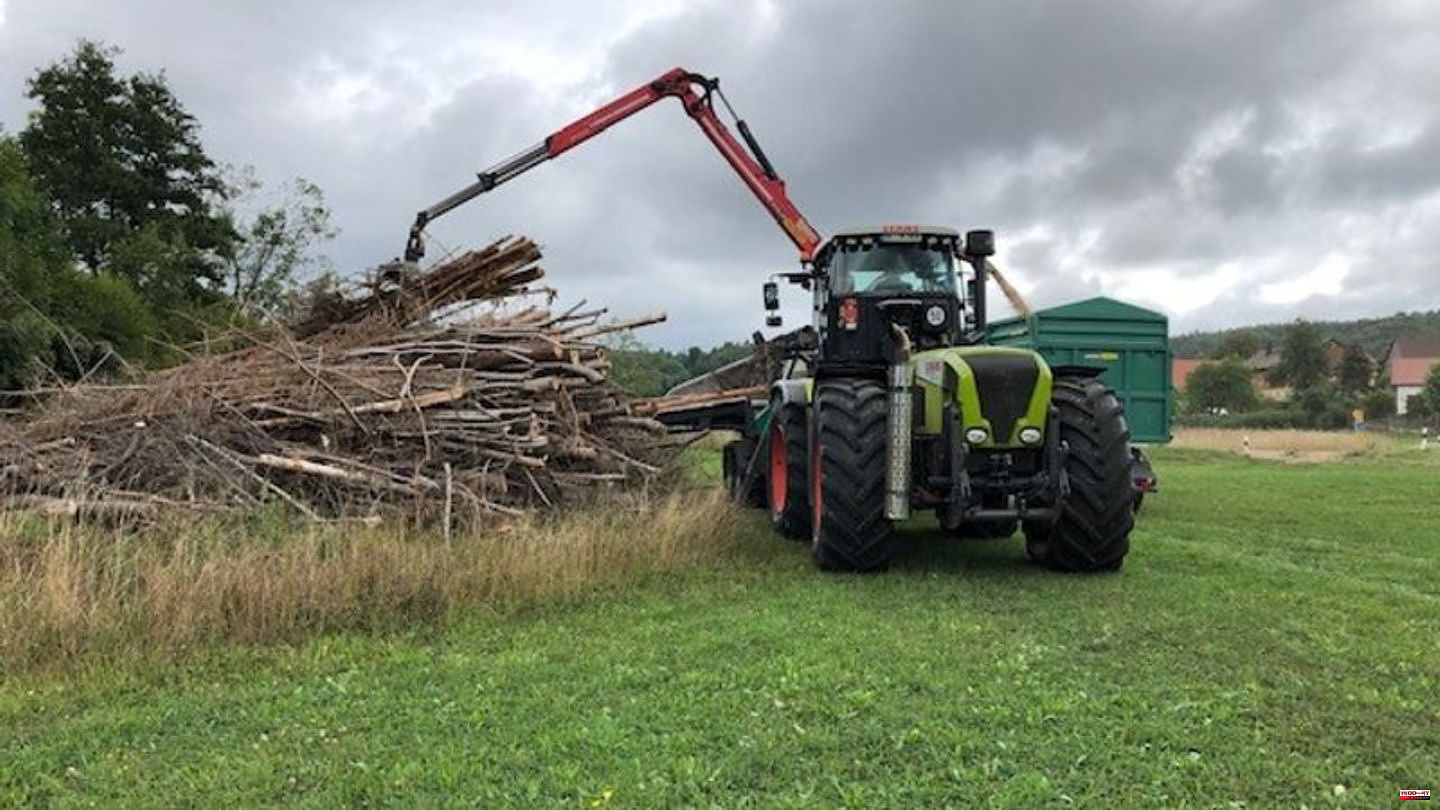 It gets pretty loud when the branches disappear into the shredder. Broken trunks, trees infested by the bark beetle, bushes - the machine shreds all of this into wood chips. They are later burned and generate heat. Producing wood chips and thus heat from residual wood initially sounds good in view of the rapidly increasing gas and oil prices. But there are limitations, for example geographical and logistical. Wood chip storage needs a lot of space, as does the combustion system.

Andreas Lücke, spokesman for the Wood Heat Initiative, which brings together nine associations and institutions from the wood energy and wood heat sectors, says: "This is a very special market." However, it turns out: "The market is going up." According to the Federal Association of the German Heating Industry (BDH), around 7,100 wood chip boilers were installed in 2021, which was more than 20 percent more than in the previous year. In the first half of 2022, 3,500 boilers were installed, an increase of six percent compared to the first six months of 2021. For comparison: pellet heating systems were 32,000.

Wood chip heating is of particular interest to people in rural areas who own their own forest. That is why the topic is very much concentrated on Bavaria and Baden-Württemberg as well as on parts of North Rhine-Westphalia and Lower Saxony, says Lücke. In contrast, wood chip systems are rare in classic single-family homes or in urban areas. Lücke speaks of "special fields of application".

Wood chip heating is also an issue for municipalities

Wood chip heating is also an issue for municipalities or municipal suppliers who have their own forest or access to wood chips if farmers sell them. This is especially true in regions with a lot of forest, such as Sauerland, Bergisches Land or Fichtelgebirge.

For example, the district of Bayreuth in northern Bavaria with municipalities in the Fichtelgebirge: there are 15 larger biomass heating plants here that heat residential buildings, public buildings and commercial properties. In the Obernsee thermal baths, for example, an average of 2,300 tons of wood chips from waste products from forest maintenance are used each year, according to a spokeswoman for the district. If you were to use heating oil, you would need 690,000 liters, she calculates. The swimming pool in Pegnitz in the district also uses wood chips to keep the pool water and sauna warm.

Simon Lesche, an expert at the Technology and Support Center in the Competence Center for Renewable Resources (TFZ) in Straubing, Bavaria, says that interest in wood chip heating systems has increased. But not to the same extent as the demand for pellet heating systems. Wood chip heaters served a different clientele. The operation of a wood chip heating is more demanding, you need more space. The advantages: the fuel is comparatively cheap and the degree of automation is high. However, the purchase is more expensive than a pellet heating system.

Burning "waste" from the forest actually sounds good at first. "For the production of forest wood chips, the weak assortments, the crown and branch material as well as poor-quality pieces of wood, for example with rot or severe curvature, are used in particular," writes the Bavarian State Institute for Forestry. However, environmental organizations see a fine line between the sole use of waste and greater use of forests.

"For the BUND, the careful use of forests and their protection have absolute priority, especially in the current poor state of the forests. We can advocate the energetic use of wood biomass as a storable and flexible compensation for energy from wind and sun if this is done in densely wooded areas regions and on a scale adapted to forest growth," says Olaf Bandt, Chairman of the German Federation for the Environment and Nature Conservation (BUND). "Only residues that occur, for example, during wood processing and cannot remain in the forest as nutrients should be used energetically in a highly efficient and clean way. This also includes wood chips and wood pellets that occur in the cascade of wood processing."

According to information from the Federal Office of Economics and Export Control (BAFA), wood chip heating systems are subsidized by the state. There are also relevant funding programs in the federal states, for example in Bavaria. According to the Ministry of Economic Affairs, around 260 biomass heating plants have been subsidized in Bavaria since 2009.

1 World of work: This is how mobile working abroad works 2 Cosmetics: fresh complexion thanks to vitamin C serum?... 3 Award: Singer Kelly Clarkson immortalized on "Walk... 4 Lifehack: Clean sneakers: This is how dirty sneakers... 5 Trends 2021: Costume Check: These are the most popular... 6 Sahra Wagenknecht: The left before the showdown? 7 209th day of the war: Consequences of the counter-offensive:... 8 Tariffs: Commuters hit by train driver warning strikes 9 Lower energy costs: Save heating costs now: Five smart... 10 At least one dead: Hurricane Fiona causes severe damage... 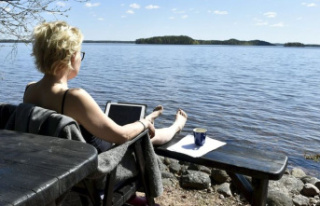 World of work: This is how mobile working abroad works