The business world is holding its breath waiting to learn about the new anti-crisis decree that the Government will approve in the Council of Ministers tomorrow. 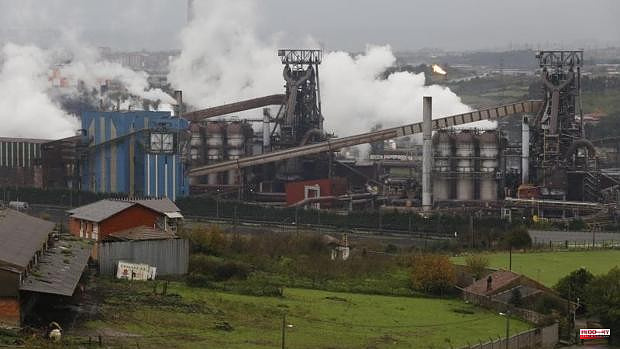 The business world is holding its breath waiting to learn about the new anti-crisis decree that the Government will approve in the Council of Ministers tomorrow. Sectors as disparate as the countryside or transport have accumulated a millionaire bill due to the rise in energy and fuel prices and now they are waiting for the Executive to launch a lifeline in the form of aid.

In the case of the steel mills, the companies demand a "stable framework" and "competitive prices". The regulatory changes and the aid promoted in recent months have fallen short in the face of energy costs that are overflowing due to geopolitical instability. And now the employers already envision a hot autumn, with empty concessions and closed factories, if the Administration does not implement effective measures to overcome the economic earthquake that has generated the invasion of Ukraine by Russia.

"The cost of fuel has doubled in six months and the same electricity: the tractor tank costs me 340 euros to fill it, six months ago about 200 euros, almost double," says Romualdo Castro, a rancher and farmer from León who was present yesterday at the concentration of several hundred farmers and ranchers promoted by the agricultural organizations Asaja, COAG and UPA in front of the CLH center in Santovenia Pisuerga (Valladolid). These associations protested against diesel prices at historic levels, a reality that is once again setting the countryside on fire and that predicts more mobilizations in the coming days. All this, with skyrocketing production costs. Specifically, according to Asaja, compared to June 2021, energy has shot up 180% due to 36% of feed for livestock and 49% for pigs.

For now, next week the farmers and ranchers of Granada will also hit the roads. "The more we work, the more we ruin ourselves," summarizes the president of Asaja Castilla y León Donaciano Dujo to ABC. As an example, he mentions that yesterday the price of agricultural diesel was 1.70 euros / liter while a year ago it was 0.80 euros / liter. "This means that if 4 million liters of diesel are consumed annually in Castilla y León, last year it cost about 320 million euros while now it would be 640 million," summarizes Dujo, who recalls that without fuel the harvest will not be harvested or there will be production. In this sense, he criticizes the Government for allowing "the oil companies to get rich and, at the same time, collect an outrage."

Dujo asks the Executive to approve a professional agricultural diesel and calls the bonus of 0.20 euros / liter "insufficient". From this agrarian organization they also ask for an increase in deductions in the direct estimation regime of personal income tax, as well as an increase in compensatory VAT on livestock. The general secretary of COAG, Miguel Padilla, speaks in a similar line: "The situation is becoming unsustainable and threatens practically all agricultural activities."

Padilla also anticipates that there will be more protests in the coming days, if the government does not approve a powerful package of measures on Saturday, and warns that if the situation continues like this, production may be reduced. "In practice, the application of the Food Chain Law -which prohibits the sale at origin below production costs- is slow in its application", laments the COAG leader. At the moment, the meeting convened yesterday at the Ministry of Agriculture with the agrarian organizations was postponed, by surprise, until Monday when the new anti-crisis package is already known.

For its part, from UPA, they request the intervention of the Government to monitor the profits of the oil companies. In addition to asking Competition to investigate the behavior of these companies.

Public transport had not overcome the crisis generated by the pandemic when energy costs began to rise. Some costs that have already generated a financial hole of 500 million euros for the sector, as explained by the secretary general of the Association of Urban and Metropolitan Public Transport (Atuc), Jesús Herrero, in statements to this newspaper. The most affected have been the vehicles that use compressed natural gas, a fuel that was praised by the Executive a few years ago for its low environmental impact and that now represents a headache for companies due to the high prices of raw materials.

It is true that passenger traffic has grown in recent months to stand at 80-85% of pre-crisis levels, but Herrero warns that "there is still no complete recovery." «The hole of the coronavirus has not had compensation, nothing has happened to solve the bankruptcy of certain companies. And with this crisis still open, another hole has been opened for us by the rise in fuel and energy prices. In addition, we will soon have to renew agreements and the workers are demanding wage increases linked to the CPI. It is the perfect storm », explains the manager, who represents through his association both public companies (EMT of Madrid) and private companies Alsa.

That is why Atuc calls on the Government to go beyond the transport pass bonus and include a shock plan in the new anti-crisis decree that serves as a lifesaver for public transport. «The reduction of the transport bonus is a good measure, but it is insufficient. Keep in mind that the price is not the variable that determines the choice of one transport or another. Time is a major conditioning factor, and in many cases we move by car because there is no direct alternative”, says Herrero. The organization asks to expand the rescue fund launched for the industry, since since it was launched they have only been able to access 420 million from this mechanism, which barely compensates for the losses of the first year of the pandemic.

Atuc, which has Renfe among its associates, also calls for the consideration of the railway sector as an electro-intensive industry. The public operator itself has explained that he paid 162 million for electricity in the first quarter, twice as much as last year. Despite warnings from the sector, the passenger train was left out of the first aid package launched by the Government to mitigate the crisis caused by the invasion of Ukraine.

Herrero hopes that this situation will change in the next aid plan. “Extraordinary measures must be taken, either there is aid or it is very likely that concessions will be broken,” he maintains.

The high costs of electricity and gas will force the suspension of the production of more steel mills in our country, as Bernardo Velázquez, president of Unesid, the steel employers' association, warned yesterday.

In a meeting prior to the general meeting of this association, he stated that, however, they currently maintain their order books despite the fact that production has fallen slightly in the first quarter of the year compared to the end of 2021 due to the increase in prices and other extraneous issues, such as the war in the Ukraine and the transport stoppages.

Bernardo Velázquez called for a "stable framework" and "competitive prices." He gave the example of France, where the industry has a price of just over 40 euros per MWh, linked to nuclear generation, three times less than in Spain. He also pointed out that in the US, the 'PPA' (long-term supply contracts) are at 30 dollars per MWh, compared to 130 euros per MWh in Spain. Only 15% of the energy consumed by this sector in our country is through 'PPA', the rest is linked to the wholesale market, highlighted the general director of Unesid, Andrés Barceló.

He stated that the system "does not work" in our country while in Brussels "they are delighted to meet each other." Velázquez added that the announced new drop in VAT has no impact on the industry and that if both energy and wages continue to rise, “you are leaving the market.” At this point, Barceló recalled that "the steel industry has the best salaries in the entire industry."

1 Spectacular Ledecky: the American leaves Budapest... 2 Nadal, defeat with good feelings 3 The ups and downs of the LaLiga teams live: Morales... 4 Aleix's indignation, who charges against Race... 5 Poor Spanish participation in the Mediterranean Games 6 The sons of Scottie Pippen and Shaquille O'Neal,... 7 FINA does not allow Anita Álvarez to compete in the... 8 The war continues over the failed bid for the 2030... 9 Cilic, Auger-Aliassime and Tsitsipas, on the way from... 10 This is how inflation affects the Formula 1 World... 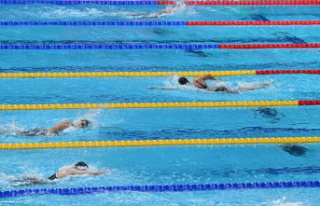