Energy: Habeck on a hydrogen mission - high hopes in Namibia

Lots of sun, lots of wind - and lots of space: The conditions for the production of "green" hydrogen in Namibia are considered ideal. 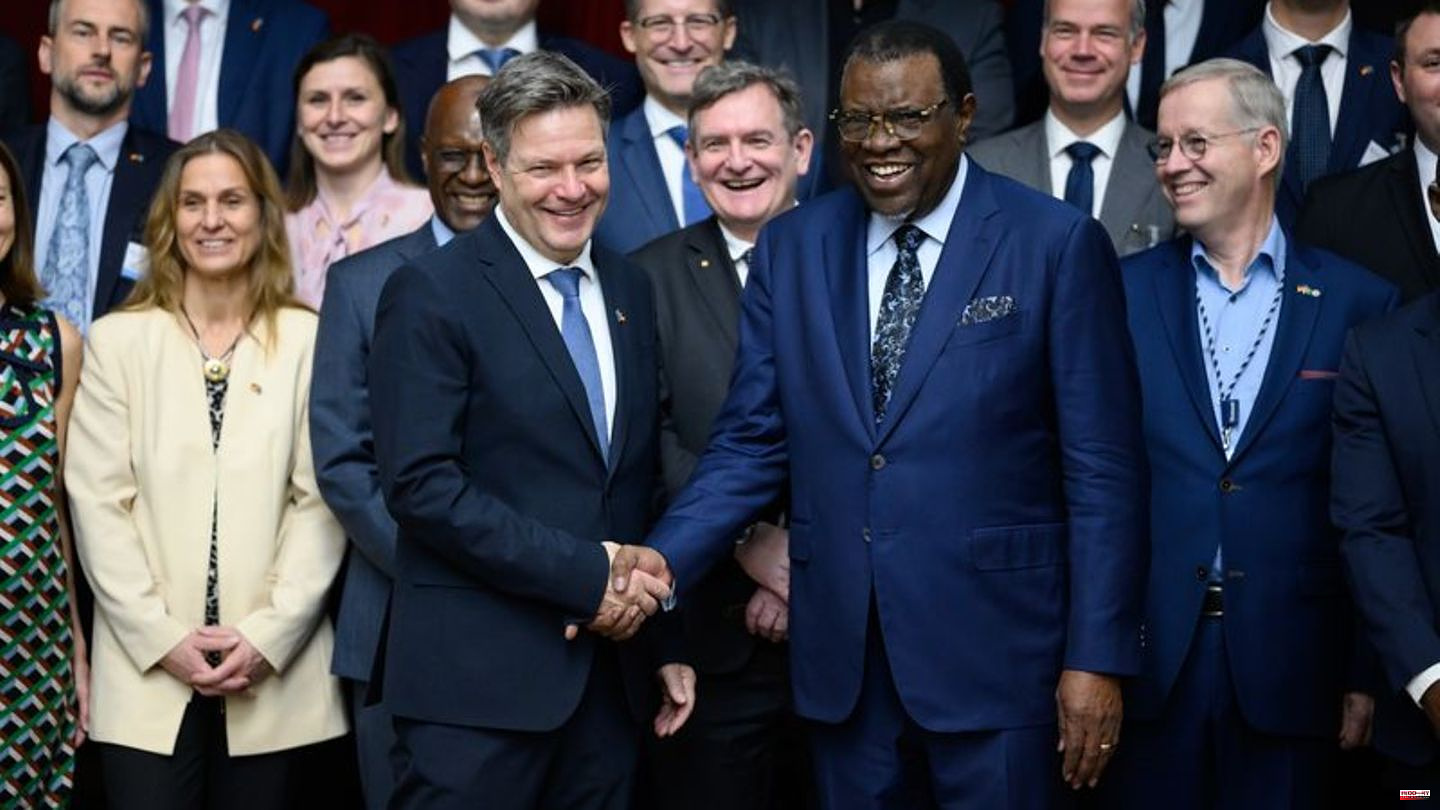 Lots of sun, lots of wind - and lots of space: The conditions for the production of "green" hydrogen in Namibia are considered ideal. Germany also wants to benefit from this for the climate-friendly restructuring of the economy. Economics Minister Robert Habeck made it clear on Monday in the Namibian capital Windhoek: It should be about a partnership on an equal footing.

The State House, the seat of Namibia's President Hage Geingob, is full. Vice Chancellor Habeck brought a large delegation with many managers. Geingob says there has never been anything like it and is promoting German investment. Every manager from Germany can briefly introduce themselves. An Eon manager says the group is looking for ways to import green ammonia. The Hylron company plans to produce "green iron" in Namibia and receives a grant from the Ministry of Economic Affairs.

The signals are therefore on "green". Germany should be CO2-neutral by 2045. To achieve this, production processes, for example in the steel and chemical industries, have to be completely reorganized. Huge amounts of green hydrogen are needed, which are to be produced on the basis of electricity from renewable energies and then produced by the electrolysis of water. There are industrial sectors in which electrification is technically not possible or not economical, as stated in a paper by the Federation of German Industries.

In Namibia - more than twice the size of Germany but with almost 2.6 million inhabitants - a large project to set up production of green hydrogen with an investment volume of around ten billion dollars is planned. That roughly corresponds to Namibia's annual economic output, says Habeck. The country has high hopes for the project. It should play an essential role in moving Namibia forward, as Energy Minister Tom Alwendo makes clear.

The German company Enertrag is also involved in the project, which has been going on for a while. With regard to Habeck's visit and the financing of the project, company boss Gunar Hering says it is "extremely important" that it becomes visible that Germany is behind the project.

Deliveries from 2027 by ship

In Namibia there is a huge opportunity to use the huge area of ​​the country with the production of green hydrogen and green ammonia. The project should also serve to create jobs and promote Namibia's development. The hydrogen is to be converted into ammonia, transported to Germany by ship from 2027 and used primarily in fertilizer production and the chemical industry - and to replace natural gas. RWE has already signed a declaration of intent to purchase green ammonia from Namibia. The energy company wants to build a terminal in Brunsbüttel by 2026, which could serve as a port of destination.

The project is planned in a national park in southern Namibia, where diamonds used to be mined. The port city of Lüderitz, which is set to benefit from the project, is nearby. That also spans the arc to the story. The cornerstone for the colonization of Namibia by the German Reich was laid by the Bremen merchant Adolf Lüderitz, who in 1883 acquired a bay and other areas from the natives that are still named after him today.

Habeck says he sees everything that is developing in Namibia, also in the "light of history". Almost 120 years ago, Germany was guilty. From 1884 to 1915, the German Reich was the colonial power in what was then German South West Africa and put down uprisings. During the Herero and Nama War from 1904 to 1908 there was a mass murder that is considered the first genocide of the 20th century. The federal government and the Namibian government had agreed on a reconciliation agreement that still has to be ratified by the parliaments.

Robert Habeck: The project must benefit the people of Namibia

For him, the hydrogen project and German history are not completely separate, says Habeck, even if his interlocutors in Namibia did not address it. For him personally, too, it is crucial that the project benefits the people of Namibia. "The last thing we can accept is some kind of green energy imperialism." That would mean Namibia developing energy, Europe or Germany siphoning it off and leaving the country alone again.

Germany is making Namibia an offer that may differ from "energy-hungry" economies, says Habeck. Germany wants the country to develop more, that people are qualified, that they find jobs and that unemployment falls. The energy supply for Namibia and its neighboring country South Africa could become more robust and climate-friendly. Pipelines are planned.

Germany would like to take what is left over as green ammonia that can be transported across the seas. Namibia should become an important supplier - but by no means the only one, in order not to be dependent again as it used to be with Russian gas. 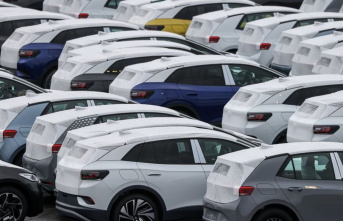