A stiff breeze is blowing on the southern tip of Chile. 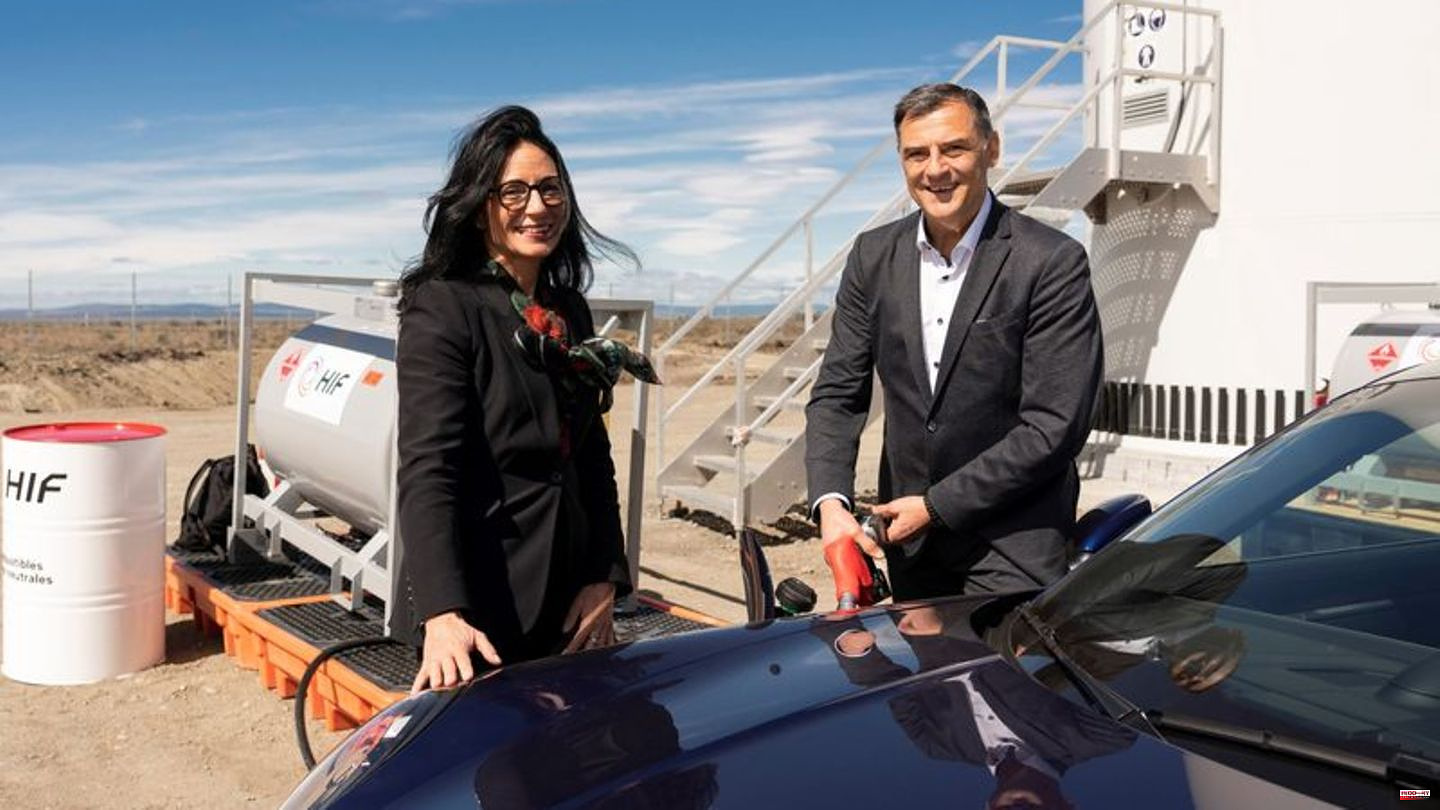 A stiff breeze is blowing on the southern tip of Chile. The strong wind sweeps across the Patagonian pastures, tearing at the bushes and churning up the sea. Now the gusts should also make their contribution in the fight against climate change. Siemens Energy and the automaker Porsche opened a factory for CO2-neutral fuel (e-fuel) near the city of Punta Arenas on Tuesday. "This is just the beginning of a new era," said Porsche Board Member for Development Michael Steiner. "This factory is a milestone."

According to the companies, the Haru Oni ​​plant near Punta Arenas is the world's first plant for the industrial production of e-fuel. The companies HIF, Exxon Mobil, Enel, Enap and Gasco are also involved in the factory.

The project uses wind power to generate CO2-neutral fuel. Water is first split into oxygen and hydrogen using electrolysis with the renewable electricity. CO2 is then filtered out of the air and converted to e-fuel with the hydrogen via the intermediate step methanol.

"Power to Fuel" process in use

The basic idea is that, compared to normal petrol, diesel or LPG, these fuels put less strain on the raw material cycle and should not release any new CO2 that was previously bound for a long time. "Power to fuel" processes do not obtain the fuel from the chemical processing of crude oil, which was stored in the ground for millions of years and which, when burned, increases the carbon content of the atmosphere. Rather the other way around, they build hydrocarbon chains instead, for example from hydrogen (H2) and CO2. However, for this you need H2 in its pure form, for which water has to be split in an energy-intensive manner. If - and only if - green electricity without an additional CO2 load is used, the artificial fuel can drive suitable engines in a climate-neutral manner: Only as much CO2 is released as was taken from the air or biomass.

In the pilot phase in Chile, a wind turbine with an output of 3.4 megawatts will initially only produce 130,000 liters per year. Porsche takes the entire amount and initially wants to use the fuel in motor sports, for test drives with customers and for refueling vintage cars. 70 percent of all Porsche vehicles ever built are still on the road. "We want to give drivers the opportunity to continue operating their vehicles without a guilty conscience," said Steiner.

In the coming years, the capacity is to be significantly increased. In the next expansion stage, 40 wind turbines will supply the energy for the production of e-fuel. Around 55 million liters are to be produced annually by 2025 and around 550 million liters by 2027.

methanol as a raw material

In the future, e-fuel could also be used on a larger scale directly as green fuel or as an admixture to conventional petrol. According to Porsche, whether this makes economic sense depends primarily on the legislator. If the addition of climate-neutral fuel becomes mandatory or if there are significant tax advantages, e-fuel could become attractive despite a production price of currently around two US dollars per liter.

The operators of the pilot plant have opened a back door should the demand for e-fuel not pick up. In a first step, the factory produces methanol, which can also be sold elsewhere. "With methanol we have a raw material that can already be used directly as fuel for ships. It can also be used to produce kerosene, because in the long run it will be very difficult to replace kerosene with electrification, especially in air travel," said Markus Speith from SiemensEnergy. "We wanted to keep this flexibility."

E-fuel technology is repeatedly criticized for its low efficiency, in contrast to the direct electrification of cars. While in electric cars between 70 and 80 percent of the initial energy arrives at the wheel, with e-fuel in industrial production it is just over 40 percent.

"Efficiency is not that important. Without us, the wind would not be used here at all," said Rolf Schumacher from the plant's operating company, HIF Global. There is an abundance of wind in the south of Chile, and the turbines there run much more frequently under full load and produce around three times as much energy as comparable wind turbines in Germany.

For Porsche, investing in e-fuel is not an alternative to the electric car, but a supplement. "We are committed to electrifying around 80 percent of new vehicles by 2030," said Barbara Frenkel, head of procurement at Porsche. "With e-fuel, we want to contribute to the decarbonization of the existing fleet."

In southern Chile, people are hoping for a new growth industry in the structurally weak region. "It was exactly 77 years ago that oil was first discovered here," said Punta Arenas Mayor Claudio Radonich. "Now the paradigm has changed. Oil used to represent prosperity, now the wind."

1 Quarterly figures: Sporting goods giant Nike increases... 2 "Sat.1 Spezial": Tears and a call to his... 3 Actress: Kim Cattrall mourns the loss of her mother 4 Afghanistan: The next step back: Taliban ban women... 5 Possible indictment against Donald Trump: "Trump... 6 Driving report: Skoda Enyaq Elektro: Dynamic Stromer 7 Oh, you conflicted ones: What we bicker about at Christmas... 8 Tuchel ready for new job: Focus is on Spanish La Liga 9 Ratings: Many see the Boris Becker interview and continue... 10 Princess Kate plants a tree in honor of the Queen 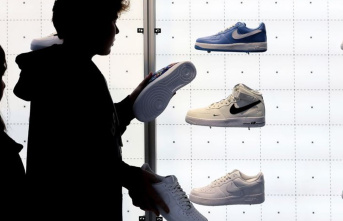