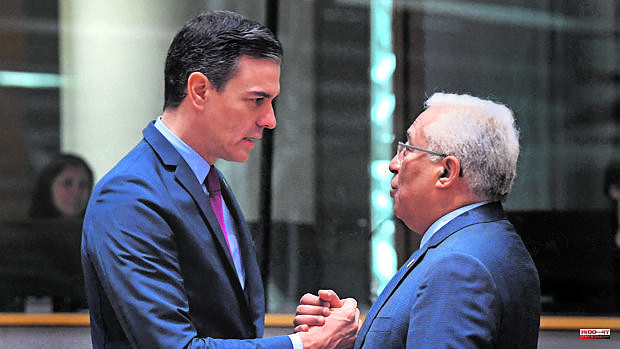 The European Commission has today approved the Iberian mechanism to limit the price of gas used to generate electricity and thus lower the price of electricity in the Iberian Peninsula. The measure will be effective from the next day 14 and will affect the wholesale electricity market matching that will be held that day to set the prices of the 15th, so it will be on that date when the announced decrease in rates will begin to be noticed regulated electricity that will benefit the 10.07 million customers who have this rate or pvpc.

Although at first the Minister for the Ecological Transition, Teresa Ribera, said that the bill would be reduced by 30% with the new mechanism, she has recently lowered those forecasts to "15 or 20%".

What the minister has not yet clarified is how and, above all, who will assume the costs of this measure, which amount to 6,300 million euros, according to the proposal sent to Brussels.

Curiously, today she was asked at an event organized by Enerclub if she knew when Brussels could approve this measure, and she replied that "before the end of next week."

The final approval of the European Commission comes two and a half months after it was authorized by the European Council meeting held at the end of last March, the month in which the price of electricity reached 700 euros per MWh, and after the Spanish Government said that it would enter into force at the beginning of April. The decision has been made "after very intense work, given the complexity of the measure, and marks a milestone in relations between Spain, Portugal and the community institutions," according to the Ministry for Ecological Transition.

The measure will apply until May 31, 2023. The support will take the form of a payment that operates as a direct subsidy to electricity producers to finance part of their fuel cost.

The daily payment will be calculated based on the price difference between the market price of natural gas and a cap set at an average of 48.8 euros/MWh during the validity of the measure. More specifically, during the first six months of the application of the measure, the real price cap will be set at 40 euros/MWh. From the seventh month, the price cap will increase by 5 euros per month, resulting in a price cap of 70 euros/MWh in the twelfth month. The measure will be financed by part of the so-called "congestion revenues" (that is, the revenues obtained by the Spanish Transport System Operator as a result of cross-border electricity trade between France and Spain), and a charge imposed by Spain and Portugal. buyers who benefit from the measure, according to Brussels.

1 Lagos ex-governor wins Nigerian ruling party's... 2 María Berasarte digs her roots in 'La Tierra... 3 Administrations and workers force a meeting this Thursday... 4 Darío Villanueva: "In politics people have always... 5 Arrested in Barcelona another member of the Pakistani... 6 The five festivals in Galicia that you cannot miss 7 Solidarity days of Mountain in Castillo de Bayuela... 8 "Cowards. I will never forgive you »: a teacher... 9 The proclamation of Ángel Felpeto opens the most... 10 The EvAU exams start at the UCLM without incidents... 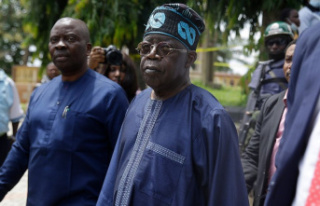