El Corte Inglés (ECI) adds new closures as part of its store reorganization strategy that has accelerated coinciding with the entry of Mutua Madrileña into its capital a few days ago. 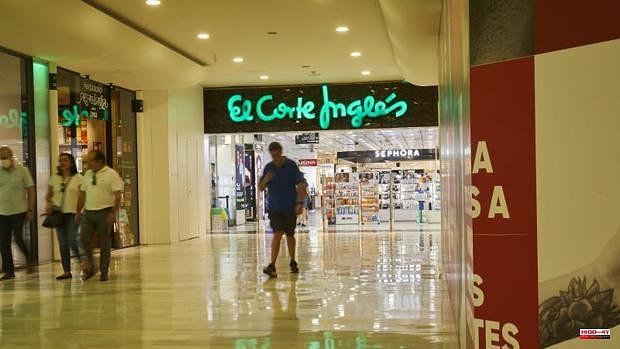 El Corte Inglés (ECI) adds new closures as part of its store reorganization strategy that has accelerated coinciding with the entry of Mutua Madrileña into its capital a few days ago. To the announcement last week of the closures of the centers of La Vaguada and Parquesur in Madrid, and the one on Calle Colón in Valencia, are now added those of the establishments of Gran Vía 20 in Bilbao and Serrano 52 also in the same Madrid capital, as company sources have assured this newspaper. The operation of the latter, exclusively for men's clothing, and which houses David Múñoz's Street XO restaurants, will be concentrated in the Woman store that the brand has a few meters away, on Serrano 47.

The move will happen in August.

With these movements, El Corte Inglés continues with its strategy of reorganizing stores after the hard blow that Covid-19 dealt the company during the first year of the pandemic. The company chaired by Marta Álvarez wants to continue releasing its liabilities (at a minimum of 15 years, 2,500 million) and for this it is focusing on getting rid of those smaller centers, which operate under lease and do not offer the entire offer to the entire group. The objective is to transfer efforts to the largest stores of the Spanish distribution giant. Thus, for example, as is the case with the center of Serrano 47, they will seek to strengthen the department stores of Castellana, San Chinarro and El Bercial, with the closures of La Vaguada and Parquesur. More than 500 employees will be relocated gradually, until the total cessation of operations in these last two establishments at the end of July. For these relocations, the preferences of the employees, the proximity of the centers to their homes and their professional skills will be taken into account, as the company has informed the workers' representatives.

Something that will also happen with the closure of the Gran Vía 20 center in Bilbao, after deciding not to renew the rental of the premises. The 70 workers employed in that establishment will become part of the staff of its most emblematic department stores located in the main artery of the city of Bilbao.

But these are not the only closures that ECI has undertaken in recent times. Since it announced the start of its concentration plan in 2020, El Corte Inglés has closed some centers such as Linares (Jaén), El Tiro (Murcia), Francesc Macià (Barcelona) and two stores in Burgos (La Moneda street and Calle Vitoria) whose dismissals were announced earlier this year.

Not everything has been to throw the blind. As part of the same policy, the brand has carried out a series of reconversions in some centers towards other marketing formats such as the 'outlet'. Something that has happened, for example, with the Arapiles centers in Madrid, Seville East or Guadalajara, where the brand offers discontinued products or with large price reductions.

Other divestments will be added to the closures announced today. The brand has put two stores up for sale in Seville and Córdoba for which they expect to receive a report of 50 million euros, as reported by 'El Confidencial'. In the capital of Seville, the brand is looking for a buyer for the local specialized in sports that it owns in front of the department stores in Plaza del Duque de la Victoria, the most emblematic of El Corte Inglés in the city, which will include the operations of the establishment for sale .

In the case of Córdoba, the building that formerly occupied the now defunct warehouses, Simago, "is a center that had been without activity for more than 20 years," the company highlights.

1 Puerto Sherry begins preparations for the Pedro Bores... 2 The Board reinforces the staff that will manage the... 3 The region registers 1,917 cases of Covid in people... 4 The story of the huge brothel that turned Valencia... 5 The ADDA presents its new season "Divine Poem"... 6 An unidentified fishing boat loaded with 560 kilos... 7 Open day and guided tours in the Municipal Archive... 8 Health notifies 3,019 new cases of coronavirus and... 9 "I'm not going to jump after you":... 10 Interior will reinforce the 12 largest Spanish airports... 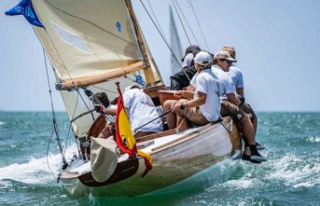