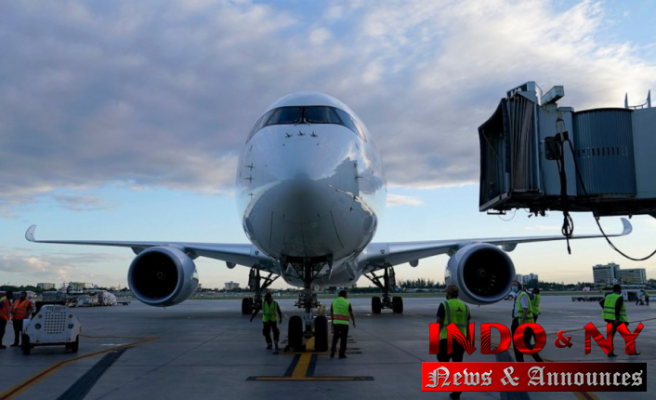 United Airlines and Delta Air Lines both stated that they cancelled flights due to staff shortages related to the omicron variant. According to FlightAware, Delta cancelled 145 flights Friday and 111 on Christmas Day. Other factors such as weather can also cause cancellations. United cancelled 175 flights Friday and 69 Saturday.

COVID did not disrupt all airlines' travel plans. American Airlines stated that it has "nothing" to report, while Southwest Airlines claimed that "things are running smoothly." JetBlue didn't respond to a request to comment.

This year, the U.S. airline industry has been plagued by flight delays and cancellations due to staff shortages. In 2020, airlines encouraged their workers to quit. However, they were caught short of staff this year, as air travel recovered.

United stated in a statement that the nationwide increase in omicron cases over the past week had an impact on their flight crews as well as those who manage our operation. "We've had to cancel some flights, and we are notifying affected customers before they arrive at the airport."

Delta stated that it cancelled Friday's flights due to the impact of omicron, and possible bad weather. It had exhausted all options and resources after it had "exhausted every option and resource -- including rerouting and substituting aircraft and crews to cover planned flying."

Both airlines stated that they are trying to rebook passengers.

Some travelers cancelled holiday plans due to rising case numbers. However, others stayed on their vacations during the busiest travel days of the year. According to the Transportation Security Administration, it anticipates screening nearly 30 million people between Dec. 20 and Jan. 3. This compares with 44 million in the previous holiday season.

Lufthansa, a German airline, announced Friday that it would cancel 12 long-haul transatlantic flights due to a "massive increase" in sick leave. Despite having a "large buffer", additional staff was available for Washington, Boston, and Houston. Because it wasn't informed about the type of illness, the airline said it could not speculate as to whether COVID-19 infection or quarantines are responsible. Other flights were available for passengers.

FlightAware reports that there are almost 3,400 flights that were canceled on Friday and Saturday. At least half of these cancellations were made by Chinese airlines. 745 of the affected flights, which represent 20% of all affected flights, were either to, from or within U.S. This is only a fraction of global flights. FlightAware claims it has tracked over 120,000 arrivals within the last 24 hours.

The new Coronavirus infection has also reduced staffing at hospitals and police departments.

Spain and the U.K. have shortened the COVID-19 quarantines to allow people to return to work sooner after being exposed or testing positive for the virus. This is to alleviate staff shortages.

Ed Bastian, Delta CEO, was one of those who called for the Biden administration's similar steps to prevent further disruptions to air travel. The U.S. reduced COVID-19 isolation rules only for health care workers on Thursday. 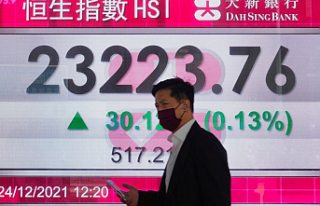 Stocks traded in quiet holiday trading are mixed across...