Yes, it's a workhorse too, the new Ford Ranger Raptor. 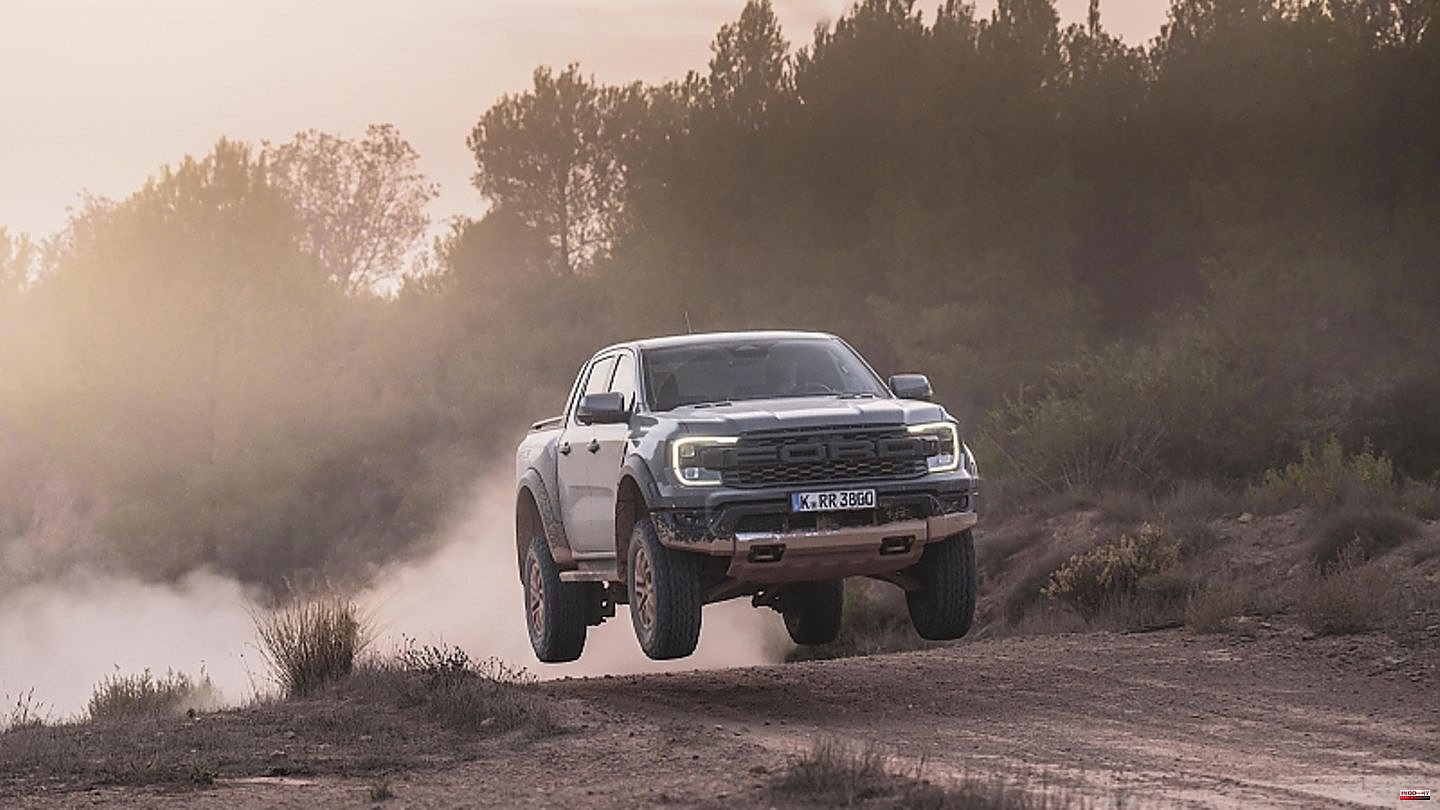 Yes, it's a workhorse too, the new Ford Ranger Raptor. Almost everything that is the daily business of the craftsman, farmer, gardener (optionally use other professions) can be transported on its loading area. Straw bales and bags of cement, cement mixers, buckets with tree sprout, motocross machines or power generators - everything has space on the 1,224 mm wide and 1,564 mm long, open loading area, as long as it weighs a maximum of 652 kg. Then with the water hose over it - shines. Up to 2.5 tons can be attached.

And yes, it also cuts a fine figure on asphalt, as long as there are enough lanes for its 2,208 mm width, including exterior mirrors. It takes 7.9 seconds from a standstill to 100 km/h, and the top speed is 180 km/h. The rack and pinion steering is surprisingly precise and direct for an Ami, the 10-speed automatic suits every driving situation, large, clear and largely self-explanatory digital instrument screens in front of the driver and in the middle of the dashboard. Plenty of space in the front, plenty of can holders - everything is great. Only at the back does it get a little cramped for the knees on the seats in the double cabin. And the lateral support of the seat is not really convincing either. After all, up to five passengers fit in the back - but of course - with their own, far-reaching doors.

There are plenty of assistance systems, from the pre-collision assistant including distance display and distance warning, to the collision warning system and active emergency brake assistant, to the 360-degree all-round camera. On central European roads and especially parking lots, things quickly get a little cramped for the Raptor - and not just because of the width. 5.36 meters in length want to be accommodated first. Not every parking garage in the city center can do that.

But the Ford Ranger Raptor is not really at home there anyway. Well, a bit of posing on the Ku'-Damm is still possible, if only because of the rich sound of the V6 under the hood, which is set to "attention value" via an electronically controlled flap system with four modes (quiet, normal, sport, Baja). leaves.

But otherwise, the pickup feels most comfortable beyond the city limits. Preferably just beyond civilization. In rough terrain, the almost 2.5-ton Ford can really shine. Since he plays in a league with the Land Rover Defender or the G-Class from Mercedes.

On an off-road site near Manresa, Spain, he shows that. As long as he fits through the width and height between trees, undergrowth and rocks - he fits through. Thanks to the robust ladder frame, on which the body rests rock-solid, if necessary at an angle with only two wheels left on the ground and with slightly scratched running boards. And thanks to the all-wheel drive system that can be switched on while driving with four adjustable off-road modes. There are electronically controlled differential locks at the front and rear.

Up the steep scree hill, which you can hardly manage on foot - if necessary, the sheer power of the V6 twin-turbo petrol engine, which draws 292 hp / 215 kW and up to 491 Nm of torque from its three-liter displacement, helps. The 2.3 mm thick bumpers made of high-strength steel protect against bumps, the engine underride protection and the thick protective plate for the differential housing against getting stuck at the end of the world. The off-road relevant data: ground clearance 265 mm, wading depth 850 mm, approach angle 31 degrees at the front, 27 degrees at the rear, ramp angle 24 degrees. Off-road, the Raptor easily swallows well over 20 liters of Super per 100 kilometers. And the standard consumption is not necessarily low at 13.8 liters. This corresponds to CO2 emissions of 315 g/km.

In the admittedly small but growing pickup segment, Ford is the market leader in Germany with the Ranger, with the Raptor leading the way. It is built at Ford's Rayong plant in Thailand. And the price of 79,433 euros is just as modest as the Raptor itself. 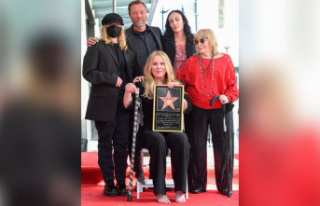 Christina Applegate: Barefoot and with a walking stick...