The Governor of the Bank of Spain, Pablo Hernández De Cos, has asked the Government that the fiscal measures that will be approved tomorrow in an extraordinary Council of Ministers, to alleviate the impact of the conflict in Ukraine and inflationary tensions, focus "on the most vulnerable and temporary in nature so as not to damage the structural deficit'. 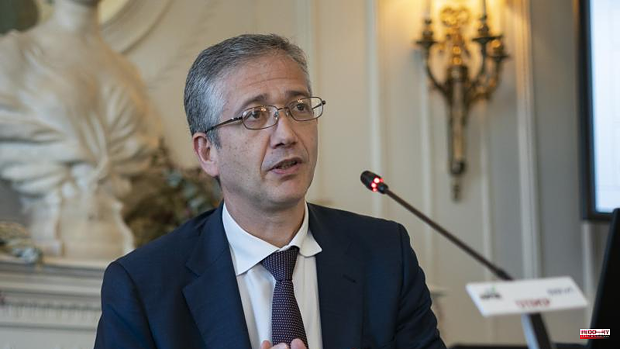 The Governor of the Bank of Spain, Pablo Hernández De Cos, has asked the Government that the fiscal measures that will be approved tomorrow in an extraordinary Council of Ministers, to alleviate the impact of the conflict in Ukraine and inflationary tensions, focus "on the most vulnerable and temporary in nature so as not to damage the structural deficit'. In this sense, he added that fiscal policy must play an important role "but not contribute to the inflationary episode that we are suffering." All these statements were made by Fernández during the last day of the seminar organized by the Association of Economic Information Journalists (APIE) and the Menéndez Pelayo International University (UIMP) in Santander.

In another order of things, De Cos did not want to go into the depth of the criticism that he has been receiving from different areas of the Government, although he has claimed the "analytical rigor" and "independence" of the Bank of Spain and highlighted that " In my last parliamentary appearance on the occasion of the presentation of the annual report, I praised the work of the Bank of Spain and the content of the report».

He has also reaffirmed one of his mantras: the need for "an income pact" that "distributes the losses due to the increase in energy prices that we import because we need them for production." At this point, De Cos has called for "avoiding the second-round effects of inflation"

Regarding the future evolution of the economy, the governor has highlighted that the GDP data known today only supposes "a slightly downward revision" and has reaffirmed the forecasts released in the middle of the month "in which we contemplated a growth quarter-on-quarter in the second quarter better than the first». In this sense, he has recognized that if the conflict does not worsen and there is a closure in Russia's oil supply "the central scenario of all institutions is growth for this year" although he has drawn attention to the "enormous uncertainty" of the last few months.

In this regard, De Cos has pointed out about the current economic context that there is an element that can serve as a "cushion" against the increase in energy prices and the context of wage moderation. Specifically, he has mentioned the "savings accumulated during the pandemic, which one might think that in the face of the fall in real income, it could be thrown away to make more stable consumption." Now, the governor of the Bank of Spain has recognized that at very low income levels this may not occur.

1 Room Mate, Kike Sarasola's hotel chain, files... 2 Competition detects only about 100 "anomalous... 3 Fixed-rate mortgages set a new record due to the rise... 4 The CNMV describes as "striking" and "worrying"... 5 Indra loses 14.76% on the Stock Exchange after the... 6 Ryanair will operate all its flights from Spain despite... 7 Renfe launches 18 euro tickets to inaugurate the new... 8 A magnet for global talent to approach Spain 9 The Launching Ramp of Entrepreneurship 10 Energy triggers the costs of the countryside, public... 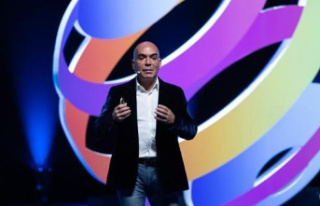