Díaz begins a crusade against companies for fraud in unpaid overtime

The Government took advantage of the good employment figures known this Thursday to announce that "immediately" it will start a campaign to cut the bleeding of overtime that companies do not recognize and do not pay their workers. 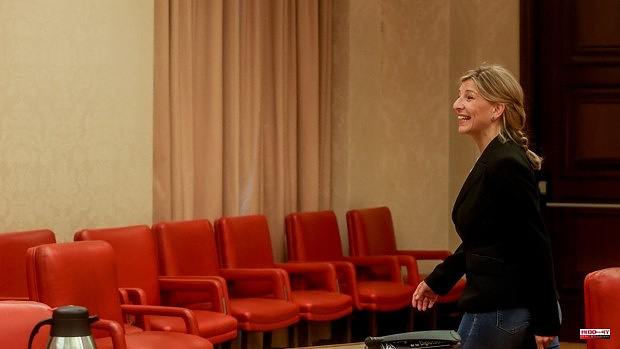 The Government took advantage of the good employment figures known this Thursday to announce that "immediately" it will start a campaign to cut the bleeding of overtime that companies do not recognize and do not pay their workers. This was confirmed by the Vice President of the Government and Minister of Labor and Social Economy, Yolanda Díaz, in her appearance at the Labor Commission in the Congress of Deputies, where she pointed out that this situation is a "reality" in Spain that must be reversed.

Specifically, Vice President Díaz confirmed that in a short period of time an algorithm will begin to be used that will collect different measurement parameters, such as the volume of business or the size of the templates, which will generate a pattern that allows detecting possible undeclared working hours. by companies.

Díaz assures that there is a flagrant "fraud" on this aspect in the Spanish labor market. As Vice President Díaz warns, the latest INE Active Population Survey shows that in Spain 6.6 million overtime hours are performed each week and 27 million per month. Of these, 44% were not paid, which represents about 2.9 million overtime hours per week.

In addition, they emphasize from the Ministry of Labor that this reality affects women to a greater extent. Although Díaz assures that it is the men who do the most overtime by total volume, in terms of remuneration it is the women who receive the least compensation for doing them.

Furthermore, the Vice President of the Government and Minister of Labor assured during her speech in commission, at her own request to account for the progress of her Ministry, that the final objective of the Government is to "reduce the time" of work that is carried out in the job positions. Specifically, the point of surveillance on undeclared overtime hours is already included in the 'Strategic Plan of the Labor and Social Security Inspection 2021-2023'.

The operation of the algorithm will generate a record after crossing the data of the different variables observed, but it must be studied by the Labor Inspectorate. In other words, ultimately, the sanctioning work that comes from the implementation of this application will fall on the inspectors themselves.

Díaz also announced that the Government will announce "in a few days" the law that reformulates domestic work in Spain with a "more extensive" approach than Convention 189 of the International Labor Organization (ILO), which protects employees and Household employees.

«Another of the regulations that they will know immediately, is not only the ratification of 189, which remains sparse, but the law that reformulates domestic work in Spain, in a few days they will know it, the norm will come out quickly and the objective is not only what the 189 says but to extend the rights of domestic workers in our country”, explained Díaz. In addition, he advanced that "the approach" of this law "is going to be more extensive than Convention 189 of the ILO."

Diaz also celebrated the "intense and rapid changes" in the quality of employment brought about by the labor reform, highlighting how "today unemployment is not only moving in another direction, but that hiring for the first time is of quality." After learning this Thursday that registered unemployment in Spain fell below three million people for the first time, after falling by 99,512 people in May, to a total of 2,922,991 unemployed.

During her appearance before the Labor Commission, the vice president highlighted how the youth unemployment data is the best in the entire historical series: "It is the lowest figure in the history of youth unemployment in Spain", she pointed out, highlighting that the number of unemployed youth it has fallen to 199,920.

1 Almeida: "Maestre has extorted municipal workers... 2 A year spreading the legacy of the victims from Vitoria 3 A Palma police car kills a pedestrian and injures... 4 The Generalitat confirms the first case of monkeypox... 5 Spanish green shoots in Mauritanian desert storm 6 A woman arrested for trafficking cocaine at retail... 7 Germans buy 7.7% less food to support the rise in... 8 All Iron Ventures creates its first fund of funds... 9 The Supreme Court forces Paradores to pay salary supplements... 10 El Real Madrid ficha a Rudiger ill 2026 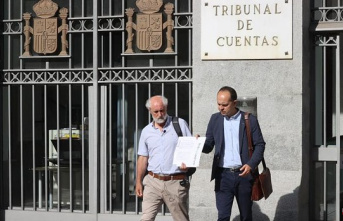