Apart from the inconvenience they cause to bathers in summer, algae are known for their applications in the food and pharmaceutical industries, in cosmetics, as animal feed, fertilizers. 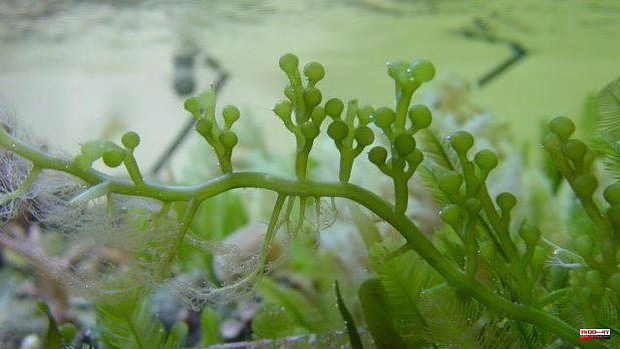 Apart from the inconvenience they cause to bathers in summer, algae are known for their applications in the food and pharmaceutical industries, in cosmetics, as animal feed, fertilizers... but little or nothing is known that new products can also be obtained from them. biofuels. American, European and Asian companies jumped into that race in the 2000s. During that 'boom', a United Airlines plane was even tested in 2011, which managed to fly from Houston to Chicago powered by fossil fuel that was it had incorporated a good part of another algae derivative.

Today, twenty years later, the energy potential of algae continues to be explored. Several technologies are already available but they have a big stumbling block to overcome: their profitability. Oil companies, automobile companies and the algae industry itself are not abandoning these projects, although not with as much investment fury as at the beginning of the century.

The companies that continue with these technologies try to reduce costs in processes that are not yet ready on a commercial scale. The American oil company Exxon has spent more than a decade investing in initiatives to research and produce low-carbon biofuels from algae. The Japanese Mazda also bets on this route. The Eneos oil refinery and Honda have formed a group of 35 Japanese companies and institutions for the same purpose. Another recent example is that of the EU, which, together with the Government of Turkey, is promoting a demonstration laboratory in Istanbul to cultivate algae and obtain biofuels for aircraft. The idea is that the Turkish Airlines airline will test it this year on one of its flights.

These are just a few examples that perhaps give signs that "interest in algae for energy purposes is being reactivated", as Margarita de Gregorio, coordinator of the Spanish Platform for Biomass (Bioplat), considers. There is a compelling reason: "The EU - she adds - has not forgotten this issue because now it wants to reduce its energy dependence, especially on Russia, and is returning to financing research projects on algae".

The interest aroused by algae is not in vain. They are resources with many advantages. They are fast growing and can be grown in brackish, non-potable water and even sewage. Many of them have a high content of lipids and, therefore, in energy. They absorb large amounts of CO2, so they are real carbon sinks if production plants are located near industries with large greenhouse gas emissions.

In addition, they do not compete with farmland intended for food. For example, corn and soybeans are also used to obtain biofuels (first generation) but they are products for human consumption. And this has sometimes led to tensions in the markets. "In places like Brazil, the production of soybeans and corn was diverted to biofuels, and the prices of these foods rose a lot," recalls Juan Luis Gómez Pinchetti, scientific director at the Spanish Algae Bank.

The question is: if they have so much potential, why has the investor's appetite to continue developing biofuels from algae diminished? At one point, the industry took a turn when it saw that the business was on another horizon: «They ended up producing algae for all possible purposes. They realized that by generating small quantities of microalgae and allocating them to the food and cosmetic industry they obtained a super price, much higher than that of producing large quantities for biofuels, which is less profitable”, specifies De Gregorio.

Biodiesel, biomethane, bioethanol and biohydrogen can be extracted from algae. “The first three can be produced on a significant industrial scale. The last one is in the pilot phase”, says Pinchetti.

Biodiesel is a great bet but also very expensive. It is obtained from the lipids (oils) that the microalgae contain. "Cultivation processes are complex and the cost of producing biomass to obtain biodiesel is high," says Pinchetti. To get an idea, Francisco Gabriel Acién, professor at the University of Almería, provides some data. «Companies that want to produce biodiesel cultivate specific microalgae with fertilizers and with high lipid content. Some even genetically modify them to obtain greater quantity and better quality of these oils. It costs between 3 and 4 euros to generate a kilo of microalgae. And it takes 3 kilos to produce a liter of biodiesel. It is not profitable: a liter of biodiesel from microalgae costs about ten euros. For this reason, work continues to improve yields, produce large amounts of biomass with high lipid content and better quality."

And it is that cultivating microalgae is not easy at all. It is done in the so-called 'raceway', open circular ponds, shallow and with a surface area of ​​one hectare. "Many units would have to be installed to generate biodiesel on an industrial scale," says Acién. In addition, "technically the costs are very high to collect the biomass, separate it from its culture medium and process it," adds Pinchettti.

The other possibility is a closed system of tubular photobioreactors. In this case, a transparent separation isolates the microalgae from the environment that surrounds them. They are more productive, but also more expensive, require higher investments and higher energy consumption. For this reason, "they are only used for value-added applications," says Pinchetti.

Since 2011, the Madrid company AlgaEnergy has installed a plant with photobioreactors in the middle of T4 of the Adolfo Suárez Madrid-Barajas Airport. This is the Technological Platform for Experimentation with Microalgae. “It is dedicated to research, not to industrial production. Different types of photobioreactors are combined that allow the simultaneous cultivation of several species of microalgae. Since 2018, a program has been started that aims to produce sustainable biofuels from these micro-organisms”, says Augusto Rodríguez-Villa, president of AlgaEnergy.

Another line of research that seems to be giving very good results is obtaining biomethane from microalgae. In this case, the All-gas project is a benchmark. A consortium of companies, led by Aqualia (FCC), participates in this initiative. On this occasion, the microalgae are cultivated with the nutrients contained in the wastewater from the Chiclana treatment plant (Cádiz), which also cleans that water. «Then they undergo a fermentation process (by anaerobic digestion) in which biogas is obtained with methane, carbon dioxide and hydrogen sulphide. Once purified, a highly pure biomethane is obtained that can be used to inject into the gas network and for use in vehicles," explains Raúl Muñoz, a researcher at the Institute of Sustainable Processes at the University of Valladolid, who has developed the technology of this project, in experimentation. "This means that each city can produce microalgae in its treatment plant to obtain biomethane, a biofuel that could supply the entire fleet of municipal vehicles," says Gabriel Acién.

Another possibility is to use the arrivals that reach many areas of the planet due to the effects of climate change. This is what has been investigated in the Valoralgae project, developed by the EnergyLab technological center, and in which the Technological Center of the Sea (Cetmar) and most of the Galician seafood guilds have participated.

Every year, between April and September, the coasts of this community receive between 5,000 and 7,000 tons of algae, which "are deposited on shellfish species and produce anoxia (remove oxygen)," says Yarima Torreiro, Bioenergy researcher at EnergyLab. This initiative has shown that these algae “have potential for biogas production. Shellfish collectors are interested in getting rid of these algae and giving them added value, thus contributing to a circular economy," adds the researcher.

Projects that represent small steps so that in the future algae cause a true revolution in the biofuels sector.

1 The shared bike business picks up pace 2 The drought of agricultural engineers cracks the future... 3 Kiss: the goodbye of a legendary group 4 Castilla-La Mancha has 138,396 unemployed, 40,236... 5 More than 4,700 Castilians and Leonese leave the strike... 6 The Generalitat Valenciana warns of the “worrying”... 7 Belarra demands more social spending in the Budgets... 8 Two deceased and one injured after colliding two cars... 9 Pedro Cavadas' notice about the use of masks,... 10 Geographer assures that building on lava is an "unfulfillable"... 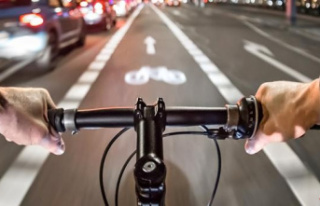