In the early morning, a truck drives the containers, which are clad in wood and equipped with a tap, counter and sink, to downtown Dortmund. 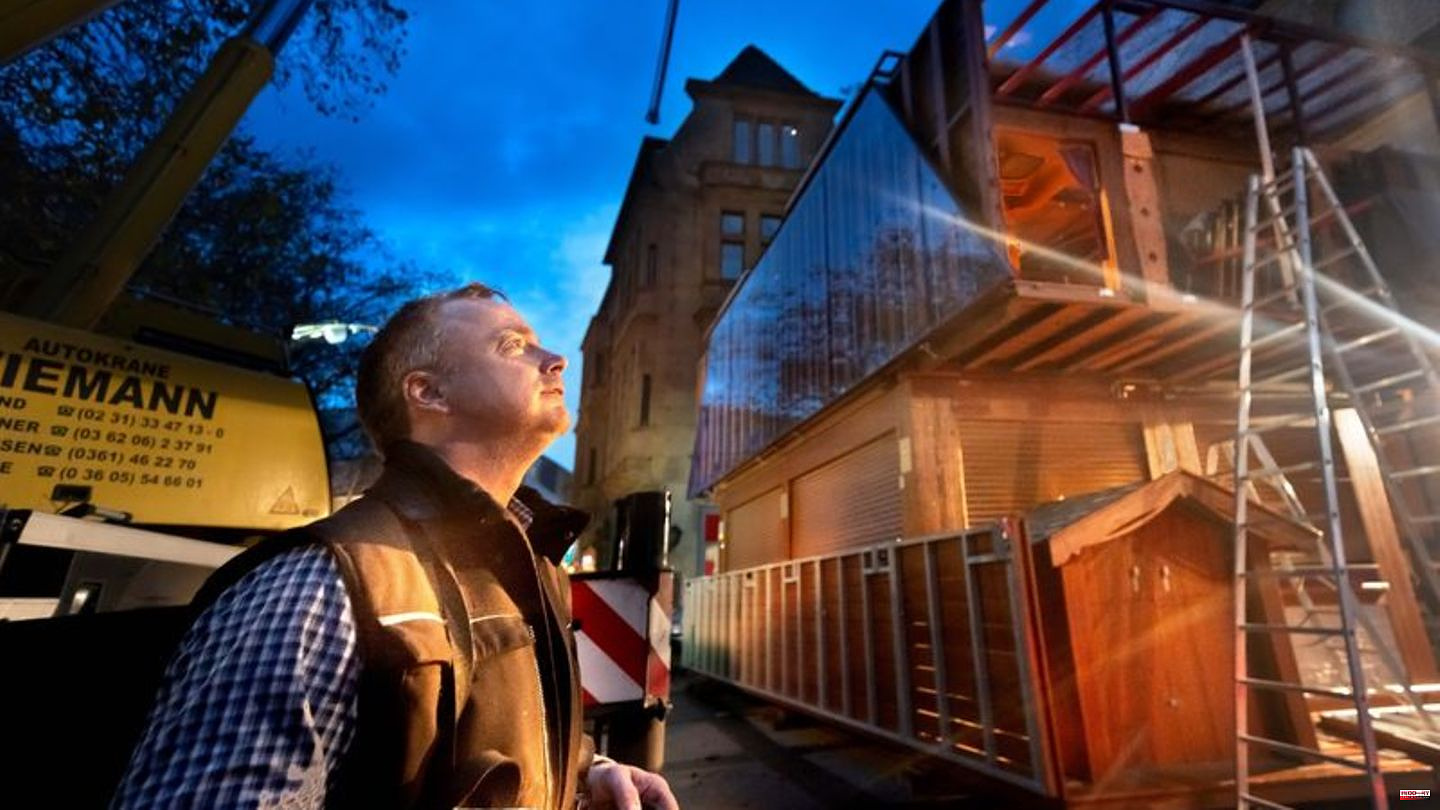 In the early morning, a truck drives the containers, which are clad in wood and equipped with a tap, counter and sink, to downtown Dortmund. With a heavy construction crane, Rudi Isken and around half a dozen helpers set up the two-story mulled wine stand. "Everything's going according to plan so far," the 49-year-old shouts through the rain and darkness as he pushes heavy blocks of wood under the stand's foundation.

For the 50th anniversary in 2019, he created a new two-storey stand. "It cost more than half a million." But after this one Christmas market it was over again - Corona break. "I actually always thought that jobs that take place in other people's free time, such as folk festivals, always work," says the showman. However, Corona has changed his mind.

"We're not the kind of people who stick our heads in the sand," says Isken about his industry and looking back on the two-year pandemic. Showmen are job-related optimists, "we always think positively". Despite a good business year in 2022, he now has to, because with the energy crisis and inflation, the next difficult time for showmen is already approaching.

"We have the problem of the dwindling purchasing power of our target group," says Werner Hammerschmidt, general manager of the Federal Association of German Showmen and Market Merchants (BSM) in Bonn. "The high cost of living, the disposable income is decreasing. We notice that as showmen."

The folk festival had its big comeback in 2022, associations and showmen agree. "We expect a positive Christmas business because the season so far has simply shown us that the little treat has gained in value," says Isken. "Getting out, meeting people and not sitting in front of the game console has experienced a real renaissance over the course of the year."

Now the important Christmas business is coming up. This is existentially important for many showmen, since the season does not start again until around Easter, says Hammerschmidt from the Federal Association. However, the industry is currently facing problems similar to those in the catering trade: there is a lack of staff everywhere. Patrick Arens, Vice President of the BSM, adds: "The big question for many is: How do I get my staff together? And because of changing locations, it's sometimes even more difficult for us than in the catering industry".

In addition, many cities are already stepping on the brakes again at their Christmas markets - to save energy. Take Dortmund, for example, where the Christmas market, like in many cities, opens its doors an hour later. Savings are also made on decorative lighting and in many places attractions such as ice rinks are missing. But the guests should come anyway. Isken is optimistic: "We are in good spirits. The gas storage tanks are full and the nuclear power plants are still running - it won't fail because of the electricity".

Frank Hakelberg, general manager of the German Showmen's Association (DSB) in Berlin, even claims: "The couch potato consumes more electricity than the Christmas market goers." "We cook for millions at Christmas markets, so not every person uses electricity individually," says Hakelberg.

Rudi Isken sees less energy problems and potential savings at his stand. "LEDs have been the norm for us showmen for years." In recent years, for example, he has had the bumper car converted for the summer season for 60,000 euros.

He also invested in the new mulled wine stand. It is now only being set up for the second time, and that costs between 10,000 and 12,000 euros for setting up and dismantling alone. It takes about a week until everything is connected, decorated and ready for operation.

Isken cannot say exactly how much mulled wine he will sell in the next few weeks to make it profitable. "I hope enough." In addition to electricity and gas, the purchase prices for wine and other raw materials have also risen.

"Due to the increased energy costs for the companies, the prices should actually be increased as in all other areas of the food industry," says the DSB. In most regions of Germany, however, the prices that applied before the corona pandemic would be used.

This also applies to Rudi Isken's mulled wine: it will continue to cost three euros per cup. "We hope that the guest will pay back the low price and come more often". 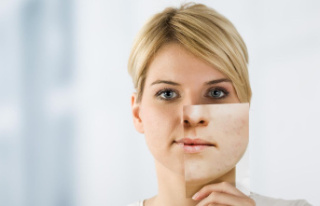 Blemishes: What helps against pimples? Improve your...