China, with the Silk Road, pursues Europe to become a colony and Russia to be its pawn, and for this it makes its way through a display of economic diplomacy woven like a spider's web that extends over the entire globe. 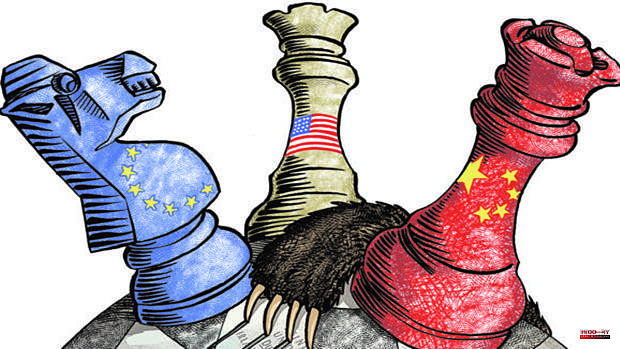 China, with the Silk Road, pursues Europe to become a colony and Russia to be its pawn, and for this it makes its way through a display of economic diplomacy woven like a spider's web that extends over the entire globe. And if it were to materialize, it would make the Asian giant a titan among empires in decline. In short, this display of engineering and innovation would be the largest existing initiative of a world infrastructure (railways, highways, ports, gas pipelines, oil pipelines, telecommunications), whose objective is global supremacy, in the words of President Xi Jinping. And in the short term, the one that loses the most is Russia, because everyone's resources and eyes are focused on fighting Putin, while China is making a move.

(This link allows you to see how China is making its way around the world with its project) //www.abc.es/gestordocumental/uploads/economia/rutadeseda.pdf

As stated by Fernando Cortiñas, professor at IE Business School, «what China is doing is exactly replicating the colonial model of the European powers of the 19th century. The UK built railways, power stations and canals in the colonies, and the colonies paid by exporting raw materials, which the British processed and then sold. The idea is that China lends money to its neighbors and if they cannot repay it, they charge it with future raw materials or keep the infrastructure that they have built in foreign lands and it is managed by Chinese technicians.

Fernando Moragón, a geopolitical analyst specializing in Eurasia, explains that the operation consists of the Chinese developing the economies of each country to sell them their products. And a clear example is «Pakistan, to which they are making a new economy, investing 63,000 million dollars. The Chinese prefer economic rule over military rule, which is the Anglo-Saxon style." And what it has in common with Russia is that the enemy to beat is the United States. Cortiña points out: «Russia would be to China what the United Kingdom is today to the United States, the United Kingdom is one of the greatest military powers in Europe , and the US uses it as a Trojan horse in Europe, to play its cards in the Old Continent».

“Russia remains the second nuclear power in the world. In such a way that China puts the people, the industrial capacities and Russia would put the weapons, in a very complementary strategic alliance, "says Cortiña. But she clarifies that the countries do not have permanent friends, only permanent interests, «so China could end up eating Russia, especially in its eastern part with great mineral resources. But today, it is useful to him.” As long as Europe and the US continue to isolate Russia, China buys its resources at a third of their price. It wins the commercial war, but not the monetary one because the main obstacle of China and its currency is that the countries trade with it, but they fear it and deep down they do not trust its autocracy. Something that does not happen with the US and the dollar. Russia, for its part, has its own Eurasian initiative that rivals the BRI. However, she supports the objectives of the Asian giant.

In the midst of these operations, with the war in Ukraine, "Beijing has put an end to its ambition to turn Ukraine into a gateway to Central Europe," says Ander Sierra, an analyst at Deciphering the War specializing in Asia-Pacific. Meanwhile, it is becoming increasingly clear to the West that the Silk Road is a threat to EU cohesion. Thus, China took over 67% of the Greek port of Piraeus, in the heart of the Mediterranean, becoming the access zone for Chinese products. And Sierra points out that China has tried to take advantage of the existing division in the Old Continent to increase its influence, especially in the Eastern European states in need of loans and investments.

Also, the more Russia weakens, the more dependent it becomes on China, and that is something that can be seen with the polar Silk Road. The bear and the dragon were enemies in this matter, but necessity has turned the tables. “And the arctic routes that are opening up represent Putin’s piggy bank, since more than 70% of Russia’s natural gas production and 17% of its oil are produced in the Arctic.” And for China it represents a huge mineral reserve and a way to shorten time on its routes. For the rest of the world, as Cortiña explains, China wants to be with the BRI "like the single uncle who gives money to his nephews." But his loans “represent a poisoned gift, and thus he ‘buys’ small indebted countries, such as the Maldives, Sri Lanka, Djibouti or Pakistan. And this week the Chinese began rolling out a series of pacts on the Pacific islands, which have previously supported Taiwan. They take advantage of the fact that the whole world is looking at Ukraine, thus extending its Silk Road to the Pacific».

The delayed reaction of the EU to the BRI, as pointed out by Águeda Parra, an analyst at Fundación Alternativas, has been the so-called 'Global Gateway', "the European alternative project to the Silk Road that aims to mobilize 300,000 million euros by 2027 to generate influence in Asian environments, with a European vision». But the BRI also extends its tentacles over South America and the Caribbean. Interested, as Parra explains, in its technological minerals. At the same time, not very transparent agreements are managed. In all this dynamic, what Covid has done is that the little-known Digital Silk Road extends more than the infrastructures used by the BRI.

The Digital Silk Road focuses on submarine and, to a lesser extent, terrestrial fiber optic cables. It also includes satellite navigation systems, since China has BeiDou (BDS), a global positioning system, more precise than the American GPS. Apart from 5G, data centers or AI. Eduardo Tzili, a geopolitical expert, explains that “in Africa and South America, the BRI is making its way with this digital infrastructure, through the company Huawei. Then it buys the land that becomes the private property of Chinese companies, and by extension of the Chinese government and that is a threat to the sovereignty of the countries.

In addition, Cortiña points out «the digital Silk Road has the advantage that it is very cheap to deploy mobile communications networks compared to a railway. And politically it is good propaganda to say, for example, that China has given 5G to Uganda. But a Chinese digital infrastructure exposes countries to Chinese governance of cyberspace and data hacking. Despite this, in Africa it already represents 70% of broadband.

What is clear is that China invests a lot of money on various fronts: supercomputers, microchips, nuclear fusion... And the Covid has not stopped them, «Where there is a problem, China sees an opportunity, so they have a Silk Road of the health that they displayed with the pandemic,” says Tzili, As Cortiña indicates, “the Chinese have learned from what the colonial empires of Europe and the United States did in the 19th century. They have simply been good students.” Now, they have surpassed the master and use Russia as a skeleton key.

1 When Tres Cantos was at the forefront of semiconductors 2 Spain sprints to rejoin the industrial platoon of... 3 US and S. Korea launch missiles at sea to match North's... 4 The new delegation of the Generalitat in Slovenia... 5 Sánchez will explain his pact with Rabat after 82... 6 A fighter-bomber in the garden 7 Sit-ins and insults embarrass Biden at his American... 8 No one as great as Nadal, an isolated case of longevity... 9 North Korea fires eight short-range missiles 10 Sri Lanka's new PM fights for economic stability... 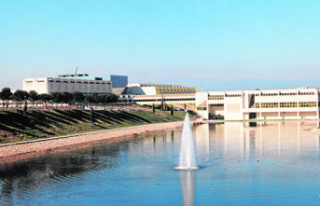 When Tres Cantos was at the forefront of semiconductors