CC.OO. and UGT raise the strike at Correos to the category of "political conflict" and demand Sánchez to intervene 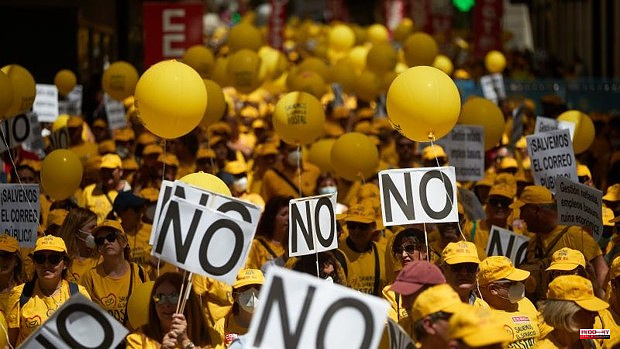 CC.OO. and UGT put an end this Friday to the three-day strike called against what they consider to be an operation to dismantle the public postal service by the Correos management team led by Juan Manuel Serrano, who was Pedro Sánchez's chief of staff in the times when he was fighting for the General Secretariat of the PSOE. The strike ends, but the intention of the convening unions is to keep the pulse of the company. «The conflict in Correos is not only labor. It is political and social. We demand a postal model of the country and respect for an essential public service. The Government cannot continue to guarantee this disaster with its silence. We hope that President Pedro Sánchez has taken note“, the person in charge of the UGT postal area, José Manuel Sayagués, pointed out this Friday as a closing to the three days of strike.

The intention of CC.OO. and UGT, the only unions that have supported the strike call of the eleven with representation in the public company, although their representativeness is around 70%, is to give reel to the protest and as far as possible take it to the political arena . The balance statement issued this Friday by the two centrals highlights "the support of the citizens' representatives in Congress", which in his opinion "sends a clear message to the Government: it cannot ignore the public postal service, nor endorse with its Silence the dismantling of Correos and the terrible management of its president«.

The company has answered the union story with figures. Faced with the 80% follow-up that the convening unions spoke of after the first day of the strike, "the greatest mobilization in recent times," they said, Correos has underlined this Friday the scarce follow-up of a strike, which according to its data has supported the 18% of the workers the first day, 11%, the second; and 13% in the final day on Friday. “The activity is developing normally and user service is not being affected at any time,” the company assured this Friday.

The Post Office also denies some of the messages from the strikers. "Correos is and will continue to be public", they underline in front of the privatization drums that UGT and CC.OO appreciate. after the diversification process of recent years, and the »transformation of the business model in no case implies a weakening of the service, nor closure of offices, nor any dismissal process«, rejecting the risks pointed out by the unions.

The disagreement is total. The maneuvers attempted by the Post Office for more than three years to involve the two majority unions in the negotiation of the company's strategic plan - the one that aims to transition the company from its current status as a traditional postal operator to that of integral logistics company - and the renegotiation of the collective agreement that the company considers necessary to address it, including the intermediation for the salary of two former Labor Ministers, Manuel Pimentel and Valeriano Gómez, have failed.

The convening unions have considered for months that the situation in the Post Office is so entrenched that the solution can no longer come from an internal detente (they have disregarded the possible spaces for negotiation with the company) but from a direct intervention of the Government. For months they have tried to get the Ministry of Public Works (now the Ministry of Transport) -the one that holds the powers over the regulation of the postal sector-, first with José Luis Ábalos and now with Raquel Sánchez, to take action on the matter. Now they are looking directly at the Prime Minister, Pedro Sánchez. In their struggle to give the matter a political dimension, they now have the support of the PP, which weeks ago began a parliamentary offensive to demand explanations about the management of public mail.

1 Like this it has been the injury of Alexander Zverev 2 Checo Pérez's apology after his gap in Monaco 3 The doubts generated by PSG's financial fair... 4 Spanish products triumph at the 'Superior taste... 5 Duquende and Ricardo Ribeiro create the canastero... 6 Suma designs a strategic plan to improve citizen services... 7 Internists ask for a meeting with the Xunta and do... 8 The European Union announces sanctions against Putin's... 9 The ECB rushes European banks to get rid of their... 10 What happened to Zverev in the Roland Garros semi-final?

Aviation: Hydrogen-powered passenger planes are getting closer and closer 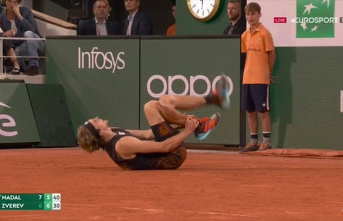 Like this it has been the injury of Alexander Zverev