Battle of the grocers: Nasty advertising – Lidl attacks Edeka with a price campaign

Food prices have risen sharply in the past year. 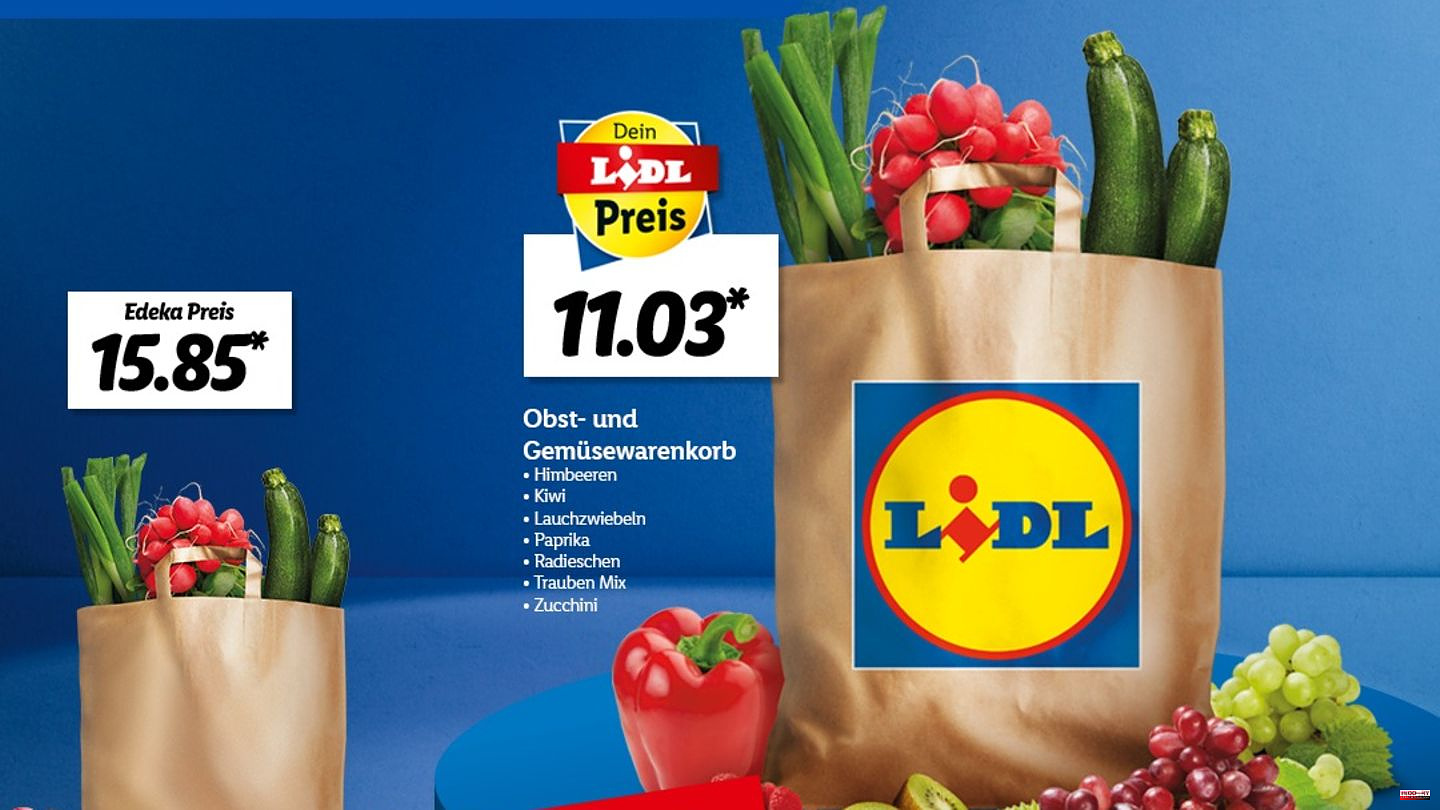 Food prices have risen sharply in the past year. Many customers therefore look very closely at the prices. And supermarkets and discounters try all the harder to look particularly cheap. Lidl is going all out at the beginning of the year: In a current campaign, the discounter not only advertises its own prices, but also takes sharp action against its competitor, Edeka.

"Don't skimp on the quality. But on the price," says an advertising motif published on Lidl's Facebook page on Tuesday. A shopping bag with fruit and vegetables is also shown, the content of which should cost 11.03 euros at Lidl. Next to it is a second identical bag with the "Edeka price" of 15.85 euros. Anyone who buys their fruit and vegetables from Lidl instead of Edeka saves 4.82 euros or 30 percent, according to the message in the ad.

The price comparison is not really fair. The generalized comparison is based on shopping at just one Edeka branch. "The shopping basket comparison is based on a purchase of the goods shown here as an example on December 28th, 2022 in the Edeka Sommer branch at Tullastr. 4, 75031 Eppingen and at Lidl Germany," writes Lidl. In addition, Lidl has also selected the shopping basket itself: the comparison includes raspberries, kiwi, spring onions, peppers, radishes, grapes and zucchini. The peppers alone account for a price difference of two euros, which shows how much individual products can determine the overall comparison.

Admittedly, comparative advertising, in which offensive shots are taken at competitors named by name, is nothing new in the highly competitive German food trade. For example, in an aggressive poster campaign in 2019, Lidl described Aldi, Rewe, Edeka and Penny as more expensive. As evidence, however, at that time - as in similar campaigns - a specific branded product was used whose price can actually be objectively compared. In contrast, the current vegetable bag comparison seems rather arbitrary.

The direct Lidl attack on the competitor is probably also to be understood as a reaction to the fact that Edeka recently tried to market itself as particularly cheap. Edeka advertised aggressively last year with the slogan "In every Edeka there is a discounter" and focused on the inexpensive own brands. And the "New Year, New Savings" campaign at the beginning of this year is also aimed at the particularly price-conscious clientele, which Lidl actually sees as its clientele.

It is safe to assume that the price war will continue to be tough. Because while customers are looking for cheap prices on the shelves, food manufacturers are pushing for higher prices because their production costs are rising. That even puts pressure on the margins of the powerful grocers, as Rewe boss Lionel Souque admits. "The supermarkets will make significantly less profit than in the past two years," Souque told the DPA. Customers have recently been particularly cautious when it comes to higher-priced organic food. The organic chain Basic and the Bacher health food store even had to file for protective shielding proceedings or insolvency in 2022.

Along with energy, food has been the second major driver of inflation for months. According to the Federal Statistical Office, food was 20.7 percent more expensive in December 2022 than a year earlier. In November and October too, food prices rose by more than 20 percent. However, food prices in Germany are traditionally considered to be comparatively low. 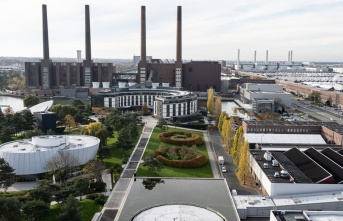