The Council of Ministers approved today at an extraordinary meeting a package of economic measures "in response to the energy crisis caused by Putin's war in Ukraine" and "extremely high" inflation, according to the Prime Minister, Pedro Sánchez. 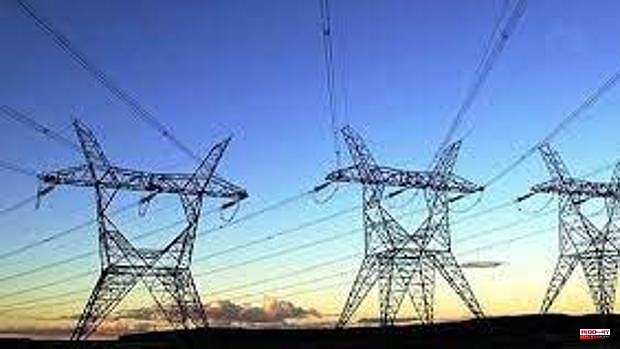 The Council of Ministers approved today at an extraordinary meeting a package of economic measures "in response to the energy crisis caused by Putin's war in Ukraine" and "extremely high" inflation, according to the Prime Minister, Pedro Sánchez. These are the measures, which will last until the end of the year, as well as their repercussions among citizens. Among them, "a containment of inflation at 3.5 points" compared to the current 8.7%, he stated.

Sánchez has said that the Executive "is making an extraordinary effort" that translates into 9,000 million euros. Some 5,500 million in expenses “to protect families” and 3,600 million as a reduction in income due to tax rebates. The measures approved today together with those that were launched previously, add up to 15,000 million euros.

The measure, already announced by Sánchez last Wednesday in Congress, will mean only a reduction of about five euros in an average bill of 100 euros. The Third Vice President and Minister for the Ecological Transition, Teresa Ribera, has stated that the VAT reduction is not the solution. The general secretary of the UGT, Pepe Álvarez, has said that this reduction seems good to him, as long as it is accompanied by a tax on the profits of the electricity companies. The Government affirms that this cut means a reduction in income of about 220 million euros each quarter. It must be remembered that a year ago, the Executive lowered this VAT from 21 to 10%. Then, the price of electricity was 85.73 euros per MWh. Currently, it exceeds 200 euros per MWh, despite the mechanism that came into force on the 15th of this month that caps the price of gas used to generate electricity. Sánchez has stated that thanks to this "Iberian exception", the wholesale price of electricity is between 40 and 50% cheaper than in the rest of the main European economies.

This reduction began to be applied on April 1, when the average price of 95-octane gasoline was 1,818 euros per liter and 1,837 euros for diesel. Other offers made by the big oil companies are added to this discount. Filling the tank of a vehicle exceeds 100 euros and the minimum bonus is about 12 euros. However, the discount has become outdated, since days ago fuels exceeded two euros per liter and now cost 2,142 and 2,077 euros, respectively. In other words, gasoline has become more expensive by 18% in two months and diesel by 13%. The rise in fuel prices has caused carriers to threaten new strikes again, mobilizations that will decide tomorrow, Sunday. Since the beginning of 2022, gasoline has risen 45% and diesel 54.5%. Finally, the discount will be maintained until the end of the year as it is now, despite the fact that United We Can have requested a restructuring of it so that not all consumers benefit from it.

As of September 1, passenger transport passes for state public services will drop by 50%, a percentage that will drop to 30% if the service is provided by regional and local entities. These administrations may raise the reduction to 50% with their own resources. This is one of the novelties of the royal decree.

Another novelty is the aid of 200 euros for self-employed workers with low incomes and for the unemployed. They can be requested from July 1. In the previous days, the amount of 300 euros was considered.

Non-contributory retirement and invalidity pensions will also increase by 15%. It represents about 60 euros per month, according to Pedro Sánchez. Some 4 million citizens will benefit from this increase, together with the aid of 200 euros for the unemployed and the self-employed.

The price of the butane cylinder, which is currently at record highs, will be limited, and the 4% VAT for masks will be maintained.

Finally, the President of the Government has announced a new tax that will be levied on the "extraordinary profits" of energy companies as of January 1, 2023. "The interest of the majority must be above selfish interests," he has Said Sánchez, who has underlined that "these companies obtain benefits at the cost of the damage of a majority".

1 This is how beautiful the Roman Bridge of Talavera... 2 The PPdeG fears that the Avril trains will be relegated... 3 Fuensalida will celebrate the 1st Condale Conference... 4 The tears of Manolo Partearroyo in the proclamation... 5 The vice president of the Board links depopulation... 6 Bagnaia achieves pole position in Assen 7 This will be the new flags for colorblind people on... 8 Castilla-La Mancha registers two new cases of monkeypox... 9 A 15-year-old boy, about to strangle himself with... 10 They ask for five years in prison for an Imam who... 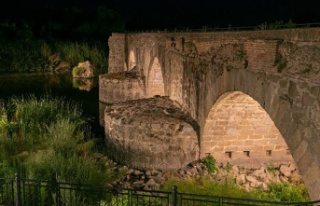 This is how beautiful the Roman Bridge of Talavera...