The anti-crisis decree approved on Saturday has been positively received by the main agricultural organizations, Asaja, COAG and UPA, which value measures such as the increase of 60 million euros in the subsidy for contracting agricultural insurance and the reinforcement of measures of support promoted as the ICO-MAPA-SAECA Line that doubles its budget to 20 million euros. 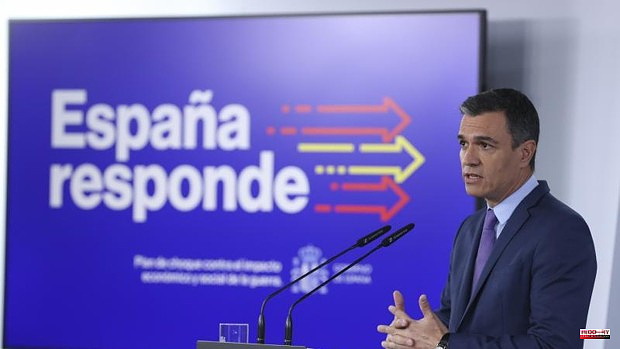 The anti-crisis decree approved on Saturday has been positively received by the main agricultural organizations, Asaja, COAG and UPA, which value measures such as the increase of 60 million euros in the subsidy for contracting agricultural insurance and the reinforcement of measures of support promoted as the ICO-MAPA-SAECA Line that doubles its budget to 20 million euros. However, from the primary sector, they have opted for more far-reaching measures and, from COAG and UPA, have agreed to ask the Government and Competition to combat "speculation" by oil and electricity companies. Precisely this Monday they held a technical meeting with the Secretary General of Agriculture and Food Fernando Miranda. It was announced that the Strategic Plan for the Common Agricultural Policy (CAP) will be sent to Brussels in mid-July and that it will be approved in September.

From Asaja they have been congratulated for the extension of the subsidy to contracting agricultural insurance, since it was a recurring demand of the main agrarian organization, although they have reaffirmed the need to reform some of the lines of the same to increase the percentage of insured. As ABC has learned, next week there will be a meeting in this regard promoted by the Agricultural Insurance Entity (ENESA) to implement this measure, and even introduce changes in this type of insurance. Specifically, aid for insurance will rise from the 257.7 million euros set in the General State Budget (PGE) to 317.7 million, 23.2% more.

The president of Asaja, Pedro Barato, has been favorable to the decree but has opted for more focused measures such as a bonus of up to 40 cents/liter aimed at the most productive sectors such as primary, fishing or industry. On the reinforcement of instruments such as the ICO-MAPA-SAECA Line and the guarantees of SAECA (Sociedad Anónima Estatal de Caución Agraria) that will see their amount increased to 4.73 million, extending their application period until May 1, 2023.

In this sense, Barato has been in favor of "a viability plan with all possible potential" and aimed at the entire sector. In another order of things, he has asked the Ministry of Luis Planas to clarify the sowing regulations for next year when the regulations of the new Common Agricultural Policy (PAC) 2023-2027 come into force.

COAG and UPA have looked favorably on the latest anti-crisis decree, especially the reinforcement of the subsidy for agricultural insurance, which has been a constant demand for several years in the sector. Both agrarian organizations have also agreed to draw attention to the role of oil and electricity companies, as well as to demand the intervention of both the Government and the National Commission for Markets and Competition (CNMC) as well as Brussels.

The general secretary of COAG, Miguel Padilla, has called the conduct of the former "shameful" and warned that the four large energy companies "have obtained almost as many benefits in the first quarter of 2022 as in all of last year." Padilla has pointed out that "starting the tractor every morning costs us more than twice as much as a year ago, from 450 euros to more than 1,000 euros". Specifically, from this organization, they have estimated that last year agricultural diesel had a price of 0.75 euros/liter compared to current prices that are between 1.50 and 1.70 euros/liter.

1 Petete Rubio received the Laurel Award in the Supporting... 2 The Board will make a census of the victims of terrorism... 3 Fleeting meeting between Sánchez and Aragonès in... 4 'Erató Fest' celebrates its fifth anniversary... 5 Cobadu celebrates its 40th anniversary with a record... 6 Things to keep in mind when choosing a master's... 7 Rebellion in the CGPJ: Lesmes is forced to respond... 8 An alternative for every moment of the professional... 9 Rozalén will be the announcer of the Albacete Fair 10 Cuenca devises the first festival with heritage as... 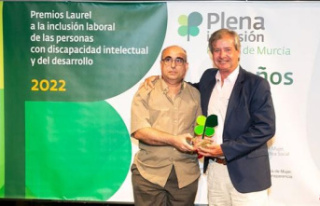