After the summer, Aena will award the first contract of the Barajas real estate plan 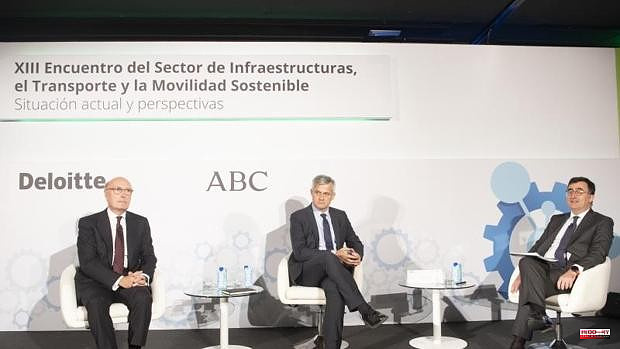 Aena continues to take steps to launch its macro real estate project at the Adolfo Suárez Madrid-Barajas airport. The public company plans to award one of the first phases of the plan after the summer, referring to the logistical development of the land adjacent to the airport.

This was explained by the general director of Aena airports, Javier Marín, during his speech at the XIII Meeting of the Infrastructure, Transport and Sustainable Mobility Sector organized by Deloitte and ABC. Marín explained that the "offers presented are very good" and "the process is continuing". The public company, which tendered this project last year, offered the market a 28-hectare lot where a logistics surface of close to 150,000 m² can be built.

The contract, the first to be awarded in relation to this project, also includes another 4 hectares for green areas.

Marín also explained that the public company will continue to carry out phases in the coming months in the Barajas and El Prat developments, although he also recalled that it is also working on real estate projects at other airports.

The public company also sets itself the objective of "recovering activity and maintaining efficiency". In addition, although he does not have capacity problems, Javier Marín has recalled the need to prepare large projects so that plans such as the expansion of Barajas are developed in the company's next five-year plan (from 2027 to 2031).

Asked about the conflict with its tenants, Marín has assured that the litigation is continuing in the courts and has highlighted that there are stores that are already registering more spending per passenger than in 2019. The manager recovered 90% of the activity in April and 98% of takeoff and landing operations.

Beyond Aena, the Secretary General for Housing at the Ministry of Transport, David Lucas, recalled that the State plans to invest 10,000 million euros in housing over the next four years. "We want to tackle the problem of access to housing from several fronts," Lucas pointed out.

Lucas, however, has reached out to the private sector by explaining that the Government cannot increase the sustainable housing stock on its own. "We have more resources than ever, but they cannot be implemented if it is not in a public-private collaboration system."

The Executive has several projects underway to increase the public housing stock. Among them, the acquisition of land from other ministries (especially Defense) to develop housing. In addition, it intends to use the social banking fund and the Sareb portfolio to use up to 15,000 homes. And it negotiates with the large holders so that they cede the use of up to 30,000 properties.

1 'Great Prospector' - 'Kitty Marion',... 2 The mockery of the shirts: this is how the designs... 3 Europe's central banks will raise rates July... 4 Record-breaking 100 Pounds average cost to fill up... 5 Mónica Oltra, on the request for imputation of the... 6 Greece: An appeal court reverses Iran tanker seizure... 7 The Generalitat will not prioritize Catalan in selectivity 8 Hidraqua and the UA promote a series of conferences... 9 Intellectually disabled people will do internships... 10 Cases of monkeypox in Madrid rise to 275 after adding... 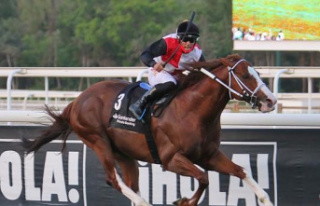