In recent years, the number of international students who enroll in the main business schools and Spanish universities to carry out their postgraduate studies has not stopped growing. 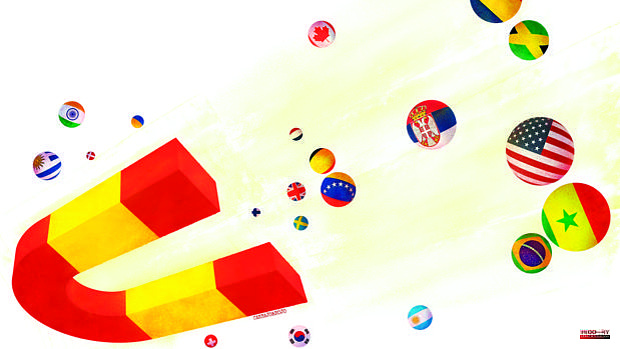 In recent years, the number of international students who enroll in the main business schools and Spanish universities to carry out their postgraduate studies has not stopped growing. Despite being a country with still many deficiencies in terms of language teaching, some educational centers have followed the strategy of internationalizing their students, achieving great results. They have managed to attract talent from other countries and it is also that "the teaching staff, the rest of the students and the atmosphere of the large Spanish cities play an important role", highlights Ramón Rodrigáñez, co-founder

To appear on the map, the commitment to master's degrees in English has been key.

At IE Business School, for example, 92% of its master's students are foreigners. «It helps a lot that the learning method is based on an Anglo-Saxon system, where theory and practice are combined and that the classes, jobs and projects are closely linked to the business world from the beginning. It attracts students who are interested in that part of America”, highlights Norman Kurtis, Dean of Programs at IE Business School. He also recognizes that Spain as a destination helps to attract these students, "and Madrid in particular because it is a very friendly and safe city, especially for those who come from Latin American countries." Kurtis points out that in order to bring in that talent from abroad there are issues that must be addressed, such as "adapting your admission model by understanding what the score of each country means and having a model for integrating students." In the case of IE, "work is being done to make the environment inclusive." Achieving this high percentage of foreign students “is not by chance, it is the result of many years of work. A strong bet was made with all the classes in English », he adds.

At IESE they also chose to attract students from abroad and today at the school “we can be talking about 50 nationalities. It is fascinating and a privilege for those who participate. Much of the success of the master's degree is the participants themselves, what they learn from them," says Wim den Tuinder, director of the International Exchange Program at IESE Business School. Hence the richness that students take away from this experience. Remember that not everyone comes to Spain to study with the aim of staying later to work. “They want to strengthen their apprenticeship and then seek placement faster. They are ambitious people, they know very well what they want, they make an ambitious investment », he acknowledges. But he believes that more opportunities could be generated for this international talent to find more opportunities in Spain.

After completing postgraduate studies, the most common thing is for foreign students to return to their country or go to another, either for personal or professional reasons. The truth is that many times they leave “because they don't find opportunities in line with their training or with the projection of the position. Or, if they do find them, perhaps they are not as valued as abroad," says Rodrigáñez. He recalls that the average annual salary in the 10 main economic engines of the EU amounts to 40,350 euros, while in Spain the figure stands at 26,934 euros. The limitations of English in Spain are also a brake on attracting this talent. "A limited command of the language as a society is an obstacle both when it comes to attracting talent, investment or also when it comes to attracting multinational companies, which will need to recruit employees who speak English fluently in order to communicate appropriately with the rest of the business”, highlights Marta Grizzaffi, Marketing Manager of the Kaplan language group.

Despite these difficulties, we also find cases of international talent developing their professional career in our country. This is the case of Nour Abou Abdou (35 years old), a native of Kuwait. She is a former MBA student at the IE Business School, she is currently working in Madrid, at Amazon. After studying at Kuwait University and SAE Institute (Georgia) she considered a new postgraduate degree and conducted an intense search. “She attracted me to the practical part of the MBA at IE”, recalls the young woman for whom the master's degree was a great experience, “because of the diversity, you learn a lot from the other students”. She was determined to stay in Spain, although she assures that «there are not many international companies that look for my profile. In Marketing and Communication it is important to speak Spanish». She got an opportunity to work at Amazon, with international responsibilities, and she is delighted.

The young Italian Edoardo Bianchi (27 years old) completed the Esade Master's in Entrepreneurship and Innovation in Barcelona in 2017 and despite having international offers, he opted for Spain. He is a senior venture developer at Antai Ventures, an international entrepreneurship studio. “I studied Business Administration in the US and Italy and wanted to enter the world of technology and entrepreneurship. The Esade master's degree was one of the options I had and I decided on the offer of studies and the quality of life", acknowledges Bianchi, who recalls the "quantity and quality of talent that the master was able to attract". After his studies, he was open to going where the best option for his development was, and he found it in Spain. He weighed heavily on the fact that in 2017 in our country «the technological world was already growing and he could enter a role that would help that growth. I liked the idea of ​​being part of this ecosystem, creating companies, investing... », he indicates. He entered the company as an intern and gained responsibilities. Now "part of my job is to find the new trends from which projects arise and associate them with entrepreneurs."

1 The Launching Ramp of Entrepreneurship 2 Energy triggers the costs of the countryside, public... 3 Spectacular Ledecky: the American leaves Budapest... 4 Nadal, defeat with good feelings 5 The ups and downs of the LaLiga teams live: Morales... 6 Aleix's indignation, who charges against Race... 7 Poor Spanish participation in the Mediterranean Games 8 The sons of Scottie Pippen and Shaquille O'Neal,... 9 FINA does not allow Anita Álvarez to compete in the... 10 The war continues over the failed bid for the 2030... 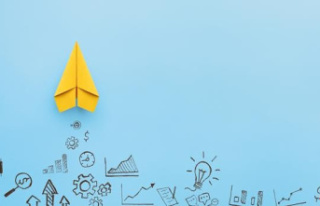