The Minister will have more men on maternity leave, in order to increase gender equality

Denmark has fallen back on ligestillingsrangliste. It is not satisfactory, says Mogens Jensen (S). There is still a large piece of work to increase the Danish 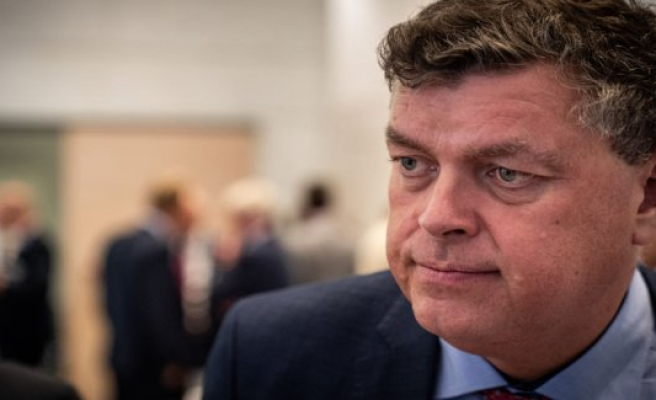 Denmark has fallen back on ligestillingsrangliste. It is not satisfactory, says Mogens Jensen (S).

There is still a large piece of work to increase the Danish gender equality.

that is How it sounds from the minister Mogens Jensen (S), after Denmark in the annual report on equality by the World Economic Forum (WEF) has dropped from a 13.-place in 2018, a 14.-place in 2019.

- It is clear that it is not satisfactory with the position, Denmark.

- It just shows that we continue to have a variety of challenges on gender equality, as we should have tackled. The government will, and I put us in the forefront of efforts to get to tackle, says Mogens Jensen.

In relation to the latter, the EU has already decided to earmark two months of parental leave for men in all member states. It is expected to be introduced in Denmark by 2022.

It is a proposal that the government listens to in the work to implement it, the EU directive.

- There is no doubt that the government wants to ensure a situation where men take more maternity leave than they do today, says Mogens Jensen.

- This work is under the auspices of the minister of employment, where he just sits together with the social partners, and to find out which system to apply in Denmark on the basis of the EU directive, there is.

- There are recorded from the Danish Industry a good record, which will also be included in the work, he says.

In the latest report on equality from WEF topper Denmark's nordic neighbours the list of the countries that are the most equal in the world.

Iceland, Norway, Finland and Sweden is thus located on the upper seats.

1 Company from storebæltsulykken has been running with... 2 Protesters blocking the driveway to the slaughterhouse... 3 A young man suspected of attacks on girls across the... 4 Fremmedkriger rallies minister for deprivation of... 5 Children's organisations: Using children against sexual... 6 Putin on the possible removal of the Trump: I do not... 7 Chinese woman jailed for helping 500 pregnant women... 8 Scottish leader will go a long way in order to vote... 9 EU ruling: Catalan separatistleder should have been... 10 Sydney has got a very special christmas tree Company from storebæltsulykken has been running with...