Tous break the law by selling pieces of jewelry filled with a non metallic material, says a report from the Civil Guard who work in the summary of the research Tous break the law by selling pieces of jewelry filled with a non metallic material, says a report from the Civil Guard who work in the summary of the research that you have opened against the company in the National court for alleged fraud and misleading advertising. The report states that “one can infer that the purpose of this practice is to lower the cost” to keep the weight and the appearance of a solid piece.

The association of jewelers defends Tous: fillers are non metallic-as-usual “in the sector” The Hearing is investigating an alleged scam with the jewels of Tous: an association complaint that are filled with plastic

The tests conducted before a notary by the association of consumers and users of jewelry Consujoya, that he was the one who reported the case, allow the Guardia Civil Cordoba hold in his report that Tous marketed under the denomination of sterling silver pieces that are “inside stuffed material is not metal”. A practice that, according to the analysis of the legislation that make the researchers, it is not legal. The filling of parts of precious metals is only allowed, the report adds, “in three cases, which do not correspond with those studied”: it can be used to provide stability only to vases, chandeliers or similar, but “not for pieces of jewelry”.

The Civil Guard also ensures that the laboratory responsible for the contrast —the mark that is recorded in the objects made with precious metals as a guarantee of its purity— should be “verify the density and the law,” and notes that the laboratory Applus Laboratories with which it works Tous “should have detected the presence of a non metallic material”. He adds that the law mandates that the composition is the same in all parts of the object, and concludes: “These pieces should not have been contentious ever as of silver of the first law.” The researchers believe that the company is “in collusion” with the lab.

José María Bosch, managing director of Tous, acknowledged yesterday before the judge that the pieces of silver in the form of the iconic bear of the brand are filled with a material similar to plexiglass, but added that this was a technique permitted by law, reported legal sources. “We are pleased how it has passed the attendance”, he said after Tous in a press release. The Spanish Association of Jewellers, Silversmiths and Watchmakers came to the defense of the Catalan company with another statement in which he assured that Spanish law allows for the manufacture of objects with precious metals with fillers and that the technology used by Tous is “common, normal and usual in the sector”.

This technique, called electroforming or electroformado, was the protagonist of the interrogation to which he subjected the prosecutor José Javier Polo to the charge of Tous. “The fillers are part of the technique of electroforming, which allow to provide to the jewel of the volume, and vary the design”, ensures for its part the statement of the association of jewelers, in line with what is stated in judicial office by the head of Tous. The association adds that the use of this filler does not reduce the law of alloy, that is to say, a silver jewel, you can take it and remain a jewel of sterling silver.

The two pendants Tous that the association complainant brought to the laboratory Ecomep in December 2018 in order to analyse its content of silver were “illegal commercialization”, says the report, signed by its director, Fernando López Gómez, and obtained THE COUNTRY. The paper concludes that the pieces “can not verify” because the regulation of Law of Precious Metals prevents when they contain a metal filler other than those listed in the standard. Lopez testified before the Civil Guard and pointed out that the pieces were jewellery, not jewelry, as published by The Independent.

The company has filed an appeal against the order of judge Santiago Pedraz in the agreed initial inquiry and cited as investigated to the leaders of Tous and in the laboratory Applus. In he demands that is imposed bail to the popular accusation and complaint that the move interests “spurious”, according to legal sources.

“The technique used is not regulated in the law. You can tell that it is plated or has a gold-plated or silver, but they don't sell at the price of gold and silver when it is not,” said Magdalena you Train, the lawyer of the association complainant, after the declaration. “They refuse to understand that what they have to sell is jewelry,” she stressed.

1 Comparator | in-depth Review of the five best electric... 2 Adif has paid 144,5 million to the construction of... 3 Endesa is committed to hiring 1,000 people over the... 4 Mr. Josep Oliu (banc de Sabadell) does not rule out... 5 Tyson, kayak and dance, stimuli for Gauff 6 The Government plans a repeal of the labor reform... 7 The modern diesel, neither slow nor noisy 8 The production of vehicles is saved in 2019 by the... 9 The australian branch of the ACS suffers a loss of... 10 Tesla reach 100,000 million dollars in a Bag and exceeded... 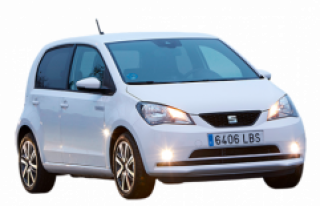