The 70,000 public employees must pay their christmas party: 'I think it's absolutely absurd'

at Least 74.837 employees in the country's three biggest municipalities, even to the pockets, if they will hold a christmas party with colleagues. It shows a at Least 74.837 employees in the country's three biggest municipalities, even to the pockets, if they will hold a christmas party with colleagues.

Thus, there is a clear picture of the municipal employees in Copenhagen, Aarhus and Odense, not get the many money to hold a christmas party for.

Where 74.837 fully or partly pay, other municipal staff secured a grant of about 150-200 kroner per employee.

Money that goes to christmas dinner, entertainment, oppyntning, and what else belongs to when christmas should be celebrated with colleagues.

One of them, who no longer get a subsidy for your christmas feast, Malene Markvard Andersen.

"I think it's absolutely absurd that we will get nothing," says Malene Markvard Andersen, who is hjemmesygeplejerske in Hjallese group in Odense.

For it is not only the christmas party, she and her colleagues must look far.

"It is fair enough to save, but not that it goes out over both the christmas party, christmas gifts and even juleslikket, which we have hitherto been, when we are at work on the holidays of christmas," she says and continues:

"It is something that will be talked about among colleagues, and the mood is a little depressed."

She is employed during the Older and Handicapforvaltningen in the Municipality of Odense. And here's your christmas been cancelled for the 4.500 employees, writes Fyens Stiftstidende.

Executive director of the Older - and Handicapforvaltningen Gitte Østergaard tells to B. T., that it was a necessary decision.

"We have a very strained economy and have decided to only spend money on what is really necessary."

'It's not us, who spend the money'

"We already have an over, as we must earn it again next year. If we gave subsidies to the Maksibet employees ' christmas party, should the money be retrieved on the next year's budget," says Gitte Østergaard, together with the management Committee, where the employees are represented, made the decision.

But the argument amazes Malene Markvard Andersen over.

"It's not us on the floor, who spend the money. In the other administrations are able to afford to give grants to the employee christmas parties, and I can't imagine that there will be spared on those who are higher up in the system," she says.

Why is it so important to have a small contribution to the christmas party?

"It serves as a recognition of our work. So it would be a nice gesture to get."

"We have chosen to hold a christmas party paid from his own pocket, because we believe it is important for the unity and social togetherness. But I know of other groups that don't hold the christmas party this year," says Malene Markvard Andersen.

According to Gitte Østergaard has been used around 900.000 dollars on christmas parties of the year in the Older and Handicapforvaltningen. She expects that this year's exercise in cutting expenditures becomes a 'one time thing'.

What would you say to those employees, who are wondering that there is no council for a grant towards their christmas party, when the other employees of the municipality receive a?

"As director of the Older - and Handicapforvaltningen it is my responsibility, that the economic framework is being complied with. But I understand that people wonder about the differences."

1 Sexuality school students dropping in the bath after... 2 Study: Eight out of ten young danes do not move enough 3 Criticism of the Aula: Skoleintras replacement contains... 4 The rector at the national film school stops after... 5 Psychologist: Parents, beware of the trap 6 B. T. considers: Judge the terrorist in Denmark 7 Am I the only one who think that it is the game strange? 8 20-year-old Christian thunders: Abolish it! 9 Future president of the european UNION trust in Denmark,... 10 See B. T. s grades: Randers-player was the best 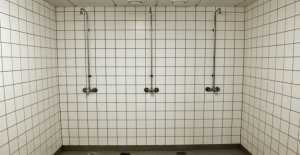 Sexuality school students dropping in the bath after...