So is the salary of the officials, of the ministers and the president of the Government after the pay rise

This Wednesday is published in the Official State Bulletin (BOE) of the decree-law that approves the increase of 2% of the salary of the officials. The increase This Wednesday is published in the Official State Bulletin (BOE) of the decree-law that approves the increase of 2% of the salary of the officials. The increase applies to all charges, and you could add an additional hike in function of the evolution of the GDP. The climb had been negotiated between the unions and the previous Executive led by Mariano Rajoy for 2018, 2019 and 2020. The current president of the Government, Pedro Sánchez, has promised to keep it, but postponed the planned hikes for this year to the formation of a Government.

The rise of the salary of officials will entail an additional expense of 3.212 million officials will gain more than three percentage points of purchasing power in three years,

The measure, which according to the minister of Territorial Policy and Public service, Carolina Darias, will benefit 2.5 million workers, comes into force with retroactive effect from 1 January. The decree establishes a rising fixed 2% —plus 0.25% additional approved last year— and a variable, linked to the evolution of the economy. For a GDP growth equal or superior to 2.5%, —something very unlikely because the forecasts of the main homes of analysis and international agencies are located below this objective—, the additional hike will be 1% and will decrease in a proportional manner if it is situated below the 2.5 per cent, at a rate of two-tenths for every tenth less growth.

in Addition to these calculation rules, the decree published on Wednesday reflects how is the rise of the salaries of the officials, including senior officials, from the president to the vice-presidents of the Government and the magistrates, among others. According to the tables shown in the text, the higher fees will correspond to the president of the Constitutional Court, with 156.171 euros gross per year. The chief Executive, for its part, has assigned to it a salary of 84.845 in 12 payments. These are some of the compensation to 2020 after the wage increase:

Officials. payroll regular of these workers will depend on the group to which they belong, and in 2020 will range from 7.142 euros of the group And to the 14.442 of the A1, plus the bonuses in June and December and the three-year periods (of 175,8 to 555,8 euros). Added to this are the complement of the target, depending on the level of the job (from the 1.195 € 12.615), the specific (according to the responsibility and complexity of the position) and the productivity, that you can assign the head of the department in function of the performance and of the appropriations available.

High-ranking Government officials. The salary of these public figures is distributed in 12 monthly installments without any right to extra pay and without prejudice of the compensation for seniority which they correspond. The president of the Government is not the one that has the highest salary. Pedro Sanchez will perceive 84.845 euros per year, 2.25% more in comparison with the last year, compared to 92.245 euros from María del Carmen Barrera, president of the Economic and Social Council. He is still the president of the Council of State, Maria Teresa Fernandez of the Vega, with 84.436 euros per year, and the four vice-presidents (Carmen Calvo, Pablo Iglesias, Nadia Calviño, and Teresa Ribera), with 79.746 euros. 18 ministers will receive in 2020 remuneration of 74.858 euros, compared to 73.211 of 2019.

State Secretaries, under-secretaries and directors-general. the remuneration of these charges consists of a salary plus add-ons. The secretaries of State and assimilated you are, the more they earn. In total, 72.768 euros per year (14.097 of base salary, 22.914 add destination and 35.755 of specific add-on), plus you pay extra for June and December. The assistant secretaries shall receive 64.516 euros per year in 2020, and the directors-general 55.163 euros gross (plus the two bonuses established). These three categories of officials also have recognized the complement of productivity.

General Council of the Judiciary. Justice officials are the ones who receive the increased fees. The president of the Supreme Court and the General Council of Judicial Power (CGPJ), Carlos Lesmes, you will receive in 2020 141.239 euros, an amount comprised of a base salary of 28.701 euros to be divided in 14 payments and other remuneration totaling 112.538 euros per year, distributed in 12 payments. The members of the CGPJ will receive 121.811 euros and the secretary-general 119.003 (also in this case, the base salary divided into 14 payments and other remunerations in 12). The decree provides that those vowels which do not serve exclusively receive a per diem for attending the plenary sessions and commissions.

Constitutional Court. The president of this body, Juan José González Rivas, is the most charged between salary and remuneration, both to hand out in 14 months. In total, the figure rises to 156.171 euros. The vice-president of the high court has assigned a fee of 146.795 euros per year (14 monthly payments) and the presidents of section 139.613 (also in 14 pays). It is followed by the judges, with 132.431 euros gross per year, and the secretary-general (116.094), to be distributed in 14 pays.

Court of Auditors. The president of this institution, María José Font, you'll 122.168 euros (gross) this year to hand out in 14 monthly instalments. The same amount is allocated to the presidents of section and the directors. The secretary-general will perceive 105.177 euros gross per year. In all cases the amounts will be divided in 14 payments.

Career prosecutor and the judiciary. These professionals will receive in 2020 a base salary that ranges of the 25.976 of the president of the National court to 19.504 of a judge, to be distributed in 12 monthly installments. For the prosecutors, in function of the position, the payroll varies between 25.077 and 19.504 euros, also in 12 monthly installments. In both cases, both for the career prosecutor as to the judicial, add the two bonuses, the remuneration by seniority or three-year periods and the remuneration complementary, variables, and special. The Supreme Court judges will earn between 119.131 and 116.031 euros per year (the salary, 28.291 euros, divided into 14 payments, and other remuneration, of 87.740, 12) and the attorney general of the State, 123.535 euros in 12 monthly instalments and without paying extra.

1 Narrow-band and ‘big data’, the antidote to Spain's... 2 The association of jewelers defends Tous: fillers... 3 Ibiza - Barcelona live, continues to the Copa del... 4 Government, employers and unions agree raise the minimum... 5 Continental will present a redundancy PLAN to lay... 6 Quique Setién: The possession makes the opponent... 7 Standard & Poor's sees margin to go up this year the... 8 Zidane: Bale has sprained a little to the ankle, could... 9 The Athletic eliminates the Elche in the shootout... 10 The Civil Guard accused Tous fill your jewelry to... 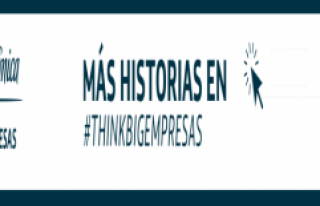 Narrow-band and ‘big data’, the antidote to Spain's...