A minimum wage in the EU, which can threaten the Danish model is on the way. Employment will limit the damage. Powerful forces in the EU work for a minimum wa 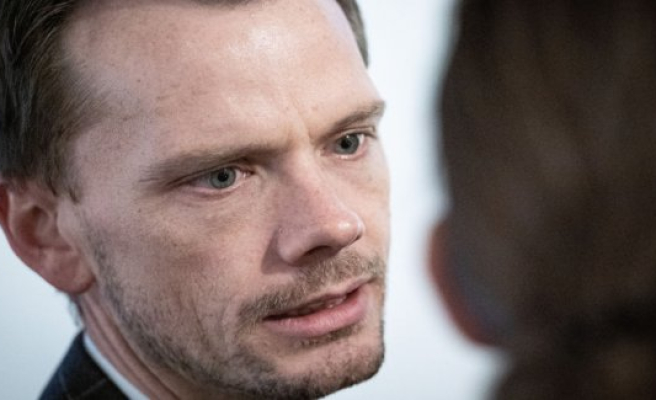 A minimum wage in the EU, which can threaten the Danish model is on the way. Employment will limit the damage.

Powerful forces in the EU work for a minimum wage, and for the EUROPEAN Commission it is a top priority.

it Can not be stopped, the damage should be limited. It is the idea both in the government and in the trade union movement.

A model which the EU Commission is considering is to develop the plan through a framework directive. It will be a direct threat to the Danish labour market model, where employers and trade unions make agreements.

It takes the minister for employment Peter Hummelgaard (S), therefore, is "highly worrisome".

- So you risk to leave very much room for interpretation to the EUROPEAN Court of justice. We are strongly concerned about the form, which you will promote with this proposal, he says.

the EUROPEAN Court of justice has several times overruled a national practice, even if in the directives are enrolled reservations, which should prevent this, in arbejdsmarkedssager.

the Minister has set aside Monday in Brussels to influence the other EU countries, the EU Commission, parliamentarians and to talk with the european trade union movement.

- This proposal will, in the best of all worlds give a lot of hassle. In the worst risk in the long term, completely destroy the Danish labour market model, he says.

the EU commissioner for employment, Nicolas Schmit, said that a minimum wage is not going to affect the systems as in Denmark, where the social partners negotiate wages and conditions.

- It is a positive that he seems to both understand and would respect the Danish labour market model. But, and it is a very big but: the Devil is in the details, says Hummelgaard.

the Minister assesses - the Danish trade union movement - that certainly is going to happen and the damage must be limited.

The best outcome would be according to the Hummelgaard be a recommendation.

Is there not the political will for it, he hopes that the EU countries that have and want a statutory minimum wage, can design it in a so-called "enhanced cooperation" under EU rules only applicable to these countries.

the Assessment in the Danish trade union movement is that the EU treaty does not give the opportunity to make a directive about the minimum wage.

- But it is there some in mr schmit's legal department, is contesting, says vice-president of The trade union's principal organization Bente Sorgenfrey.

The legal memos, which the trade unions have been made, shows that the EUROPEAN Court of justice will be able to override the Danish model.

- If the EU-Commission could give us some guarantees that it will not happen, we would probably breathe a little easier. But they have not been able to yet, she says.

the EU commissioner Schmit has not returned to the question from the news agency Ritzau.

1 31 people are hospitalized - five dead after volcanic... 2 Diana's party dress was not sællert at the London... 3 High school stopped the students 'babe-calendar':... 4 Five arrested in connection with the explosion 5 The WORLD cup-the joker Rej feared a broken nose 6 Police warn: Trees pass out 7 Klimaministeriet takes the first tentative steps towards... 8 Prosecutor's office opens investigation into Qatar... 9 OB-wingback was back after three months: Big redemption 10 School children in mass brawl - was arranged in advance