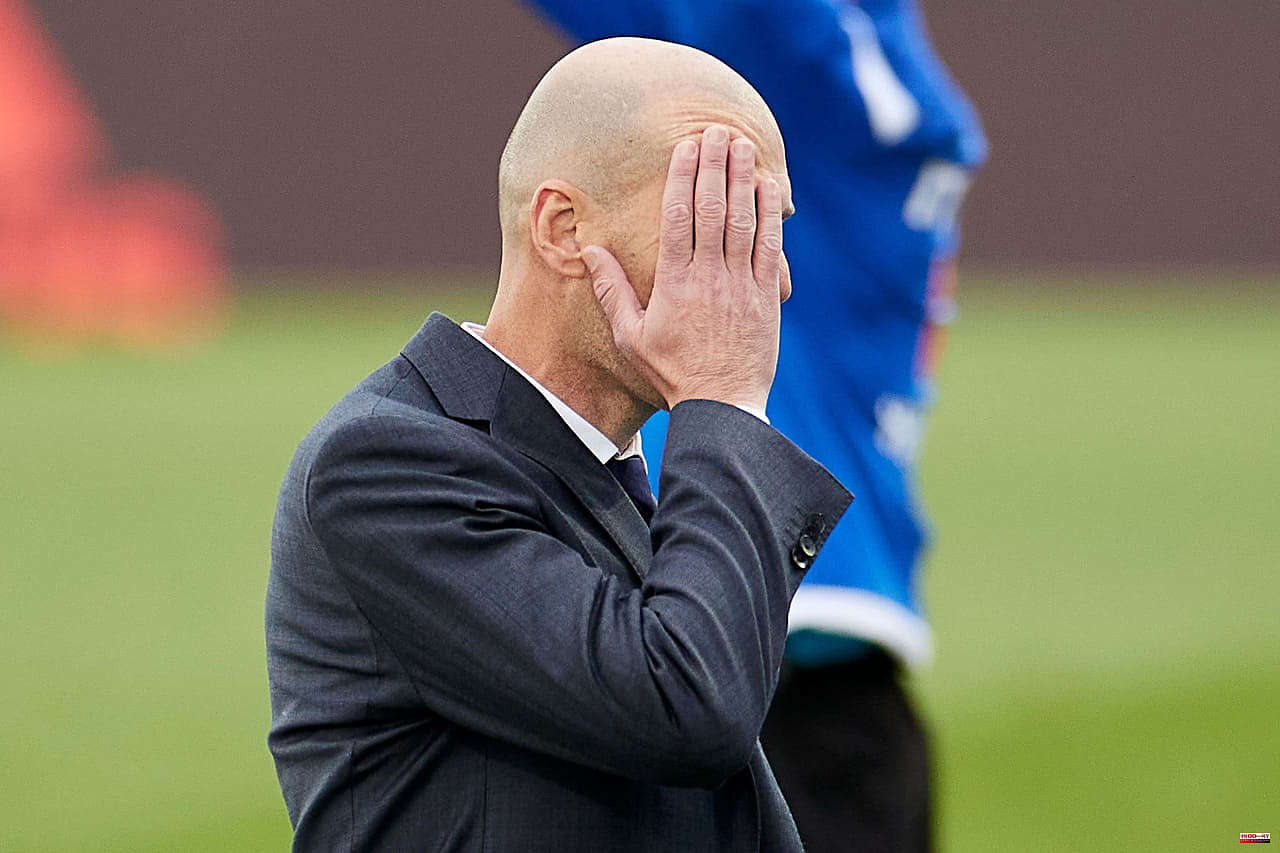 ZIDANE. Without a club for several months, Zinédine Zidane could well take the direction of PSG according to a Spanish media.

If some football stars will animate the next transfer window, some coaches also starting with a certain Zinedine Zidane. Without a club for almost a year after leaving Real Madrid, the French could bounce back to PSG. If a few months ago the rumor evoked a meeting between the leaders and the players, the Spanish media EL Nacional evokes this Monday, May 10 an agreement between "Zizou" and Paris. Information obviously to be taken with caution because even if the world champion is a name checked off the PSG list, there is currently no indication that he will replace Mauricio Pochettino. The media also indicates that the French technician would try to convince Karim Benzema to join him, he who would be disappointed with the "weak" extension to Real.

In an interview with L'Equipe, the president of the FFF Noël le Graet however opened the door to a departure for PSG when he was asked about a possible succession of Zidane in place of Didier Deschamps. "In the minds of the French, he can be a successor. But that's not my goal. We'll see. If Didier Deschamps and I separate, he will surely be one of the options. I'm not trying to tell me: 'As long as Didier says no to me and I go see Zidane'. You see me saying today: 'Is it Zidane who will replace Deschamps?' We'll see. Zidane may take PSG. For the France team, you have to be free."

According to information from Le Parisien, a meeting was organized during the second week of the All Saints holidays. But according to the Spanish press, AS in particular, "Zizou" would not necessarily intend to take control of the PSG team. Le Parisien explains that the first contacts were made during the summer of 2021, but without a convincing result, the former playmaker wanting to rest. An internal source from Qatar would push for the former Real coach. "At Barça or Real Madrid, it doesn't happen like that… With a coach who is used to managing the stars, it wouldn't happen like that…"

World famous football player, Zinedine Zidane distinguished himself as a centerpiece of the France team, world champion in 1998 and winner of the European Nations Championship in 2000. Nicknamed "el maestro" by the Italians after his passage at Juventus in Turin, Zidane is recognized as an outstanding football tactician. After five years in the jersey of Juve, the attacking midfielder joined the prestigious club Real Madrid in 2001.

Born in Marseille on June 23, 1972 into a family of Kabyle origin, Zinedine Zidane became interested in football at a very young age. His first club was US Saint-Henri, near La Castellane. While spending three days at the CREPS (Regional Center for Physical Education and Sports) in Aix-en-Provence, he was spotted by the AS Cannes recruiter. He began training there in 1985. Zinedine Zidane worked and perfected his skills at the Cannes training center for six years. He rubs shoulders with professional players and also plans to make a career in football. He turned professional at the age of sixteen and it was in 1989 that he played in the First Division for the first time. This match opposes him to the FC Nantes team at the La Beaujoire stadium. He scored his first goal in the First Division in 1991. On this occasion, the president of the Cannes club (Alain Pedretti) offered him a car, a red Clio. The clubs follow one another, always more prestigious. The following year, he joined the Bordeaux club. There he meets Christophe Dugarry who becomes his friend. In 1994, Zidane was selected for the French team for the first time. During the match against the Czech Republic team, he gives France the two goals that allow them to finish in a draw. He was established in the France team in 1995 and Aimé Jacquet chose him as playmaker. Qualified in 1996 for the UEFA European Cup, the Girondins went to the final, but lost to Bayern de Munich.

After a fanfare debut in France, Zidane was not in his best shape when he played for Euro 96. Weakened by a dense season in Bordeaux and by a car accident, he painfully reached half-time with the Blues. final. However, his talents did not escape the very famous Juventus of Turin, which recruited him during the transfer window in the summer of 1996. Zidane experienced a few difficult months of adaptation. With the help of Didier Deschamps, he nevertheless adjusted his game to the Italian game and familiarized himself with this new life abroad. His efforts paid off as he won the UEFA Super Cup and the Intercontinental Cup in 1996. Two Italian championship titles will follow (1997 and 1998). Zidane will also be winner of the Italian Supercup during these two seasons, then vice-champion of Italy in 2000 and 2001. All this without counting two Champions League finals, in 1997 and 1998.

Zidane's career reached a new stage in 2001, when he was transferred to Real Madrid during the summer. The cost of this transfer breaks all records with an amount of around 506 million francs (more than 77 million euros) for a period of four years. With this new team, he won the Champions League in 2002. In the final match against Bayer Leverkusen, he scored a memorable goal for a right-hander (left foot volley). With Real, Zidane will confirm his stature as a contender for the title of best player in the world of the moment: he will win the UEFA Super Cup and the Intercontinental Cup in the same year. We can add to this list a title of Spanish champion and a supercup the same year (2003).

Zidane's passage by a big Italian club will make him a very great player from 1997, but it will take more to become a legend: in the French team, Zinedine Zidane wins the 1998 World Cup, in France and against the Brazilians , in an anthology final on July 12, 1998. The two goals he scored with a header will go down in history. This is the very first time that French players have reached the supreme title of world champions. Zidane received the Ballon d'Or and the title of best European player that same year. The great control specialist has reached an exceptional level of play. In 2000, he won the European Nations Championship with the Blues, a double (World Cup European Nations Championship) never before achieved in the history of football. "Zizou" is awarded the title of best FIFA player of the year. Its popularity in France is considerable.

After the two historic trophies of the France team, the return to earth is cruel for the Zidane generation. The Blues lost their title of world champions in 2002, during a completely failed World Cup. The bad results don't stop there. Two years later, during Euro 2004, the French team, led by the famous attacking midfielder, was eliminated in the quarter-finals by Greece (0-1). Zidane decided to retire from international duty in August 2004. But a dramatic change a year later, on August 3, 2005, Zidane announced his return to the French jersey "to help the French team" during the 2006 World Cup.

During the latter, designated captain, he led his team to the final thanks to his extraordinary game and his flawless run. He particularly distinguished himself during the quarter-final against Brazil. Named best player of the World Cup, he is at the top until the last minutes of extra time in the final. But he cracks in the face of Marco Materazzi's provocations and gives him a "headbutt" in the chest. Excluded from the match, he sadly ended his career watching France lose on penalties. It was on this whim that he ended his career. A terrible black spot as the epilogue of an exceptional career.

Amidst several UNFP (French football awards), UEFA and other accolades, Zinedine Zidane won the Ballon d'Or in 1998. He would finish second in 2000 and third in 1997. He was also voted best FIFA Footballer of the Year in 1998, 2000 and 2003. For many, he was one of the best players in the world. His mastery of control, his very good vision of the game and the quality of his distribution characterize this exceptional player. Pelé is full of praise for him: "He's the master, quite simply. I would put Zidane in the five best players (in history). In the last ten years, there hasn't been one others like him, he was the best player in the world".

Zinedine Zidane's post-career is initially rather vague. Zidane first devoted himself to charities, chained a few gala matches and received offers for a luxury retirement in a club in the United States or Australia. He finally returned to the world of football in June 2009, when he joined the management team of Real Madrid as an adviser to the president. In July 2011, "Zizou" became the club's sporting director after the departure of Jorge Valdano. On June 26, 2013, he was chosen as assistant coach to Carlo Ancelotti, still with Real Madrid.

In 2015, Zidane obtained his UEFA coaching diploma and his European professional license. He must pass the DEPF (professional football coaching diploma) in 2016. On January 4, 2016, he became coach of Real Madrid in place of Rafael Benítez, in the midst of a crisis for the club, which has just chained heavy defeats. The press was skeptical at first, but Zidane's style, between discretion, determination and a strong relationship with his stars, like Cristiano Ronaldo, was also going to take over on the bench. With Real, Zinédine Zidane will win everything: Spanish league (2017), Spanish Super Cup (2017), UEFA Super Cup (2016 and 2017), FIFA Club World Cup (2016 and 2017) . Above all, he will chain three victories in a row in the most prestigious competition, the Champions League, which he will win in 2016, 2017 and 2018, before announcing his departure from Real at the end of May 2018. He was recalled to the bench in March 2019, to take over from Santiago Solari, then left the club again in May 2021. 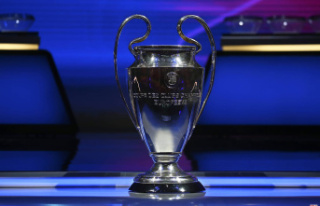