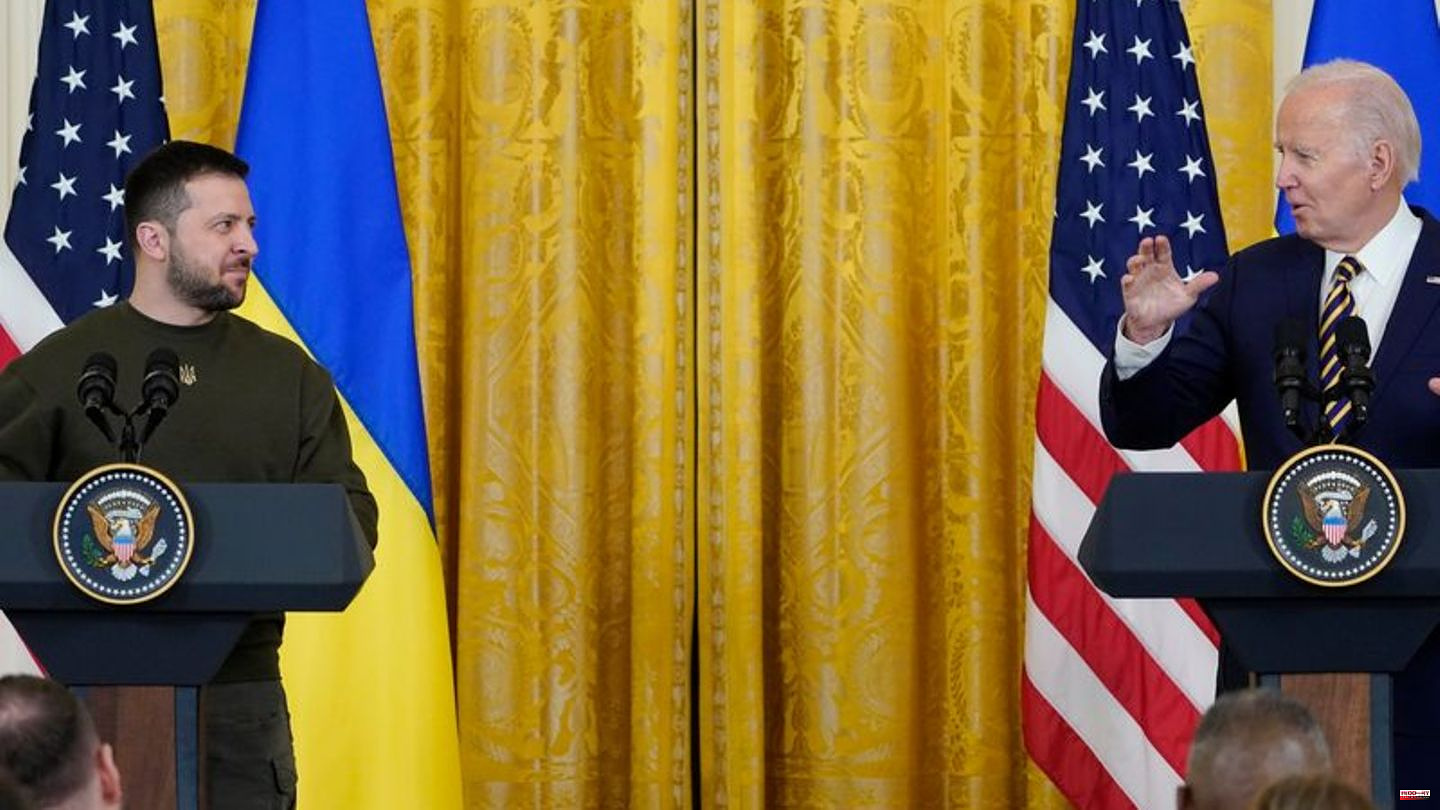 US President Joe Biden received him at the White House and announced further financial, military and humanitarian support for Ukraine. Among other things, his guest was assured of a modern Patriot air defense system and further ammunition supplies - and the greatest possible assistance from the USA as long as this was necessary. Selenskyj thanked him with haunting words for the support. Later he also wanted to give a speech before the US Parliament.

At a joint press conference in the White House, Biden assured Zelenskyj "that we will do everything in our power (...) to ensure his success". He has never seen NATO and the EU so united as in these times of war. With their help, Ukraine can be successful in peace negotiations because it has won on the battlefield. He will give Selenskyj a free hand when deciding when such talks will take place.

"Fighting for a common victory against this tyranny"

Zelenskyi proposed a global peace summit, which should focus on restoring Ukraine's territorial integrity and international order. Until there is a peace solution, every dollar of US aid to Ukraine will also serve global security. The Patriot air defense system will make Ukraine safer and protect both human life and energy infrastructure from further "terrorist attacks". "We are really fighting for a common victory against this tyranny," Zelenskyy said, referring to the Russian aggressor. "And we will win." Of that he is sure.

On the occasion of Zelenskyy's visit, the United States announced another military aid package worth 1.85 billion US dollars (around 1.7 billion euros). This also includes the Patriot battery. Overall, US military aid to Ukraine since the beginning of Biden's tenure has already totaled $21.9 billion. Billions more are to follow as part of the next US budget, which should soon be approved by Congress.

Since the beginning of the war on February 24, Zelenskyi had avoided traveling abroad. For appearances on the political world stage - for example at the G7 summit in Elmau, Bavaria - he always had himself connected digitally from Ukraine. When he asked the US Congress in March for the establishment of a no-fly zone to protect his country, he did so in a video speech.

Now he was flown in from Poland on a US government plane. Biden received him at the White House with a red carpet. While the US President appeared in his usual suit, Zelenskyy wore an olive green army sweater and matching pants. The guest was then taken to the US President's Oval Office, where there was a two-hour conversation - followed by the press conference.

Speaking to the journalists, Biden defended the internationally coordinated approach to arms deliveries: "The idea that we give Ukraine material that is fundamentally different from what it already has would break up NATO, the European Union and the rest of the world. " He was responding to the question of why Ukraine was not immediately provided with all the weapon systems it needed. "We will give Ukraine what it needs to defend itself," Biden said. He spent hundreds of hours convincing European partners how important Kiev's continued support was to them too. "They understand perfectly, but they don't want war with Russia. They don't want World War III."

For Selenskyj, it is the second visit to the White House since Biden took office in January 2021. The US President last received him in the summer of last year.

Russia's leadership had acknowledged Zelenskyj's trip to the USA with a warning even before departure and viewed the announced arms deliveries as a provocation. "All of this is undoubtedly leading to an intensification of the conflict and in itself does not bode well for Ukraine," Kremlin spokesman Dmitry Peskov was quoted as saying by Russian state media.

The US government had publicly warned early on about a Russian invasion of Ukraine, citing intelligence information at the time. Since the invasion began, the US and its allies have imposed tough sanctions on Russia. Added to this are aid payments in the billions to Ukraine and extensive deliveries of weapons and equipment for the defense against the aggressor. 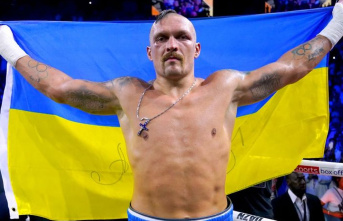