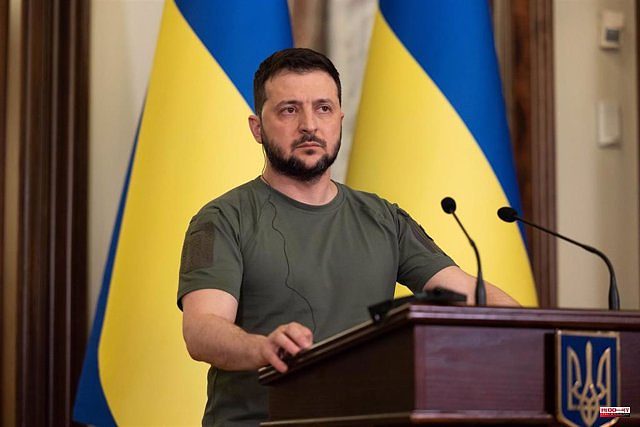 The President of Ukraine, Volodimir Zelenski, has assured that this week's attacks against Lviv, Sumy and Chernigov are an "attempt" by the Russian Army to "compensate" for a series of strategic failures in the east and south of the country.

The Russian authorities have assured this Tuesday that they have destroyed weapons sent by countries of the European Union and the United States to Ukraine in a series of attacks carried out against targets of the Ukrainian Army in the Lviv region, in the west of the country.

The spokesman for the Russian Ministry of Defense, Igor Konashenkov, has detailed that the Russian forces have eliminated "formations" of the Ukrainian Army in training centers in the provinces of Sumy and Chernigov.

Zelensky has also indicated that from Ukraine they continue to gather "the largest international audience" to put pressure on Russia and support the country "at all levels". "Information, diplomatic and cultural pressure is what we need," she added.

The Ukrainian president thus recalled the diplomatic talks he has had during the day, such as with the President of France, Emmanuel Macron, and the German Chancellor, Olaf Scholz, as well as his speech during the opening ceremony of the Cannes Film Festival.

Regarding this cultural aspect, the Ukrainian Defense Ministry has this very Tuesday issued a statement in which precisely that Russian troops are expolinating the museums of Jerson and the art collections in educational institutions in Crimea.

"On May 12, the Russian Army launched targeted raids on the homes of local historians, collectors and antique shops. Everything that has the least artistic or historical value is seized by force," he added.

Ukraine's Defense Minister Oleksi Reznikov said on Tuesday that Moscow's combined total of troops in Ukraine, including reserves, is 167,000 troops. In addition, he has warned that there is still a threat of cruise missile attacks from ships and submarines in the Black Sea area.

"Belarusian troops are actively maneuvering along Ukraine's border with Belarus. We are forced to reserve part of our forces in case Moscow puts pressure on Minsk and forces it to open an invasion," he said. has picked up the Unian news agency.

1 The United States considers easing sanctions against... 2 First day of terraces in France: "A year ago,... 3 Gallardo assures that the Junta de Castilla y León... 4 Canada extends its sanctions against Moscow and prohibits... 5 The United States concludes that the investigation... 6 2022 tax filing date: first deadline next week! For... 7 North Korea reports another six deaths from the first... 8 US Department of Justice requests access to transcripts... 9 The UN expresses its "serious concern" about... 10 Netflix cuts its workforce to cope with slowing growth 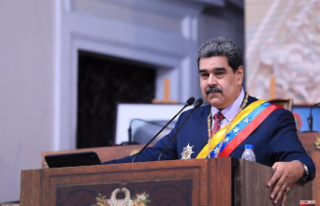