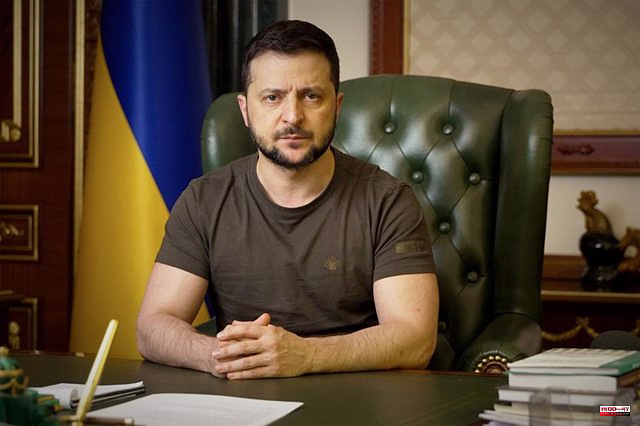 The president of Ukraine, Volodimir Zelenski, has indicated that he hopes that Parliament will support "in the near future" the extension that he has signed, through two presidential decrees, of martial law and general mobilization, which will extend until 25 May these two measures throughout the territory in the face of the Russian invasion.

"Our Army and all those who defend the state must have all the legal tools to act consistently," the Ukrainian president said during his evening speech, adding that they are "obliged to expel the occupiers and guarantee the real security of Ukraine." .

Zelensky thus presented this Wednesday the extension of the two measures, introduced for the first time on February 24 after Russian President Vladimir Putin announced the start of what he considered a "special military operation" on the territory.

The Ukrainian president has insisted on the idea that Moscow sends inexperienced recruits to Ukraine, throwing them into "battle" as "cannon fodder". In addition, he has said that Russian forces use phosphorous bombs to burn schools and ordinary houses, as well as missiles to attack "civilian infrastructure."

Zelensky has also referred to the 'wonder weapons' or 'miraculous', a German term, 'Wunderwaffe', used by the Nazi propaganda system that would give Germany victory during the course of World War II.

"Here we see that in the third month of a large-scale war, Russia is trying to find its 'wonder'. Supposedly laser. All this clearly indicates the complete failure of the invasion," the Ukrainian president stressed, adding that Moscow " afraid to admit that catastrophic mistakes have been made at Russia's highest state and military levels."

Zelensky also recalled the ratification of a law for the protection of political prisoners and prisoners of war and their families. "Today I have signed a law approved by the Verkhovna Rada on the legal protection of persons deprived of liberty as a result of aggression against Ukraine," he asserted this Wednesday.

Finally, Zelensky recalled the aid package announced by the President of the European Commission, Ursula von der Leyen, of 9,000 million in macro-financial aid, as well as the talks with the new president of the United Arab Emirates, Crown Prince Mohamed bin Zayed al Nahyan, with whom he has spoken about the food threat in the context of the Russian invasion of Ukraine.

1 The advisor to the Ukrainian Presidency affirms that... 2 German Foreign Minister says Russia uses hunger as... 3 At least fifteen "assailants" killed in... 4 An American and four Chinese accused in New York of... 5 North Korea reports one death and more than 260,000... 6 One dead and injured in attack in Russia near Ukrainian... 7 SMIC 2022: Mélenchon promises 1,500 euros, what impact... 8 Food voucher: amount, payment.. What it should contain 9 Mileage scale 2022: 150 euros gain on average! For... 10 North Korea has completed preparations for nuclear... 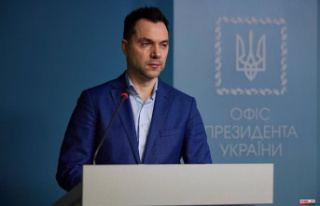 The advisor to the Ukrainian Presidency affirms that...