Young rental bonus: when can it be requested according to each community and who can do it

The young rent bonus seems to be already a reality. 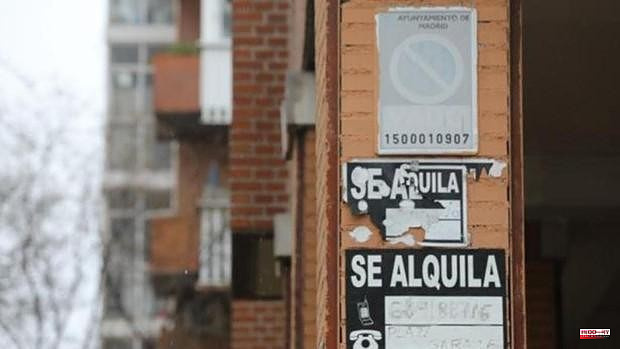 The young rent bonus seems to be already a reality. This measure, which was approved at the beginning of 2022, will allow the youngest to apply for aid of up to 250 euros per month in order to have access to housing. An aid that, for the moment, will go to 70,000 young people from up to nine different autonomous communities, in addition to Ceuta and Melilla.

[The labyrinth of aid for young people in Spain: At what age is the limit and why?]

This has been decided by the regions of Asturias, Galicia, Ceuta, the Canary Islands, Cantabria, Melilla, Catalonia, La Rioja, Madrid, the Balearic Islands and the Valencian Community, which have just requested the Public Treasury to send them the necessary money to start up this extent.

For its part, it is expected that the rest of the communities that have not yet requested it will end up completing the procedures during the next few days.

At the moment, the total budget that the Government will allocate to this aid for the youngest is 400 million euros to be spent in two years. Distributed among the communities, Andalusia, Madrid and Catalonia will receive the most money (34, 32 and 29 million a year), while La Rioja, Cantabria and the Balearic Islands will receive the least (3.4, 3.8 and 4.8 million). ).

According to the Official State Gazette (BOE), the requirements to apply for the youth rental bonus are as follows:

Those wishing to apply for the bonus may not own the home in which they reside, nor live in the property of a relative, nor have a business partner as a landlord.

[What alternatives are there to the young rent bonus if you can't ask for it?]

On the other hand, the relaxation of the income limits to access this rental aid will allow the income limit to be increased to 32,425.12 euros for the recipient who has to move to another province or autonomous community.

In addition, the Government has also set a "cap" for the maximum amount of rent, which may not exceed 600 euros, although it could rise to 900 in those areas where rents are higher if the autonomous community so stipulates. On the other hand, when renting rooms, the rent cannot exceed 300 euros, although, as with flats, it can go up to 450 euros.

On the other hand, the rental aid can never exceed the price of this. This young bonus will also be applied to each of the applicants and not to a particular home. Thus, in the same apartment, several colleagues can benefit from this same housing aid.

This provision may also be made compatible with other aid from the State Housing Plan 2022-2025, as stated in the Official State Gazette.

At the moment the deadlines or the way to apply for this young rental voucher are not yet known. What is known is that the autonomous communities will be in charge of processing it and reporting all the access details when the application date is established.

This help from the Government may be requested through the offices of the Department of Housing of the autonomous communities, both in person and online.

In addition, it has been confirmed that the amounts will be granted periodically and that this aid will only be granted for a maximum of two years, even if the requirements continue to be met.

1 Two sisters from Tarrasa in Pakistan are tortured... 2 The Generalitat Valenciana allocates 50 million euros... 3 Ximo Puig's brother blames the Generalitat before... 4 A kamikaze driver traveled at night in the opposite... 5 A minor stabbed at the door of a store in Vallecas 6 Four of the six cases of monkeypox in the Canary Islands... 7 The fans of Hércules will demand again on Sunday... 8 'The Boxing Night' returns to Valencia:... 9 A new hope for the most aggressive cancers 10 When is the 2022 Champions League final? 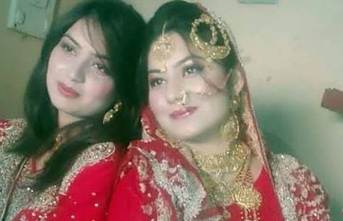 Two sisters from Tarrasa in Pakistan are tortured...